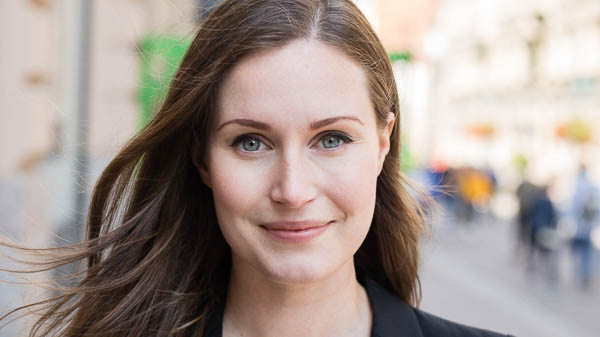 Speech to Parliament presenting the 2021 Government Annual Report for referral debate on Tuesday 7 June at 14.00

The Government continued systematically implementing its Programme in 2021 with a view to strengthening the economy after the COVID-19 crisis, implementing key reforms agreed in the Government Programme, and preparing for increasingly tense global political conditions towards the end of the year.

The health and social services reform adopted in summer 2021 is one of the most significant reforms of the current decade. Responsibility for arranging health and social care and rescue services will be transferred from municipalities and joint municipal authorities to wellbeing service counties as of the beginning of 2023.

This reform has been prepared over a long period by several governments. The work nevertheless continues, with the Government actively seeking to support the establishment of wellbeing service counties. Besides bills presented in summer 2021, the Government issued a supplementary bill on the reform in December and the major SOTE 100 package amending nearly one hundred current Acts of Parliament.

The long-awaited family leave reform was also completed in autumn 2021 and will take effect in August 2022. The reform improves equality in the world of work and parenthood, and more effectively responds to the needs of varying types of family. It increases the number of parental leave days and allows greater flexibility in taking such leave. The Maternity and Paternity Acts were also combined into a new Parenthood Act in 2021.

Preparatory work during the year included measures to ensure minimum staffing levels in child welfare social work, amendments to the Early Childhood Education and Care Act, and a proposal for binding staffing levels of social workers and psychologists in student welfare services.

The Finnish economy has recovered rapidly from the downturn in 2020. Economic growth was brisk in 2021, with employment rising to a high level and investment also growing rapidly.

A favourable employment trend continued throughout the year. Compared to the beginning of the parliamentary term, the number of people in employment grew by more than 70,000 as of the end of last year, despite enduring an historic crisis in public health and the economy. The favourable trend had already taken the employment rate to 73.5 per cent in December.

The Government has continued preparing several measures to boost employment. For example, a decision taken in 2021 to introduce a Nordic job search service took effect in May of this year.

Studies indicate that periods of unemployment can be shortened through regular meetings with jobseekers, active employment services and monitoring of jobseeking. The Ministry of Finance estimates that the new model will add about 10,000 people to the ranks of those in work.

The Government decided policy positions for the remainder of its term and the General Government Fiscal Plan for 2022–2025 at the mid-term and spending limits discussion in April. It also published a sustainability roadmap describing the current state of social, economic and ecological sustainability, and Government objectives for the 2030s.

The economic sustainability roadmap established the objective of halting growth of the debt ratio in general government finances and boosting the employment rate to 75 per cent by the middle of the decade. Government employment measures and actions to boost growth, most particularly preparation of the 4 per cent RDI target, will help to achieve this objective.

When beginning its term, the Government set a goal of national carbon neutrality by the year 2035, to be followed by a negative carbon balance at an early stage thereafter. The Government will also seek ways of halting the loss of biodiversity.

With a view to achieving these aims, last year included work to prepare the new Climate Act and Nature Conservation Act that the Government submitted to Parliament this spring. The medium-term climate plan and the climate and energy strategy will be submitted to Parliament this year, and will assign concrete measures for achieving emission reductions.

One such concrete measure that I would like to mention is the subsidy of EUR 15 million for electric car charging infrastructure in residential buildings, which last year assisted the construction of approximately 20,000 charging points or charging facilities. The Government has increased this and many other subsidies this year with a view to boosting the transition away from fossil fuels.

The COVID-19 pandemic that began in 2020 also cast its shadow over 2021. The Government has sought to minimise and contain the damage caused by the pandemic. Both in 2020 and in 2021, it decided on a wide range of measures to safeguard jobs and livelihoods, and to ease the financial position of businesses in the face of the difficulties caused by COVID-19.

So far, Finland has fared better in the pandemic than many of our peers in terms of impacts on public health and the economy. By providing timely and adequate support to people and businesses, and by introducing recovery measures, we have managed to soften blows to our economy and boost our recovery from them. One of our key tasks in coming years will be to eliminate the care and learning deficit that arose during the pandemic.

The European Union remains our main context and frame of reference. The Government continued pursuing an active EU policy in 2021, based on our common values. We are working for a socially, environmentally and economically sustainable European Union. The interests of Finland are best served by a European Union that is a strong global player and security community.

Government EU policy continues in several legislative projects to pursue the objectives adopted by our national Parliament. One key focus of influence has been the Fit for 55 package of measures seeking ways of achieving EU climate objectives. While negotiations are still continuing on many points, we have managed to secure common compromises that respect our views on such subjects as winter navigation.

Finland began preparing for new conditions when the security situation in Europe became increasingly strained towards the end of 2021. Russia created tension on the Ukrainian border, taking actions that questioned the very foundations of the European security order. It imposed conditions on EU and NATO countries regarding their own security choices, such as the right to seek membership of NATO. Acquiescing in the Russian demands would in practice have meant accepting a certain division between spheres of interest in Europe. It is a fundamental principle of European security that every country is entitled to make its own security choices.

While Finland took an active role in European Union work to defuse the tension, diplomacy and dialogue proved insufficient and in February 2022 Russia decided to launch a major war of aggression in Ukraine. These actions demonstrated that Russia has no respect for the mutually agreed European security system that forms the foundations of Finland’s foreign, security and defence policy. As a permanent member of the UN Security Council, Russia has a special responsibility to defend the UN Charter and international peace and security, but is now in flagrant violation not only of the UN Charter, but also of international law more broadly. Critics of Russian policy have been silenced in Russia.

The response of the European Union and partner countries to the actions of Russia has been strong and united. It is our common task to ensure that Ukraine wins this war.

Finland has consistently enhanced its capacity to care for the security of Finland and its people. We intensified bilateral and multilateral defence cooperation in 2021, especially with Sweden, the USA, Norway, France and the UK. Implementation of the defence report completed during the year will seek to safeguard our national defence capability in operating conditions that are hard to forecast.

Finland continued strategic projects to strengthen its defence capability. The Government decision to purchase new multifunctional fighter aircraft in the form of the F-35 system was a highly significant solution from this perspective.

Recent years have been exceptional in many ways. I would like to express my personal gratitude to the Government and to ministers, public officials and Parliament for their work over the last year.