Prime Minister Sipilä: Finland is in a good position to grow into a bigger climate actor than its size would suggest 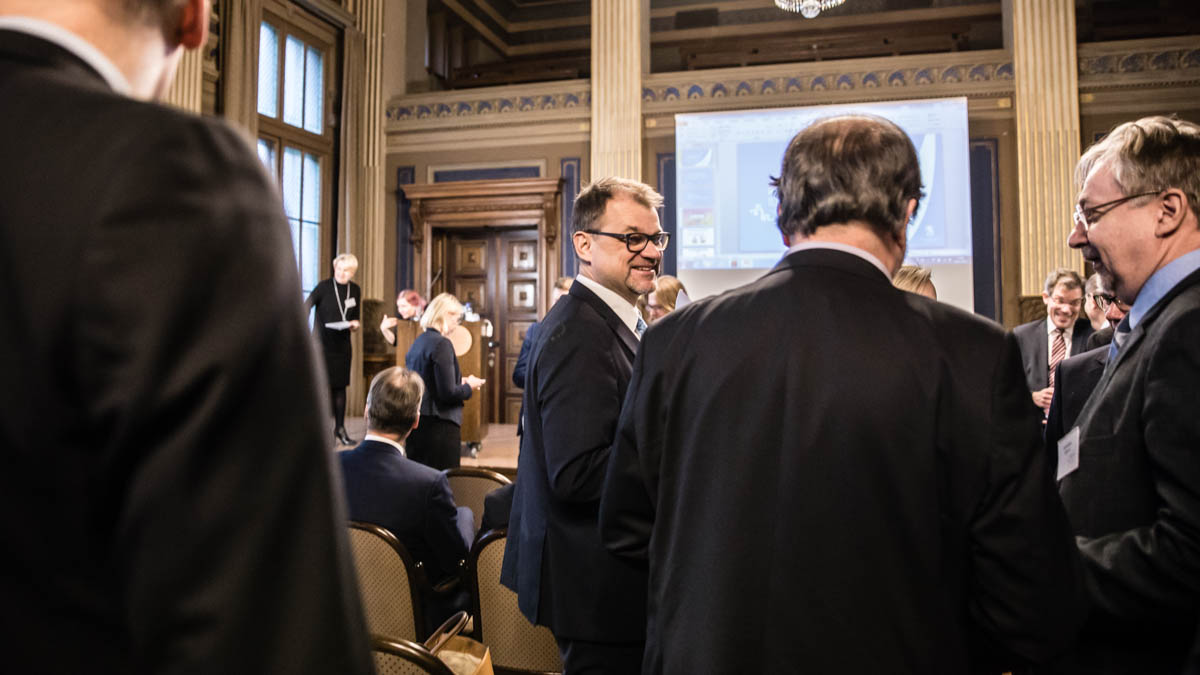 “The message of the Intergovernmental Panel on Climate Change (IPCC) Special Report on the impacts of global warming is clear. We have to take faster and greater climate action to mitigate climate change”, said Prime Minister Juha Sipilä when opening the climate change seminar held in the House of the Estates in Helsinki today.

“Finland can play a bigger role in Finding solutions to climate change than the size of the nation would suggest. We have to find economically, socially and ecologically best solutions that will help us to comply with international climate agreements and to meet our obligations.”

The Prime Minister highlighted three actions the Finns should take to mitigate climate change: we must change our consumption habits to ones producing less emissions, increase the size of carbon sinks and harness technology to finding solutions for carbon sequestration.

The seminar focused on concrete action

The speakers of the seminar, with the focus on concrete action, were top experts within the field. The topic of academician Markku Kulmala's speech was a comprehensive international mechanism to identify carbon sinks and other changing climate responses. Kulmala presented a method for an international standard for carbon sinks.

Mari Pantsar, Director of the Finnish Innovation Fund (Sitra), spoke about the scaling of solutions for mitigation of climate change. She presented existing technological solutions and how they impact climate change mitigation.

Mika Anttonen Chair of the Board of Directors of St1, talked about the effectiveness of climate action and how it can be scaled up. A carbon neutral Finland or EU is not enough; carbon neutrality must be sought on a global scale. Anttonen also pointed out that we need a carbon budget, which specifies the maximum amount of emissions, and a carbon exchange, which receives payments from those causing emissions for the emissions caused and makes payments to those providing solutions to remove carbon dioxide from the atmosphere. The collected funds will be allocated for climate action – not to any state budgets, for example.

Risto Murto, CEO of Varma Mutual Pension Insurance Company, on the other hand, gave a speech on the topic of investment and climate change.

Concrete action for mitigation of climate change was also the topic of group and final discussions. The discussions highlighted, for example, Finland's leading expertise for the mitigation of climate change, and for ensuring the sufficiency of natural resources and preservation of biodiversity. Finland has also special competence in measuring, and such expertise could have export potential. Several speakers mentioned carbon exchange as a concrete measure that could be used for reducing emissions and increasing carbon sinks.

Thursday next week, on 20 December, the chairs of the Parliamentary parties will convene for a joint meeting in Parliament. Prime Minister Sipilä hopes that it would result in a joint view of the parties on the basic line of Finnish climate policy.

The Prime Minister intends to bring up the message sent by the seminar already at the European Council meeting this week.

Other matters brought up in the discussions included the role of investors in climate change mitigation and the need for a comparable framework for reporting on the impacts of climate change. It was also highlighted that responsible investing is already a mainstream phenomenon.

Launch of the Commitment 2050 service for citizens

The Commitment 2050 service of Prime Minister's Office designed for citizens was launched at the event. Anyone and everyone can use the service to make a personal plan and pledge to cut their own carbon footprint by half. The service is based on a lifestyle test designed by Sitra that has already been completed more than half a million times. The service was described by  Anu Mänty, Chief Specialist at the Prime Minister's Office.

The Commitment 2050 service calculates users’ carbon footprint and points them towards everyday actions tailored specifically to their needs. The 100 different actions in the service help users to reduce their carbon footprint one step at a time. You can select the actions you are prepared to commit to. Read more about the service in the Prime Minister's Office press release issued on 10 December 2018.

The Prime Minister has already made his own action commitments for sustainable development.

Programme, materials and recordings of the climate change seminar