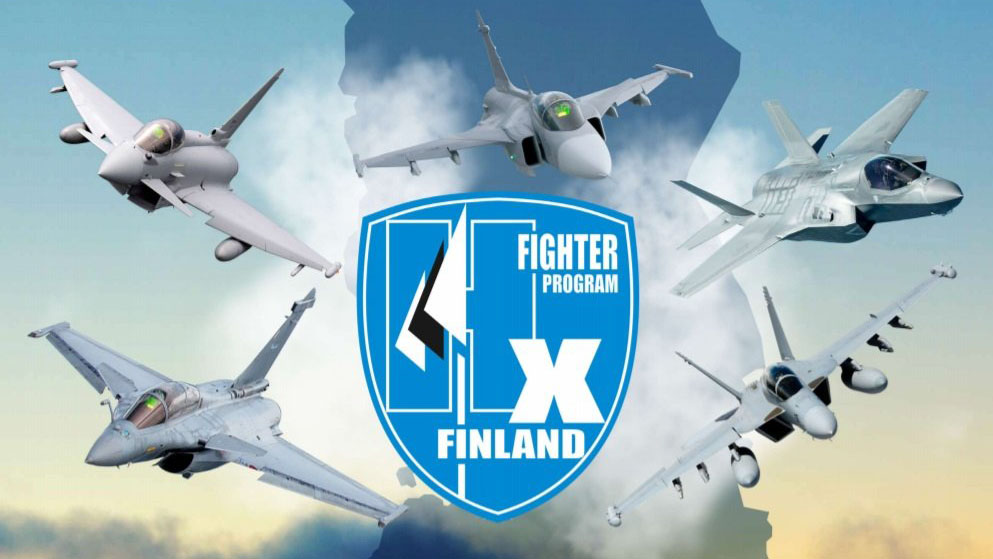 The Finnish Defence Forces' Logistics Command sent a Revised Request for Quotation for the HX Programme on 31 October 2019. The revised call for tenders is regarding the following multi-role fighters and their related systems and weapons: Boeing F/A-18 Super Hornet (United States), Dassault Rafale (France), Eurofighter Typhoon (United Kingdom), Lockheed Martin F-35 (United States) and Saab Gripen (Sweden). Responses to the revised call for tenders will be accepted until 31 January 2020.

This call for tenders is a continuation of the negotiations that have already taken place. With the more detailed call for tenders, each tenderer is requested to compile the information provided in its initial tender and negotiations into a clear, updated and improved package.

The revised call for tenders is tenderer-specific, meaning that the invitation sent to each tenderer is based on the package already offered and its needs for specification. All tenderers will continue to be treated equally. Only minor specifications were made to the requirements set out in the initial invitation to tender, and these were the same for each tenderer. The revised call for tenders marks the start of the second negotiation phase of the HX Programme.

The grounds and steering for the RFQ can be found in the Government Programme and the Government's Defence Policy Report (2017). The Government's Ministerial Committee on Economic Policy supported sending a more specified call for tenders at its meeting at the beginning of October. The budget ceiling for the HX Programme was set at EUR 10 billion.

A high-performance procurement to last decades

The HX Programme is preparing to replace the capability of the Hornet aircraft in its entirety with manned multi-role fighters in accordance with the requirements of the security environment.

The desired capability will be achieved once a full procurement contract package has been built and negotiated around each multi-role fighter option. Within the budget set for the project, the tenderers must prepare a performance package that meets the set requirements and includes not only the aircraft but also other technical systems, training systems, necessary maintenance equipment, test equipment and spare parts, along with weapons, sensors and other required type-specific support functions. The package must also include the changes in management and information systems required for its integration into the defence system, as well as the construction of security-critical infrastructure.

Requesting that the suppliers provide comprehensive solutions to meet the capability requirements helps to reduce the risks associated with ensuring the interoperability and effective cooperation of different systems.

The selection of a multi-role fighter is based on five considerations: the multi-role fighter's military capability, security of supply, industrial cooperation, procurement and life cycle costs, and security and defence policy implications.

Since the procurement will have an impact on the Defence Forces' operational capability and will define the Air Forces' entire combat capability into the 2060s, it is important to select the system with the best possible capabilities, including supporting elements and development capacity over the entire life cycle.

The manufacturer must be able to provide industrial cooperation solutions and a maintenance system that meet the requirements while also ensuring operability in emergencies and sufficient capacity to operate independently in emergencies. It must be possible to cover the operating and maintenance costs of the selected system from the defence budget.

The tenders will be placed in an order of priority, based only on capabilities. As to the other considerations, the tenders shall meet the requirements laid down in the RFQ.

The Revised Request for Quotation now sent will launch the second phase of negotiations, in which the content of the procurement will be finalised with each tenderer. The request for the best and final offer will be sent in 2020 at the end of the second phase of negotiations. The Government will decide on the procurement in 2021.