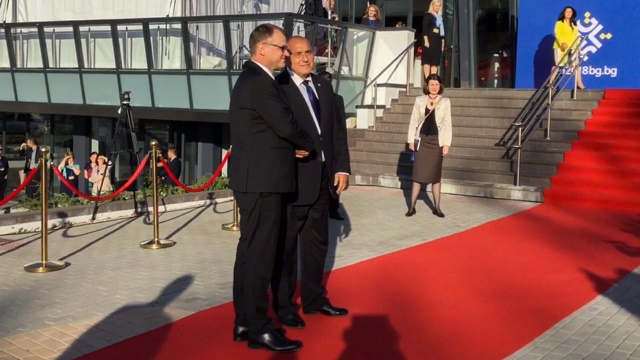 During their working dinner on Wednesday 16 May in Sofia, the EU Heads of State or Government discussed innovations and the digital economy. Topical international issues, such as the decision by the United States to pull out of the Iran nuclear deal, were also discussed at the informal meeting.

At the dinner, Prime Minister Juha Sipilä was asked to open a discussion on ways to develop digital Europe and on innovations because Finland, together with France and Germany, has been active in these areas. Developing a digital Europe is one of the themes for strengthening EU competitiveness that the EU Heads of State or Government have made a priority in their work plan.

‘Our main aim is to boost growth and wellbeing in Europe. Developing a digital Europe and a digital single market is one of the main tools for achieving this, observed Prime Minister Sipilä.

‘The EU must be able to convert innovations into new products and services more effectively. It is important to deepen cooperation between academia and business life,’ Sipilä said in his speech.

Finland advocates strengthening the European Innovation Council pilot, so as to better pave the way for more innovations - especially breakthrough innovations. In Finland’s view an adequate amount of investment should be made to promote research and innovations both now and for the next EU multiannual financial framework.

‘We must support businesses properly so that they can enter the global markets and succeed. We must also make sure that Europe invests enough in research,’ said Prime Minister Sipilä.

In Finland's view, the EU must also advocate the data economy, data usability and the potential offered by artificial intelligence.

‘It’s important to make progress in these areas. For example, after the digitalisation summit organised during Estonia’s EU Presidency, the European Commission, on Finland’s initiative, made a proposal on the harnessing of artificial intelligence. These are the right steps and in line with our objectives,’ noted Sipilä.

The working dinner also held a thorough discussion on the decision by the United States to pull out of the Iran nuclear deal. The European Union is strongly united in its efforts to ensure that Iran will continue to respect the deal. The EU also expresses concern about the negative effects that any possible US measures might have on businesses and will start preparing measures to protect European companies operating in Iran against adverse effects due to US sanctions in Iran.

At the end of the dinner meeting, Jean-Claude Juncker, President of the European Commission, gave a progress report on US trade action. The European Union is prepared to continue negotiations on other questions related to trade relations, on condition that the United States reaches a decision on unlimited and permanent EU exemption from the tariffs on steel and aluminium.