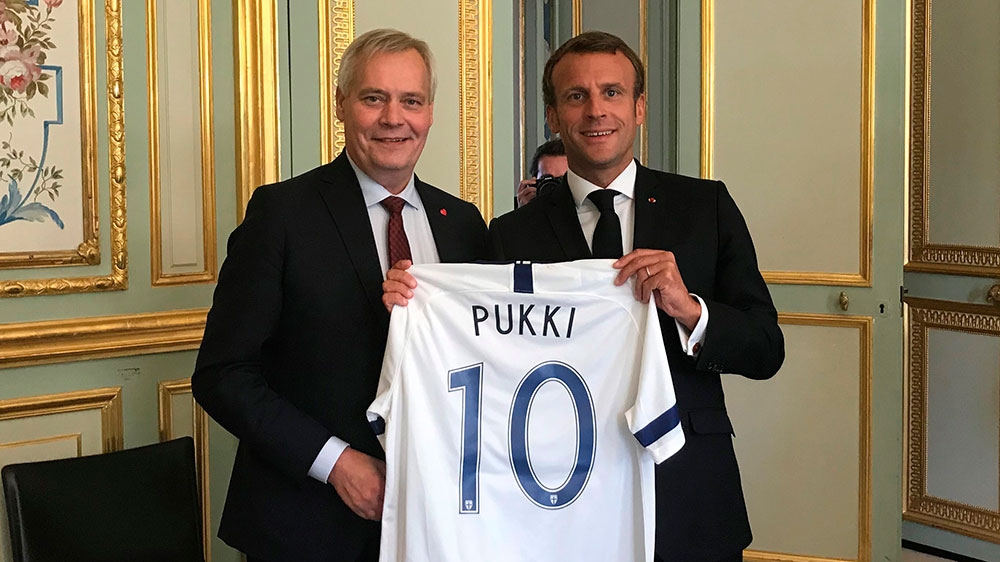 The meeting of Prime Minister Antti Rinne and President of France Emmanuel Macron took place at the Élysée Palace, the official residence of the President of France, on Wednesday 18 September. The main topics were the priorities of Finland’s Presidency of the Council of the EU, including the multiannual financial framework of the EU, rule of law and fight against climate change. Both Finland and France have stressed that the EU should take the lead in climate work.

"The European Union must show global leadership in climate action. Both President Macron and I consider it most important for the EU to reach an agreement on setting carbon neutrality by 2050 as the target", Prime Minister Rinne says.

Prime Minister Rinne also stressed how important it is to defend the rule of law.

Another current topic that was high on the agenda was Brexit.

"We agreed — as do all Member States of the EU27 — that Britain’s withdrawal through the agreement we have now would be in everybody’s interest. Any proposals Britain may still wish to present should come very soon, if these are to be discussed. However, we must also prepare for a no-deal Brexit", Prime Minister Rinne says.