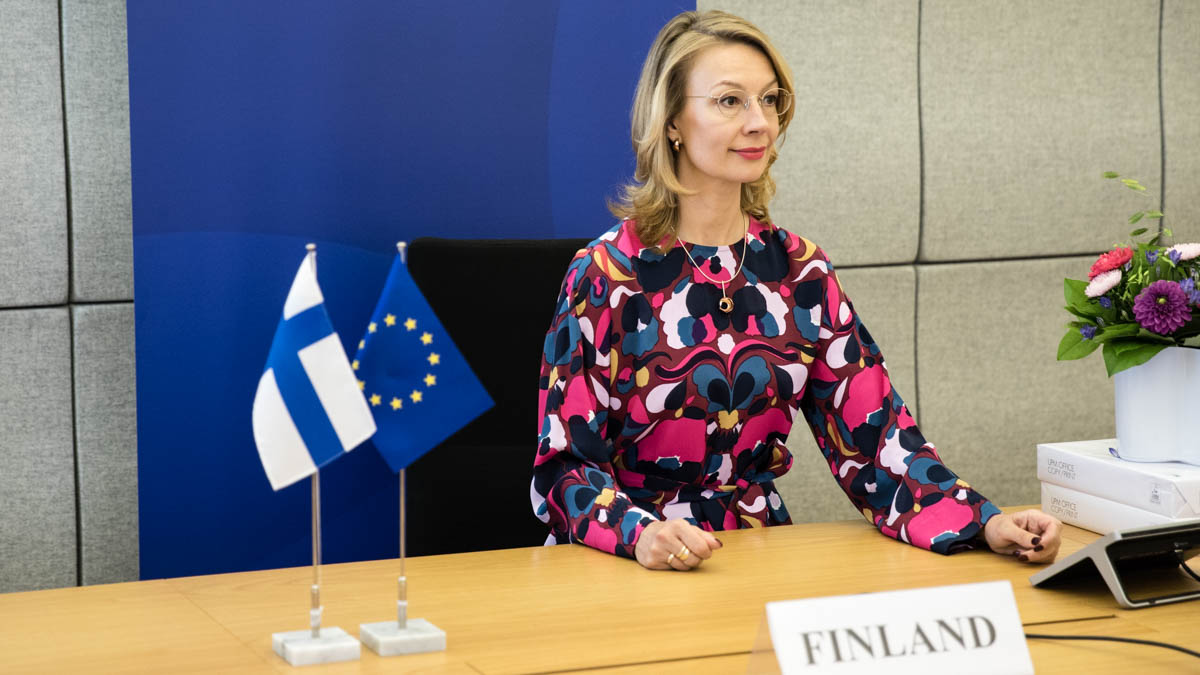 At their video meeting on Wednesday 15 July, the Ministers for European Affairs discussed the EU’s recovery package consisting of the next multiannual financial framework and a recovery instrument.

In addition, Germany, which began its EU Council Presidency at the start of July, presented the priorities of its Presidency programme. Minister for European Affairs and Ownership Steering Tytti Tuppurainen represented Finland at the meeting.

President of the European Council Charles Michel presented his amended proposal for the recovery package on 10 July. In Finland’s view, Michel’s proposal is a step in the right direction, for example with regard to the criteria for the distribution of support. In the last stage of the negotiations, the key questions for Finland are related to the overall size of the recovery instrument; the relative proportions of loan-based and grant-based subsidies; conditionality, in particular with regard to the rule of law; and the maximum responsibilities of the Member States for financing the package.

The EU leaders will seek to reach an agreement on the package at the Special European Council meeting in Brussels on 17–18 July.

– The General Affairs Council prepared for the meeting of the Heads of State or Government at the end of the week. The atmosphere was very focused. The need to reach a solution as a matter of urgency was emphasised in several speeches. It is clear that the European Council negotiations will be long. However, it is equally clear that Europe needs a common solution to deal with the crisis caused by the coronavirus pandemic. Finland will enter the negotiations constructively, seeking a well-functioning and appropriate solution, Minister Tuppurainen said.

At the meeting, Germany, which began its Presidency of the Council of the EU in July, presented the priorities of its Presidency programme. The main themes of Germany’s Presidency are tackling the coronavirus pandemic and promoting economic recovery, a stronger and more innovative Europe, a just Europe, a sustainable Europe, a safe Europe founded on shared values, and a strong Europe on the world stage.

Finland considers it justified that the future work of the Council is placing particular attention on responding to and recovering from the COVID-19 crisis. Germany has also stated that it will continue the work of the Finnish Presidency in areas such as strengthening the rule of law and developing the Council’s working methods.
– I am pleased that the German Presidency will continue work to strengthen the rule of law. When moving from the emergency conditions, caused by the by the coronavirus pandemic, towards normal everyday life, we in Europe must also stay alert. The European Union must firmly continue to defend equality, democracy and the rule of law, Minister Tuppurainen said.