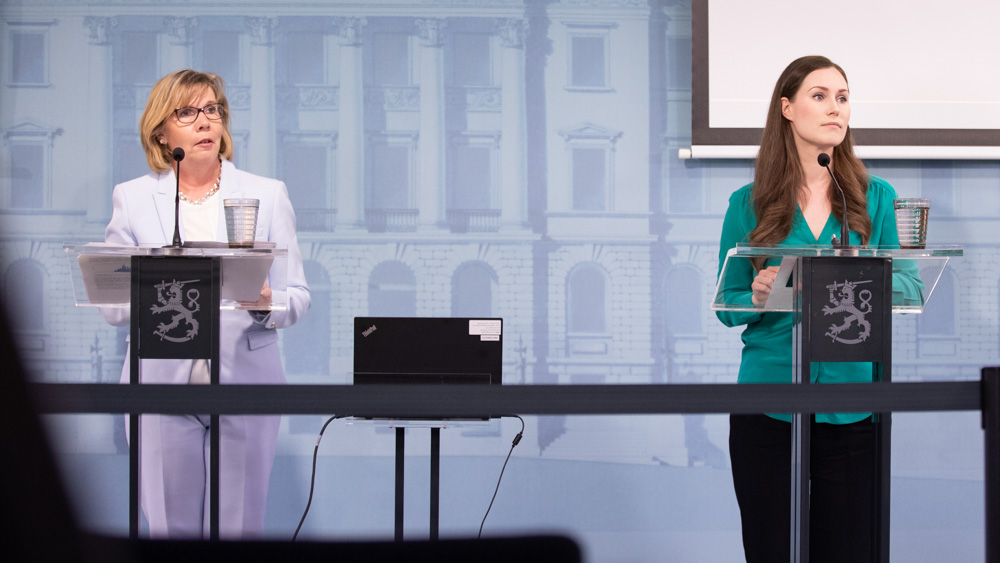 Based on the situational assessment received on Monday 15 June, the Government has determined that the COVID-19 epidemic can be managed using the regular powers of the authorities. In its plenary session today, the Government issued decrees repealing the use of powers under the Emergency Powers Act and announced that the current situation in the country no longer constitutes a state of emergency as referred to in section 3 of the Emergency Powers Act. The decrees repealing the use of powers under the Act and the end of the state of emergency will enter into force tomorrow, on Tuesday 16 June.

From an international perspective, Finland has succeeded well in combating the COVID-19 epidemic. The number of diagnosed cases and deaths has remained lower in Finland than in many of its peer countries. The restrictive measures imposed and the recommendations issued have been effective in curbing the epidemic and protecting risk groups.

That said, the lifting of the state of emergency does not mean that the situation has passed or that there is no longer a risk of a resurgence in the epidemic. The significance of the decision is that the powers under the Emergency Powers Act will no longer be used.

The Government noted that the epidemiological situation and, in particular, the adequacy of healthcare and social welfare services, the capacity of intensive care and the need to protect the population, are no longer such that they require support from measures under the Emergency Powers Act.

The President of the Republic and the Prime Minister have also discussed ceasing the application of the Emergency Powers Act.

In line with the Government’s hybrid strategy, other legislative powers will continue to be applied, in particular those laid down in the Communicable Diseases Act, but also the Border Guard Act and other legislation under normal conditions. In addition, the situation is being managed through regulations, guidelines and recommendations issued by the authorities.

Earlier, the Government decided that it would assess the need for amendments to the Communicable Diseases Act and possibly also the Health Care Act and the Social Welfare Act as concerns the application of the Emergency Powers Act so that the proposals could be submitted to the Government for a decision in August.

The Government also decided earlier to submit proposals for the transfer and specification of powers conferred under the Emergency Powers Act into the legislation on pharmaceutical care and education and training under normal conditions.

If the situation so requires due to a resurgence in the epidemic or for another reason, and the strict requirements are fulfilled, it is possible to reinstate the use of powers under the Emergency Powers Act.

Decrees in force under the Emergency Powers Act to be repealed

On 15 June, the Government issued a decree repealing the decree on the continued use and application of the powers provided for in sections 86, 88, 93 and 94 of the Emergency Powers Act and repealed the decree on the continuation of the use of powers under section 87 of the Act. The decrees were set to remain in force until 30 June 2020, but now they will be repealed on 16 June.

Section 86 of the Emergency Powers Act lays down provisions on the operations of social and health care units, section 87 on the management of other healthcare services (e.g. changes to the pharmaceutical production, pharmaceutical wholesale trade and the operations of pharmacies) and section 88 on healthcare, health protection and social services (e.g. municipalities’ right to waive certain obligations). Section 93 lays down provisions on derogation from the terms and conditions of employment relationships (rest periods, overtime and annual leave) and section 94 on restricting the right concerning dismissal.

The Ministry of Social Affairs and Health has also issued decrees under the Emergency Powers Act. When the decrees are repealed, the decisions adopted under them will also cease to be valid.

State of emergency in force for three months

The use of powers laid down in the Emergency Powers Act during the COVID-19 pandemic has been based on the assessment that these powers are necessary to protect the population from the consequences of a highly widespread infectious disease and to safeguard fundamental rights and human rights under exceptional circumstances. In particular, the aim has been to ensure the adequacy of healthcare and social welfare services and to safeguard the carrying capacity of intensive care during the crisis.

The coronavirus pandemic has been managed largely through the Communicable Diseases Act, by means of restrictive recommendations issued by the Government and by amending a number of laws, regulations and decisions. However, it has also been necessary to resort to the powers provided for in the Emergency Powers Act.

As of 5 June, the Government had issued 14 decrees on the use and continuation of powers under the Emergency Powers Act. The use of powers under the Emergency Powers Act has concerned early childhood education and care, primary and lower secondary education, upper secondary education, vocational education institutions, higher education institutions and liberal education, the administrative branch of healthcare and social welfare, working life and restrictions on movement to and from Uusimaa.

The state of emergency also saw the enactment of the Act on the temporary amendment of the Act on Accommodation and Catering Operations (153/2020), which meant that restaurants and other food and beverage service businesses were closed for two months starting on 30 March 2020. The Government has submitted a new proposal for a temporary amendment to the Communicable Diseases Act, which temporarily restricts the activities of food and beverage service businesses until 31 October 2020. This legislation will remain in force even though the state of emergency is being lifted.

Since 17 March 2020, the Government has also made decisions under the Border Guard Act on the temporary reintroduction of border controls at internal borders and, at the same time, on the restriction of external border traffic due to the serious threat to Finland's internal security caused by the COVID-19 epidemic. The most recent decisions were made by the Government on 12 June 2020 and will remain in force until 14 July 2020.