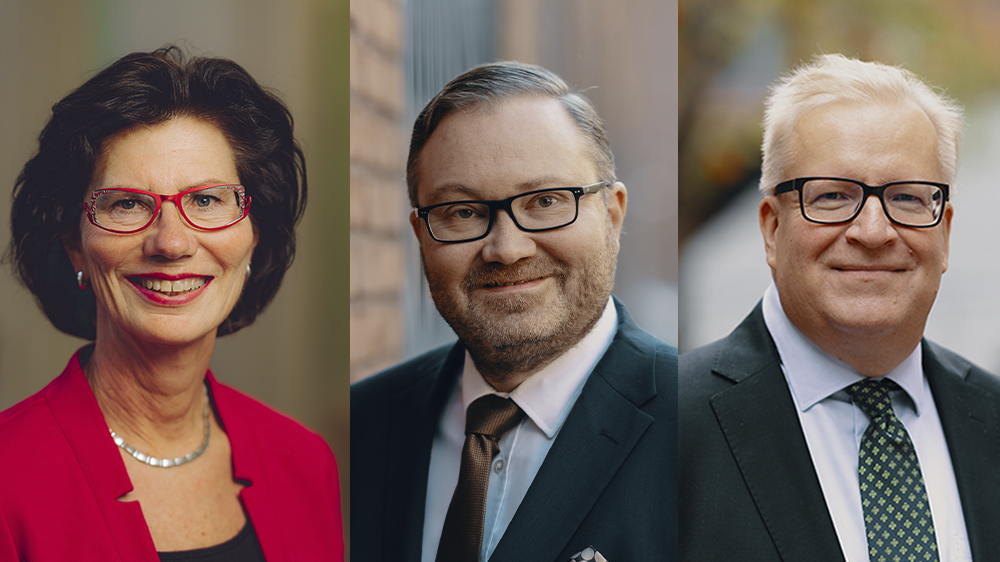 Apolitical evaluated now for the second time the most influential people in digital government. The comparison included over 500 candidates from around the world. There were public officials, politicians and researchers among the candidates.

Anna-Maija Karjalainen regards her good placement as a victory for the entire Finnish public administration.

The Ministry of Finance promotes digitalisation through a variety of steering instruments: both by information steering and binding legislation, and by allocating funding. In 2020, additional funding of EUR 46 million will be allocated to promoting digitalisation.

“Additional funding will advance both digitalisation and digital support. During the government term, we will also allocate funding to the promotion of artificial intelligence, opening of information and improvement of cyber security,” Karjalainen says.

Viskari was on Apolitical's list of one hundred most influential people in 2018 as well.

“At the Population Register Centre, we have done long-term work to digitise society by building shared e-service platforms for the use of the entire public administration, Suomi.fi services. We also provide organisations with support and guidance for the digitalisation of services and operating processes,” says Janne Viskari, Director General of the Population Register Centre.

“With the advent of the Digital and Population Data Services Agency, our role as a promoter and forerunner of digitalisation will grow even further. We will promote the digitalisation of society, secure the availability of information and provide services related to customers’ life events. Public services must be provided in future at lower production costs than now. This means that citizens who are prepared to use electronic devices must also be made to use public administration services through electronic channels. At the same time, the information in public authorities' registers must be made to move automatically between different systems, which requires special attention from system builders to interoperability,” says Viskari.

Kimmo Rousku, a first-timer on the list, is responsible at the Population Register Centre for the operative activities of the Government Information Security Management Board (VAHTI) as its Secretary General. He is also in charge of the digital security services for public administration developed by the Population Register Centre. Rousku has been an active writer and speaker on ICT and data security since the early 1990s.

Read more: The World's 100 Most Influential People in Digital Government 2019