Day for Failure: workplaces should have ways to deal with shame 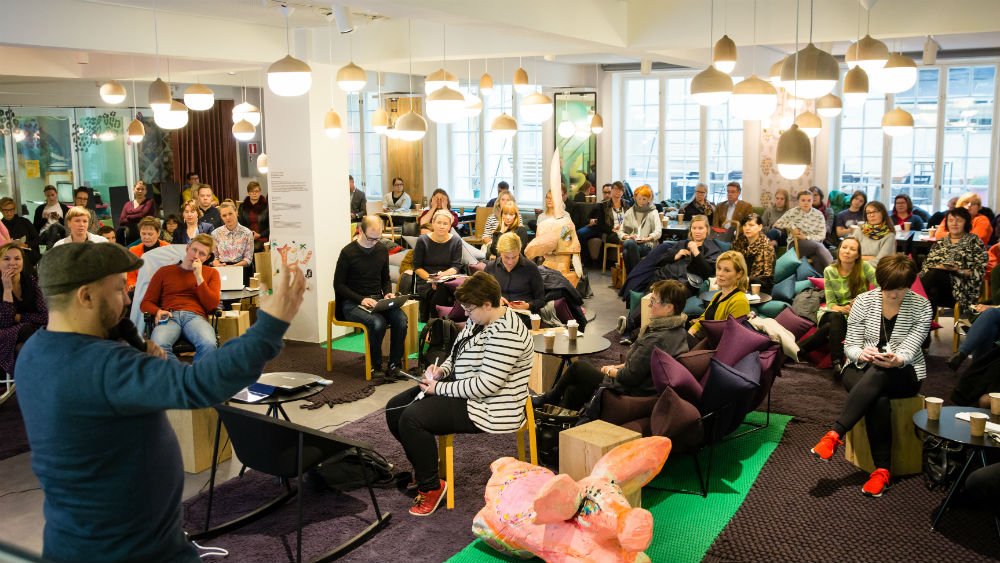 Failure and shame are still taboos in the Finnish society although people talk about them more openly than before. Workplaces should have a forum where people can discuss blunders and learn from mistakes without making anyone feel guilty, according to State Under-Secretary Timo Lankinen who spoke at an event organised by the Prime Minister’s Office on 13 October, the International Day for Failure. Lankinen and his fellow speakers representing the business world, society and arts recounted their experiences of success and failure.

The event Herozerohero gathered together experts and people interested in the topic. It took place in the Helsinki City Museum and formed a part of the Government key project Experimental Finland which aims to promote innovative solutions, better services, self-reliance and entrepreneurship in Finland.

Creative Director Jani Halme told the story of Riot Entertainment, a company he founded in the early 2000s. It tried to conquer the gaming world but failed and went bankrupt losing 21 million euros. Halme said the main feeling after failure is shame, and it is important how the organisation deals with shame.

- The worst scenario is to lose those who have failed and who often are the driving forces in the company. Dealing with shame is at the core of good management. For example, to avoid the notion of failure, it is important to see high-risk projects as temporary arrangements or trials, Halme suggested.

State Under-Secretary Timo Lankinen from the Prime Minister’s Office said that the Japanese proverb “the nail that sticks out gets hammered down” describes aptly the Finnish mentality, and partly even public administration in Finland. We want to find one, common solution to everything, but according to Lankinen we should try to rid ourselves of this tendency to oversimplify.

- We are not sufficiently multicultural in the central government, and we need very different kinds of people in the work community, Lankinen said.

According to Lankinen, Finnish government officials have very broad freedom of expression, and he encouraged people to use this freedom and to take initiative. - We are too often afraid that our initiatives will be rejected, Lankinen maintained.

Lankinen explained that he endorses experimental culture in complex issues as well as the courage to drive things forward. Lankinen agreed with Jani Halme’s suggestion for “dressing stations for shame”: workplaces should have forums where it is easy to deal with failures as a learning process. Lankinen maintained that failures should be discussed in a positive and constructive way without making anyone feel guilty.

Media entrepreneur Riku Rantala, in his turn, took a hammer to the hero cult. He described the darker side of filming the Madventures TV series around the world and the different crisis a pioneer is bound to face. Rantala said he was crushed when he saw the first raw version of the programme after hundreds of hours of filming.

- The material was absolutely horrible, and I lost faith completely. I thought I wouldn't be able to return to Finland, Rantala said. In the end a friend helped Rantala to restore faith, and in his speech Rantala stressed the importance of not ending up alone, especially as an entrepreneur: you succeed together, but it is easy to fail when you’re alone.

Theatre director and Sami activist Pauliina Feodoroff said that failures can be crippling and paralysing experiences for individuals. In an interview during the event she mentioned as examples the former Finnish Prime Minister Anneli Jäätteenmäki and Monica Lewinsky, a White House intern during the Clinton administration. - Their cases are unbelievable stories of survival and of getting back on your feet, Feodoroff said.

Another speaker at the event was Ainu Kortelainen, an 18-year-old student doing her final year at the Kallio Upper Secondary School of Performing Arts. She said that making a blunder is a gift that can help you to discover things you would not otherwise notice. - It helps you to put things into perspective, Kortelainen said.