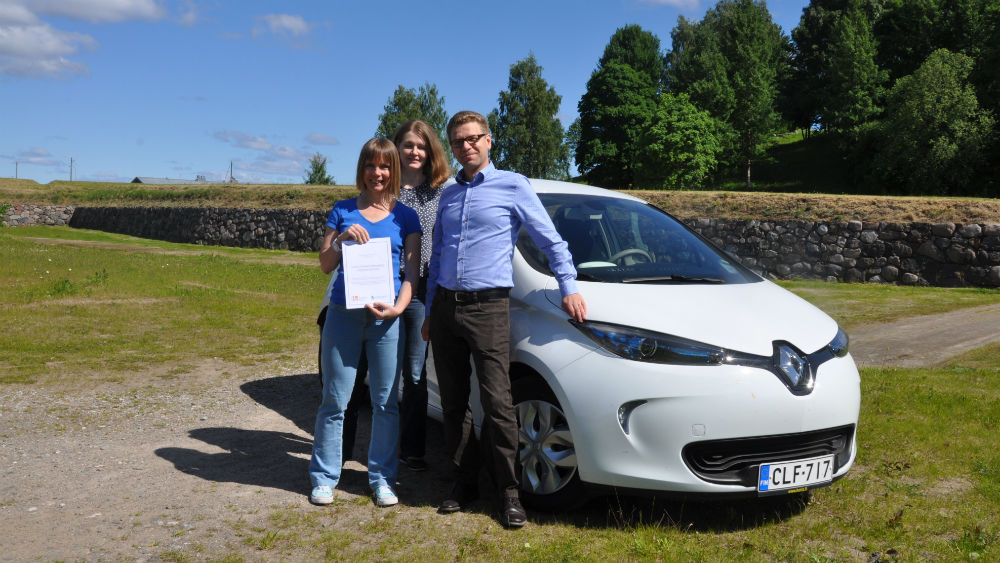 The Experimental Finland project, a key project of the Prime Minister’s Office, has awarded the commendation Experiment of the Month to the City of Lappeenranta. Lappeenranta has started to experiment with hiring shared electric cars for the city’s own use during office hours, in addition to which the service provider offers the cars to city residents for hire on evenings and weekends. The experiment is intended to enhance the efficiency of the city’s use of cars during office hours while at the same time lowering the threshold for using electric cars.

The experiment was initiated by Terhi Jantunen of the City of Lappeenranta, who says that the idea was to avoid a situation where the cars used by the city stand unused during evenings and weekends. The motivation for the experiment thus was not only to get the most out of investments but also to promote the ideas of the circular economy and the sharing economy. Many city residents do not necessarily need a car except on rare occasions, but for instance in Lappeenranta, car sharing has hardly been in use. As the hiring of electric cars is the responsibility of a private car rental company, with its experiment the city also accelerates the emergence of a new market.

For the experiment, Lappeenranta has acquired a total of four electric cars that city residents can hire outside office hours. The cars were taken into use only in mid-May, so statistics on rental volumes are still pending. The experiment, however, has attracted much media attention, and many city residents have already asked Lappeenranta for more detailed information on the activity. It is hoped that the operational model will spread to other localities as well.

The aim of the experiment was also to increase the use of electric cars. More and more electric cars are entering the market, but doubts about their functionality may be an obstacle to widespread increases. The experiment in Lappeenranta offers city residents themselves the opportunity to test the use of an electric car. Lappeenranta’s strategic goal is to act as a model city for renewable energy and a clean living environment, and the city is committed to promoting the spread of gas and electric cars.

Since last autumn, the City of Lappeenranta has also been participating in an experiment run by the company Shareit Blox Car, where city-owned cars can be hired by city residents outside office hours. Jantunen says that aside from adopting the Shareit Blox Car service, the city has decided to start experimenting with a somewhat similar approach to electric cars.

The Experiment of the Month recognition was now awarded for the first time. From now on, this commendation will be awarded every month to a particularly deserving experiment. “The recognition makes it possible to highlight the broad spectrum of experiments and their lessons. Granting a commendation is one way to help spread good practices throughout Finland,” says Virve Hokkanen, Project Manager of Experimental Finland at the Prime Minister’s Office.

More information about the experiment at Place to Experiment (in Finnish)