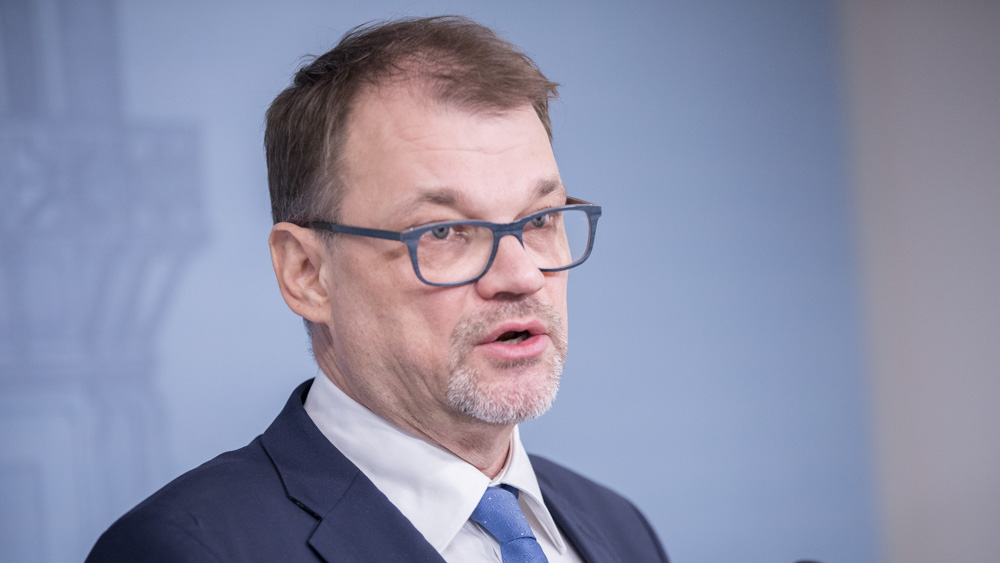 One of the key objectives of our Government programme was the long-awaited health and social services reform. Preparations for it have been ongoing in Finland for more than ten years.

I am very much aware of the events that have taken place in Parliament over the past weeks and months. The Government and Ministries have done everything in their power to support the acts moving forward through Parliament.

As we neared the last elections, nearly four years to the date, the previous health and social services reform was overturned following a statement from the Constitutional Law Committee. At that time, all parties were in favour of the proposal, and even that did not give the reform the weight needed to move forward through Parliament.

Based on the information I have obtained from Parliament over the past few days, it is my duty to determine whether the most significant reform of this Government fulfils the requirements necessary to move forward during this Parliament.

It does not. This is a huge disappointment for me.

Once again, factors related to the interpretation of the constitution seem to have created an obstacle to parliamentary work. There is no longer time to prepare new proposals or fine-tune our solutions.

As I have said many times, I got into politics to find solutions and get Finland back on its feet. My Government has been successful in many ways, above all in creating jobs for Finns and bringing our country out of its reckless debt.

But. The regional government and health and social services reform has been one of the most important things on our to-do list. It has been a long process. We have done an enormous amount of work. And made some mistakes along the way, too.

We managed to achieve 80 per cent of our objectives, but one of the five most important ones was left unfinished.

I have also said that my Government works according to the principle of “do or diet”. I am a man of principle. Bearing responsibility is an essential part of politics. This means we must be responsible for what we say and do – and what we do not do.  I listened closely to my inner voice. I have come to the conclusion that my Government must submit its resignation. I have just submitted it to the President of the Republic. I accept my responsibility.

The Government will continue in a caretaker capacity. My decision to resign would have been the same, regardless of how much or little time we have before the parliamentary elections.

We tried our best to implement the regional government, health and social services reform, right up until these past days. I would like to thank everyone who did all they could to ensure the success of the reform. The need for reform in society has not gone anywhere. Finland cannot go on this way. Reforms are needed. Otherwise Finland will not get by.

With this in mind, I would like to give my thanks to the officials of our eight Ministries for their uncompromising work on behalf of the regional government, health and social services reform, and to all of the Government officials throughout Finland who worked to prepare the reform, either as their main duty or in addition to their other duties. I am very sorry on behalf of all of you. I know that in this work, you were motivated by more than just your official responsibilities. You were guided by your hearts and a belief in improving Finnish health and social services for the collective good.

The reform is now delayed, which means that municipalities will need to increase their outsourcing and bear the risks associated with investment financing. The disparities in the availability of services will increase, the incompatibility of data management systems will continue, etc. Municipalities’ abilities to ensure services will weaken radically. The consequences of this are significant.

However, discussions with the parties in Parliament have shown that operators such as counties have relatively broad political support as the foundation for the structure. The viability of counties has not been questioned in the statements of the Constitutional Law Committee either.

Everyone in Parliament must also bear responsibility for the situation – both those involved in creating the reform and those who opposed it.

I would like to invite the other political parties to come to the table.

We will continue our election work and our work on behalf of the county structure at full force, as the need for the reform has not changed. For the sake of Finland and the Finnish people’s equal access to services, the reform is absolutely necessary. From the perspective of the Centre Party, I can say that the county-based structure is here to stay. There is no reason to go back to square one, as the Centre Party's county government model is the fastest way to a model that will enable us to move forward. The Centre Party’s updated model, which we will promote in our election work, will be presented next week.

As leader of the party, I am fully committed to working on behalf of Finland in the upcoming election. During this Government term, we have created a basis for our work. The foundation is in order. Going forward, we will continue to work on behalf of counties, regional vitality and locally accessible services.