Prime Minister Sipilä: Stability is the top priority in reforming the euro area 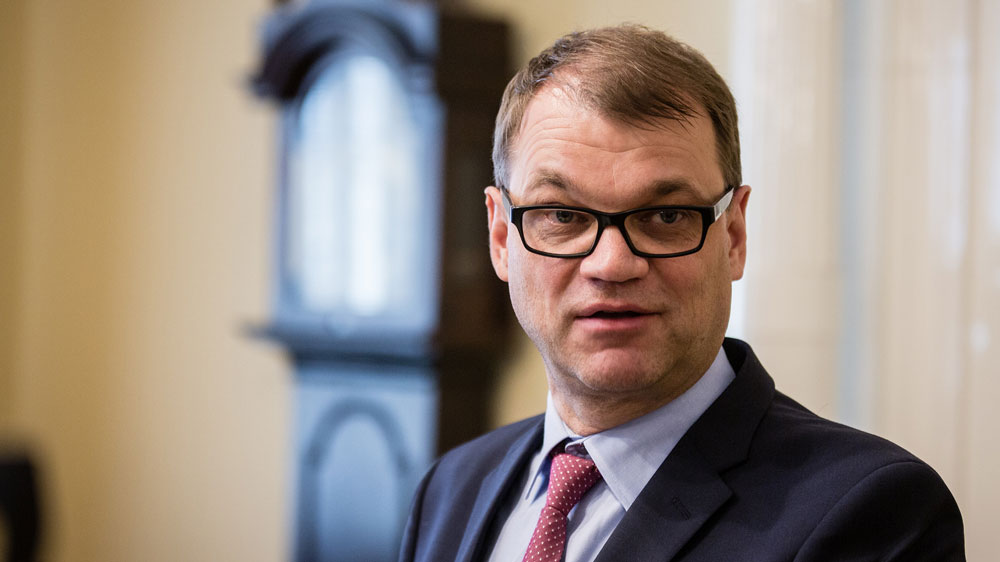 This week’s summit will focus on the reform of the Economic and Monetary Union of the EU. We must also intensify the discussion on the EMU within Finland and adopt a longer perspective as we search for a shared view. This is the best way to have an impact on the direction the reform of the euro area is going to take.

Proper functioning of the EU is vital for Finland. In terms of stable growth and employment and to prepare for future crises, it is important to fix the elements of the EMU that are still fragile.

The reform work must be based on a diagnosis of what are the genuine and real problems in terms of the functioning of the euro area – and what are not.

The most serious lesson learned from the euro crisis is that the stability of the monetary system is the key issue for employment and the sustainable growth of the national economy.

The launch of the building of the banking union in summer 2012 was an important step forward. After that, we have created the single banking supervisory mechanism and the single resolution mechanism as a central institution for making decisions in bank crisis situations. In the near future, work on the euro area reform should focus on finalising the banking union and strengthening elements that support stability. We do not need any virtual reforms.

To achieve this, we must find solutions to problems that stem from the crisis, including the amount of problem credits and the need to systematically reduce these.

The blame for the inherited national banking problems may not be shifted to the collective shoulders of the euro area but left to be resolved by each Member State. This is also what some of the recent measures in countries such as Spain aim for. The fatal linkage between the states and banks must be broken and bail-in implemented in full in the management of banking crises.

Another lesson learned from the crisis is that a stabiliser is needed for a monetary union that is capable of preventing and, where necessary, addressing any panic situations in the financial markets. In most cases the European Stability Mechanism (ESM) has been successful in stabilising the situation in Member States that have run into difficulties.

Many of the stakeholders envisage to turn the European Stability Mechanism into a European Monetary Fund. More important than the name is what the ESM actually does. The key issue is to strengthen its capacity to address market panics and prevent crises. The ESM should be even more flexible in managing its tasks, including by means of IMF stand-by credits.

Behind a financial crisis there is often a serious macroeconomic imbalance, such as loss of competitiveness and/or current account deficit. To prevent such imbalances, monitoring of the economic policies of the Member States is still needed, but this should be simplified and better targeted to support the reforms. The aim should be to promote the reforms and improve the sustainability of public finances.

In the reform of the euro area people have seen tensions between a strategy based on rules and stability mechanisms and one that is based on market discipline. Putting these against each other is an overstatement. Both rules and market discipline are needed: in normal conditions the rules should be capable of keeping the finances of countries in the euro area on a healthy basis, while the role of market discipline and debt settlement would be to serve as a useful threat to be employed on extremely rare occasions.

The euro area will not turn into a federal state or transfer union but – unlike often claimed – it will also not disintegrate because this will not happen.

Between the extremes there is a realistic third way: a monetary union with strong emphasis on the responsibility of each party, which is also a condition for having more joint elements and actions.

We must bear in mind that the success of Europe is anything but irrelevant for Finland. When there has been a crisis or economic depression in Europe, Finland has also been in trouble.

When peace has prevailed in Europe and the economy has grown, Finland has also been doing well. This is why it is in the interest of Finland and the Finns to make sure that the euro area works well and fulfils its task in supporting a stable growth.