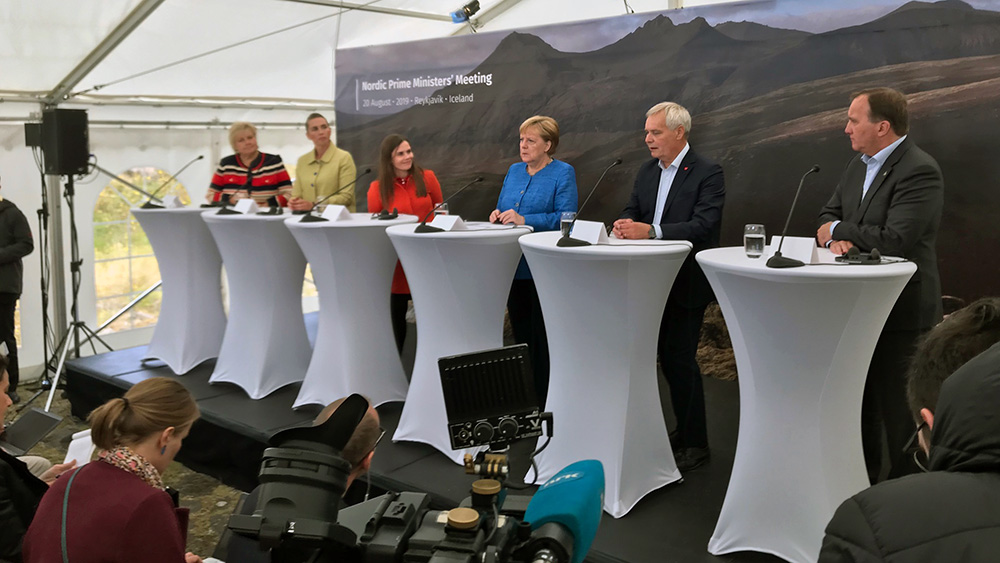 Climate change, democracy and future of work were the main topics on the agenda of the Nordic Prime Ministers’ meeting in Reykjavik on Tuesday 20 August. Key themes also reflected in the discussions were the global political situation and need for multilateral action.

On Tuesday 20 August, the Prime Ministers together with the CEOs of fourteen major Nordic companies also signed a Joint Statement for a Sustainable Future, prepared on Iceland’s initiative. By signing the statement, the companies made a commitment to incorporate the UN Sustainable Development Goals into their business plans.

This year the meeting was also attended by the Federal Chancellor of Germany Angela Merkel. In the discussions, Federal Chancellor Merkel and the Prime Ministers agreed that the Nordic countries and Germany will engage in even closer cooperation in matters such as combatting climate change, promoting sustainable development and defending democracy.

Prime Minister Rinne stressed the importance of Nordic cooperation, which should be cherished and further developed.

“I always feel at home with my Nordic colleagues. I have said that the Nordic countries are like an apartment with four rooms and a kitchen. The rooms may be decorated in different styles, but together they still constitute a home. And this time we also had very good talks regarding the future with a very special guest, the Federal Chancellor of Germany Angela Merkel. I am very pleased with the aim to engage in even closer cooperation in matters such as combatting climate change”, Prime Minister Rinne says.