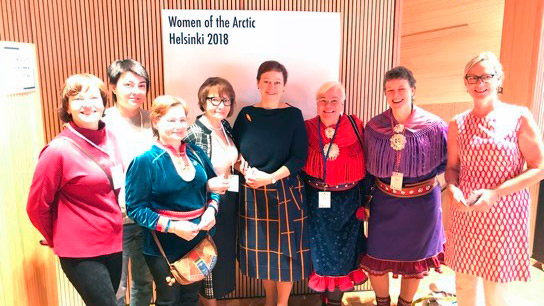 State Secretary Paula Lehtomäki will leave her post at the Prime Minister’s Office in March to take up the position of Secretary General of the Nordic Council of Ministers. Since 2017 she has also chaired the Arctic Advisory Board of Finland.

The Arctic Advisory Board is a body appointed by the Prime Minister’s Office, which brings together the key stakeholders in Arctic affairs in Finland. Its mission is to support and strengthen Finland’s Arctic policy and enhance knowledge and communication on Arctic issues. The term of the Advisory Board will continue until the end of October 2019.

Today, on the International Women’s Day, it should be borne in mind that Arctic issues are also about equality. Last August Paula Lehtomäki gave the opening speech at the UArctic event Women of the Arctic. To see what happened last August, view the video from the event on the Women of the Arctic website.

Women of the Arctic is an association registered in Finland that aims to raise awareness and maintain focus on the position of women and gender issues in the Arctic region.