The RAKSU group
Construction boom has reached its peak, growth slows down next year 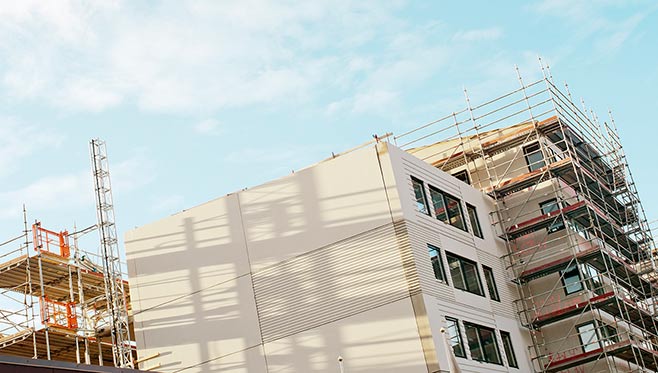 In its report published on 26 September, the RAKSU group, examining the trends in the construction sector, estimates that this year the growth of the construction output volume will be between 3 and 6 per cent and next year between 0 and 3 per cent. The RAKSU group estimates that this year construction will start on 40,000 housing units, which is an exceptionally high number. According to RAKSU’s prognosis, next year, the number will decline by a few thousand.

Non-residential building construction will slow down in 2017.  With the growth of industrial construction towards the end of 2018, the number and volume of construction starts will rise again. The role of consumers will increase and that of the investors decrease in the market of privately financed owner-occupied housing. Over the recent years, public sector construction projects have been of major significance. This is now expected to lessen in importance.

The need for housing repair will continue to increase as the age structure of the building stock calls for replacement investments. The RAKSU group estimates that renovation construction will grow by 2 percent during the ongoing and next year. Civil engineering has increased strongly over the past two years but its growth is expected to slow to 1–2 per cent.

Construction is active in Finland’s growth areas. The situation is not equally good across the country. Rapid construction output increases the prices of production inputs which is reflected in increased total construction costs. The growth of the number of people employed by the construction sector is expected to slow down in the latter part of 2017.