Circumcision of women and girls is a manifestation of gender inequality 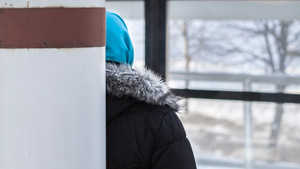 Female circumcision constitutes gender-based violence and is illegal in the Nordic countries. What are the best ways to prevent this form of gendered violence? This question is discussed at the FOKO (Forskning om kvinnlig omskärelse) network’s conference on female genital mutilation that takes place in Helsinki on 13–14 October.

Minister of Social Affairs and Health Pirkko Mattila will give an opening speech for the conference.

Minister Mattila says that the Nordic countries have zero tolerance for gender-based violence.

“We have to prevent gender-based violence by changing attitudes and stereotyped gender roles. In this work we need international cooperation as well as cooperation across administrative sectors between the public and private sectors, media and civil society organisations. We need to protect the women and girls at risk and at the same time increase awareness of the adverse effects of female circumcision,” says Minister Mattila.

The conference of the FOKO network of Nordic researchers brings together researchers, authorities, civil society organisations and policy makers as well as men and women from migrant communities with roots in countries where female genital mutilation is a common practice. The conference is organised by the Finnish League for Human Rights together with the Ministry of Social Affairs and Health.

Prevention of gender-based violence is a priority

The conference ‘Female genital mutilation and cutting – a matter of human rights and gender equality’ is part the Finnish programme for the Presidency of the Nordic Council of Ministers. Prevention of gender-based violence is one of the priority areas of the cooperation programme of the Nordic ministers for gender equality. Genital mutilation is an extreme act of violence and a violation of human rights, which is why the ministers for gender equality want to support Nordic cooperation on this topic.

Female circumcision not only violates the human rights of girls and women, it’s also a risk for their health and a manifestation of gender inequality. The UN estimates that every year up to three million girls and women are circumcised in the world, the Nordic countries included.

The procedure involves partial or total removal of the external female genitalia. The practice is most common in Africa and in parts of Middle East and Asia. In Finland it is estimated that in 2011 there were some 27,000 girls and women who have undergone circumcision, and with the growth in immigration this figure is estimated to be much higher by now.