Countries in the boreal coniferous forest zone met in Haparanda 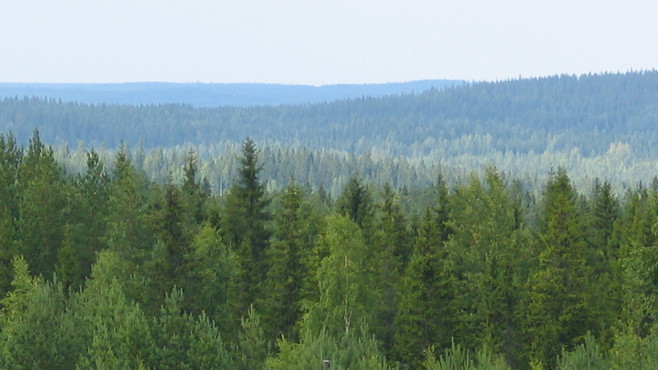 Countries located in the boreal coniferous forest zone in the north, i.e. Canada, the USA, Russia, Sweden, Norway and Finland, held a ministerial meeting in Haparanda at the end of June. The themes on the agenda were the growing forest-based bioeconomy and the opportunities it offers to promote a low-carbon society, as well as climate change and its mitigation in the forest sector.

The Finnish delegation at the meeting was composed of State Secretary Jari Partanen and experts from the Ministry of Agriculture and Forestry and Natural Resources Institute Finland.

The talks among the forest researchers from different countries and those making decisions on forest policy were highly encouraging. Forests have an important role in climate change mitigation, and the ability of forests to adapt to the changing climate is a key issue for all countries in the boreal forest zone. However, the questions involved are quite complex. Among the challenges is to obtain large enough data for scientific research to draw conclusion on these vast areas. Because of the considerable variation in soil properties, small datasets are a problem e.g. when studying the sequestration of carbon in the soil or peat.

All stakeholders benefit from cooperation with partners who are trying to tackle the same problems in similar natural conditions. Those belonging to the network get more scientific information from each other, while also finding out about topics where there is not yet enough data.

Countries in the boreal coniferous forest zone set up the network in 2013 to exchange ideas and experiences about the bioeconomy, climate change mitigation and adaptation and other similar topics, as well as strengthening research cooperation relating to these. The Food and Agriculture Organisation of the United Nations FAO and the United Nations Economic Commission for Europe UNECE are also members of the network. Iceland has a growing interest in increasing its forest area, which is why the country was also present at the meeting.

Before the Boreal Summit (CB) in Haparanda on 26 June 2018 the network had maintained contacts with the public officials and researchers mainly by telephone meetings and discussions in connection with various seminars, meetings and conferences. Now the future of the network looks very promising, with decisions on future cooperation made at the ministerial meeting.