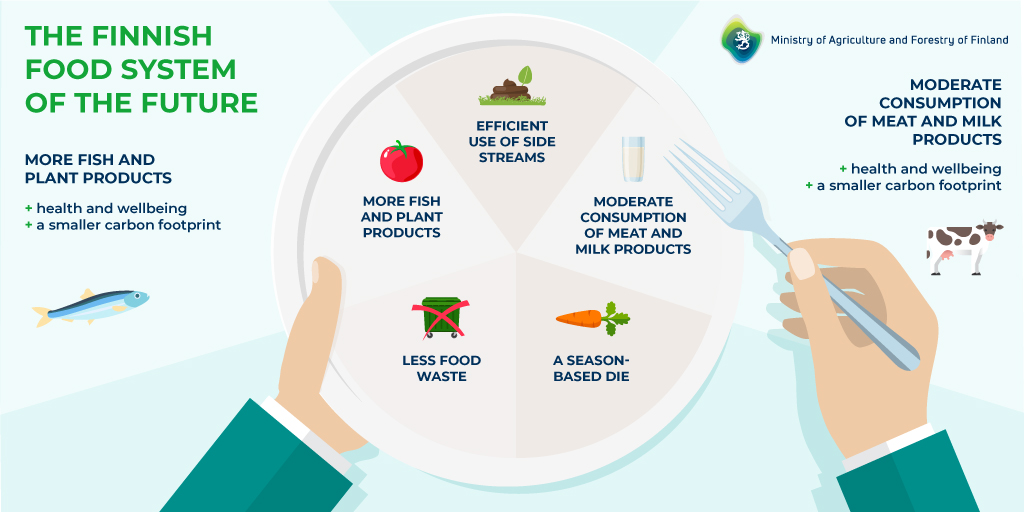 The event will be opened by Stella Kyriakides, Commissioner for Health and Food Safety, and a welcoming speech will be given by Jaana Husu-Kallio, Permanent Secretary of the Ministry of Agriculture and Forestry, as a representative of the Finnish Presidency. The EU countries, including Finland, are committed to achieving the UN Sustainable Development Goal of halving food losses by 2030 in households, restaurants and shops, and to reducing the amount of food waste in all parts of the food system. The Farm to Fork section of the Green Deal development programme, which has just been published by the European Commission, also includes reducing food waste as one of its key objectives.

Food and nutrition security and the environmental and economic aspects of food production mean we must prevent and reduce food waste. Our food system can only be sustainable if we are able to minimise food losses.

“In the Paris Agreement on Climate Change, we have made a commitment to act resolutely in order to reduce greenhouse gas emissions. In 2010–2016, food losses accounted for almost 10 per cent of greenhouse gas emissions. The report of the International Panel on Climate Change obliges us all to work together to find innovative and effective ways to combat food losses,” says Husu-Kallio.

In Finland, too, efforts are being made to intensify the monitoring and reduction of food waste* and food losses*. Up to now, statistics on waste have not provided sufficient tools for monitoring the amount of edible food losses or food waste. As part of a project launched in 2018, the Natural Resources Institute (Luke) has been preparing a roadmap for the reduction of losses, which will be published during spring 2020, in cooperation with industry operators and experts, the Ministry of Agriculture and Forestry, the Ministry of Economic Affairs and Employment and the Ministry of the Environment. The project has also created systematic and comprehensive tools for measuring and monitoring food losses and food waste that comply with the Commission's obligations. A number of complementary data collection methods have been developed to ensure that the data on food waste and losses is reliable and annually comparable.

The tools have been tailored separately for each stage of the food chain. For example, household losses will be monitored and evaluated in Finland in the future using a landfill survey, a questionnaire and a diary survey. In addition to traditional methods such as data collection forms, the project has developed separate applications and electronic methods for data collection. Luke has developed the Lukeloki app to collect food waste data from restaurants and the Hukka app to collect data from households.

The results of the Luke project will be presented as part of the conference programme in Brussels. The event will be broadcast live on 12 December 2019 at 10–18.00 (CET). The broadcast and the programme for the event are available at https://ec.europa.eu/info/events/times-food-waste-setting-eu-action-agenda-towards-2030-2019-dec-12_en. Follow the event on social media using the hashtags #FoodWasteEU and #EU2019FI.