The regional government reform will harmonise the structures of preparedness

An abnormal situation that tests the structures and preparedness of a society can occur without warning. The most critical objective of preparedness planning is to ensure functional preparedness in unexpected circumstances and to secure uninterrupted operational capacity in the various abnormal conditions. The regional government reform emphasises the harmonisation of preparedness models and the structural flexibility of the various security actors.

In the future, the organisation of public administration in Finland will be threefold: the state, county and municipal level. The Counties Act proposal determines two main tasks for preparedness planning. The counties must organise their operations in such a fashion that the rescue services, the ELY Centre sectors to be transferred under counties, social and health care departments and the environmental health services will be able to perform their statutory duties to the best of their ability also in abnormal conditions and emergency situations. The counties will also be tasked with the reconciliation of the preparedness of different actors.

"Preparedness issues are considered vital in all counties and it has been possible to advance the preparatory process in a good collaborative spirit. The counties are showing great sportsmanship. Preparedness planning is a joint effort, and there has been little conflicts or opposition," Markus Viitaniemi, Senior Adviser from the Ministry of the Interior, who coordinates the counties’ contingency programme, states contentedly. 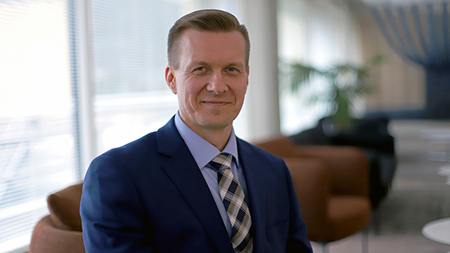 The rescue services are closely involved in the preparatory process of preparedness planning that the new counties will carry out. With the regional government reform, the counties will be tasked with the obligation of the management of partnership structures. According to the county model plans, each sector of a county must be prepared so that it can ensure its operational capacity in abnormal conditions.

It is, however, the task of the county to harmonise the preparedness of the various sectors in order to ensure the efficient handling of a crisis in the event of disasters. A major power outage that lasts a long time is an example of a situation that impacts several sectors simultaneously.

"Forums addressing emergency preparedness have been set up in the counties. They seek to plan the organisation of a county’s preparedness level. The existing cooperative partnerships have also been adjusted to ensure improved operation in the new county setting," Viitaniemi points out.

The Ministry of the Interior will continue to assume responsibility for the national harmonisation of the common efforts of preparedness, both in the central administration and at the county level. The Ministry will also assume responsibility for coordinating the joint efforts. The goal of the development programme of county-level preparedness is to support the preparation of preparedness and group administration in the counties and the development of key personnel competency.

In larger counties, for example Uusimaa and Varsinais-Suomi, the preparatory work has not advanced quite as promptly. They have to design the preparedness structures not only at the county level, but also taking into account the regional and local needs.

"We are talking about a problem of scale. The preparatory process comprises several steps, but it is important that a state of preparedness exists when the counties start their operations," Viitaniemi emphasises.

The Comprehensive Security model behind preparedness

Comprehensive Security is a Finnish preparedness cooperation model in which the vital functions of society are looked after through cooperation between the authorities, business community, organisations and citizens. The tasks and allocation of responsibilities for preparedness in society are based on the legislation. The fact that the comprehensive security cooperation model covers all the levels and actors of society is its strength.

"If a disruption occurs, there are often several actors that have to carry out their statutory obligations. For the residents of a county, the impacts will be determined by the level of cooperation by the authorities and other parties in the situation," says Viitaniemi. 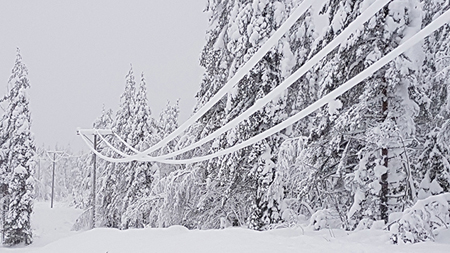 The regional government reform will also provide plenty of opportunities for new types of cooperation. The preparatory work has emphasised collaboration across the administrative bodies in the development of the structures and operational models at the county level. The networking of safety authorities and the various sectors of a county seek to maintain the ability to function. An additional goal is to build closer relationships between organisations and businesses in the county-level preparedness cooperation.

"The importance of a common insight on the situation is emphasised in the event of a crisis or disruption. A solid foundation for future cooperation in abnormal situations is established by the joint effort of safety authorities and the various sectors of a county," Viitaniemi states.

Cyber safety is a part of preparedness planning

Increasingly, many functions of a technological society depend on bits. The digital world safety, also known as cyber safety, is an obvious focus point of preparedness planning. It has been suggested for Finland to take up the role in order to craft the norms of a digital world, what could be called a digital peacekeeper.

Digitalisation has introduced a new element of vulnerability to society. Cyber safety and preparedness for various types of hybrid risks have been taken into account in the regional government reform. According to Viitaniemi, the regional government reform incorporates great potential for additionally strengthening the preparedness and contingency planning.

"The regional government reform that will come into force in the beginning of 2020, offers a great opportunity for raising preparedness to a whole new level," Viitaniemi firmly states.