Climate change calls for a different approach to economy

Melting of the Arctic sea ice has raised global awareness of the situation in the Arctic region. Accelerating climate change poses a threat to global stability. Efforts to fight global warming should be turned into economic opportunities; from threat to triumph. This is an area where Finland and the EU could lead the way. The Sustainable Development Working Group of the Arctic Council (SDWG) has brought low-carbon, resource-efficient circular economy into discussion within the framework of Arctic cooperation. 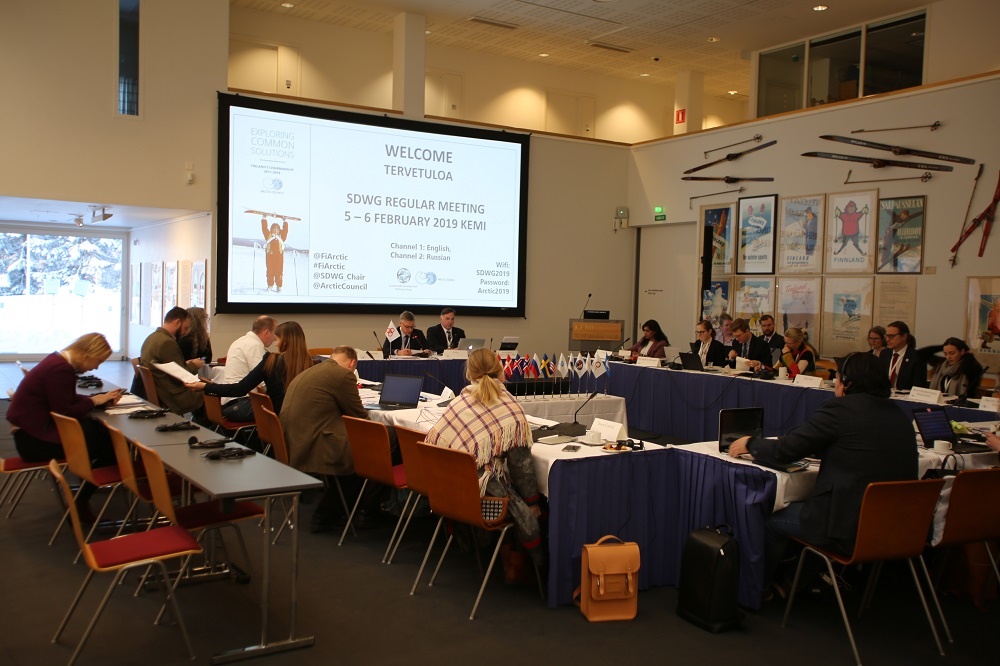 The last SDWG meeting during Finland’s Chairmanship of the Arctic Council was held on 4.-6. February 2019 in Kemi.

Traditionally, environmental protection and economic development have been seen as opposites, both in the Arctic region and elsewhere in the world. However, with the fight against climate change becoming a necessity, new opportunities are also emerging. The Finnish National Fund for Research and Development (SITRA) is an international frontrunner in “circular economy”, or economy in the era the climate change.

This 150-year-old Arctic industrial town has turned the by-products of various industrial sectors into a valuable resource: every day, 150 truckloads of waste are being transported for use as raw material elsewhere. The mining, forestry and steel industry produce approximately 1,700,000 tons of by-products per year, consisting of ferrochrome slag, steel waste and wood waste. 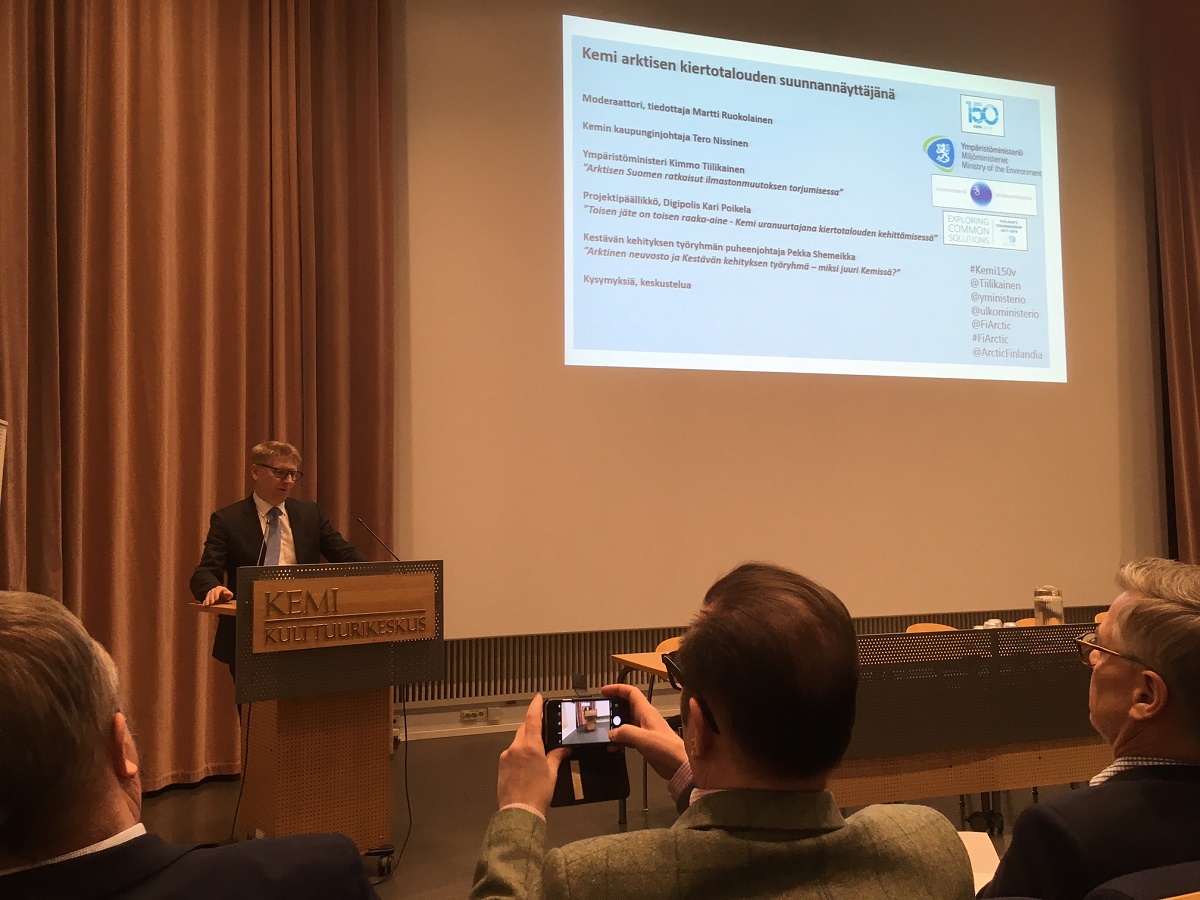 A discussion on Arctic economy in the era of the climate change was a crowd-puller in a public event held in Kemi on 6 February 2019. Management representatives from the City of Kemi and Kimmo Tiilikainen, Minister of the Environment, attended the event to answer questions and offer comments. Lapland setting the example

Development in the region has been fast: an assessment of industrial by-products in Kemi-Tornio was conducted in 2012, and in 2014 the EU Commission named Lapland a model area in natural resource processing.  International interest in the Arctic natural resources is growing quickly, and a new narrative for the economy and the environment is desperately needed to drive development in the Arctic region.

As the climate change accelerates, closed-cycle solutions with minimum emissions are needed everywhere in the world, by companies and consumers alike. Recycling represents only a small fraction of the circular economy. Consumers want new, climate-friendly choices; therefore this area offers great potential.  Even though the negative externalities associated with the economy and the environment were identified as early as in the 1980s, it is only now that new digital solutions are enabling circular economy.

Finland’s Chairmanship of the Arctic Council will end in May 2019, and Finland’s Presidency of the Council of the European Union will begin in July. The World Circular Economy Forum, now being held for the third time, will take place in Helsinki, Finland, in June. This gives Finland a great opportunity to advance innovative solutions for the new era of climate change.

Finland’s Chairmanship of the Arctic Council in 2017–2019