One of the key objectives of Finland’s Presidency of the Council of the EU has been to turn the European Union into a global climate leader. The 90 diplomatic and consular missions of Finland abroad have now risen to the challenge. The missions have addressed climate change in diverse ways, ranging from ways to exercise political influence to environmentally friendly choices in everyday life.

Finland’s missions abroad have organised bike meets and encouraged staff to cycle to work during Finland’s Presidency of the Council of the EU. Photo: ©Lauri Heikkinen/Prime Minister’s Office, Finland.

The embassies have played an important role during Finland’s Presidency, especially by raising awareness of Finland’s national sustainability goals. Their innovative and localised events and campaigns have given rise to discussion and prepared the ground for cooperation. An interesting theme of Finland’s Presidency has been the circular economy, a field in which Finland has strong expertise with export potential.

“It has been great to see the enthusiasm and innovative spirit with which the missions have adopted the environmental theme. We are proud to have been able to send such a strong message on climate action,” says Ville Cantell, Director of Unit at the Department for Communications of the Ministry for Foreign Affairs.

The missions abroad have sought to stimulate discussion on climate questions during Finland’s Presidency. Several seminars have been arranged, providing experts, decision-makers and citizens opportunities to exchange views on climate issues. Thus, in November the Finnish Embassy and the European Commission Representation in Copenhagen jointly organised a seminar on green investments. To attain its ambitious climate targets, the EU will need private funding. The seminar was attended by key players involved in increasing green investment.

The Finnish Consulate-General in St Petersburg took local actors on a “waste safari” to see how the consulate staff sort their waste. The Embassy in Washington DC invited the staff of other EU countries’ missions for a bike tour, followed by planting trees in a local park. These innovative events have attracted a great deal of attention. The other EU member states, in particular, have taken a keen interest in these campaigns. 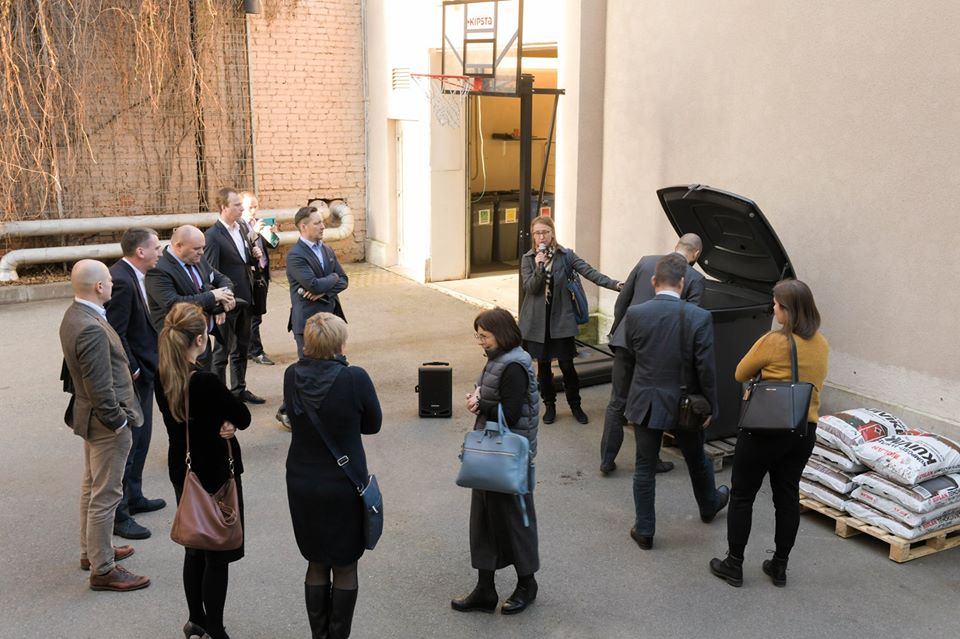 Waste recycling is still rare in Russia, which makes the Finnish Consulate-General in St Petersburg a pioneer. Photo: ©Maria Istomina

Traditional diplomacy has not been forgotten, because Finnish ambassadors have been exceptionally active in passing the message. The sustainability objectives of Finland’s Presidency and Finland’s national aim of achieving carbon neutrality by 2035 have been discussed frequently on international forums.

During Finland’s Presidency, the diplomatic missions have taken concrete steps to reduce their emissions. Many missions have switched to paperless meetings, and staff are encouraged to take advantage of the option to attend meetings online. Many missions are offering their staff Jopo bikes to use for commuting to meetings during the working day. This provides an environmentally friendly and healthy option for travelling short distances.  The Embassy in Madrid has just acquired an electric car.

The chefs at ambassadors’ residences have also begun to integrate the sustainable development goals  by favouring local and organic produce and ingredients on their menus and by minimising food loss. For example, the Embassy of Finland in Stockholm committed to replacing bottled water with tap water and had a meat-free October at the residence. The missions have succeeded in reducing emissions in their buildings through recycling and more efficient use of energy.

At the beginning of the Presidency, Finland decided not to distribute gifts or merchandise. At the Embassy in The Hague, speakers and other guests have been given their own designated tree in a tree park founded to mark Finland’s 100th anniversary. The Embassy in Paris has also handed out pine saplings as a gift. Finland's eco-friendly gifts have been widely commended. 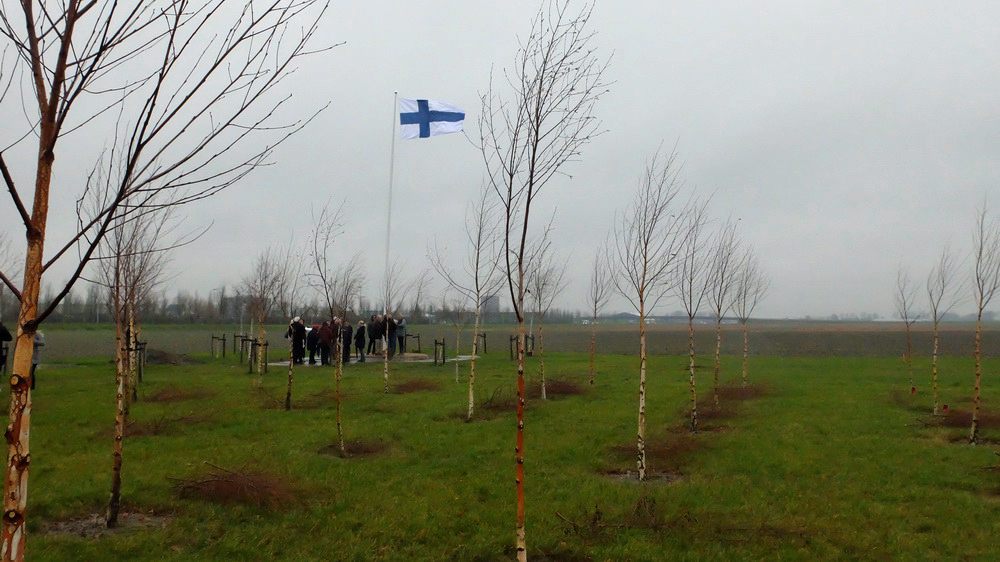 A recent Anholt-Ipsos Nation Brands Index survey revealed that perceptions of Finland as a leader in environmental protection have strengthened compared to previous years.  The second Soft Power 30 report underscored Finland’s climate leadership during the Presidency. Finland’s Presidency has thus set an encouraging example, while underscoring the significance of cooperation with actions such as challenging other countries to participate in various campaigns. The results of the missions’ work are reflected in the image of Finland as a global pioneer in environmental action.