Finland supports the schooling of the most vulnerable children in Myanmar

Finland supports the follow-on financing of the World Bank’s Decentralizing Funding to Schools Project in Myanmar. The project improves the quality of basic education in different parts of Myanmar, especially aiming to support the schooling of the most vulnerable children. 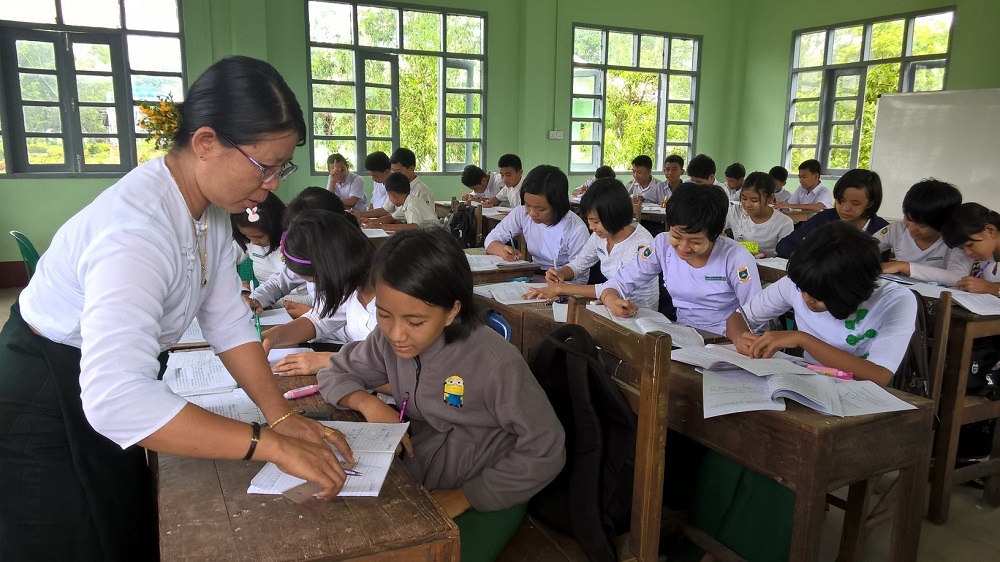 Thingyangyu’s training school close to Yangon is one of the thousands of schools that have received support from the DFSP project. Photo: Silja Rajander/Ministry for Foreign Affairs

Finland's contribution to the Decentralizing Funding to Schools Project totals EUR 7.12 million during 2017–2021. The agreement on follow-on financing for the project was signed in Naypyidaw, the capital of Myanmar, on Monday 18 March. In addition to Finland, the World Bank’s project is supported by Australia and Denmark.

The educational project was launched in 2014 together with Myanmar’s Ministry of Education. The coverage and results of the project have been good.

The heads and teachers of schools can personally decide the ways in which they want to develop the inclusiveness and quality of teaching in their schools through the support available from the project. Approximately 50,000 schools have received support from the project so far.

Thanks to stipends to pupils, it has been possible to reduce the school drop-out rate among the most at-risk children. Almost 200,000 children at risk of dropping out from school have been able to continue their schooling thanks to stipends.

”It is important for Finland that the DFSP reaches every State and Region in Myanmar, including Rakhine. We support teaching that also takes into consideration special groups and the most at-risk children,” says Riikka Laatu, Ambassador of Finland to Myanmar.

To schools participating in the project must commit themselves to equality and non-discrimination in their practices and activities. To be eligible for support, school heads and teachers must promote equality in both enrollment and classroom attendance.  The project provides support and monitors the success of schools in taking minorities and marginalised groups into consideration.