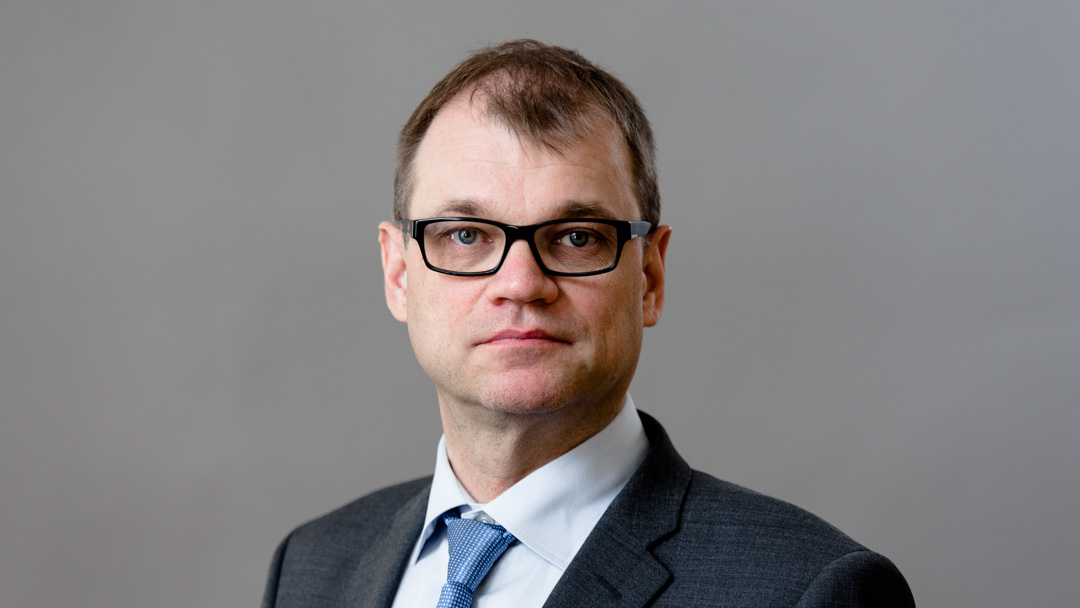 In my view, people in Finland believe that: 1. All means possible should be used to prevent the entry of criminals into Finland. 2. If a crime is committed by someone in Finland, it will be investigated and judgement handed down. 3. Those who come to Finland must adapt to the values embraced by Finnish society and to Finland’s laws and social norms. If someone fails to conform to the rules of our welfare society, they must face the prospect of having to return to where they came from.

I, personally, feel this way, too. These principles have underlain the Government’s actions and will continue to do so for the remainder of its term.

Law drafting is not, however, always an easy matter in practice. Finland honours international human rights agreements and the rights guaranteed by our country’s constitution. Within these parameters, the Government has made it possible to deport more quickly those foreigners who are found guilty of aggravated offences. The legislation on this came into force at the start of this year. There are also two government proposals being considered by Parliament. One of these deals with abuse of the system of renewed applications by asylum seekers, and the other would permit forfeiture of citizenship in the case of, for example, someone with dual citizenship who is found guilty of a terrorist offence. Also under consideration by Parliament is a government proposal to introduce tougher punishments for the most serious sexual offences against children.

In December, the Ministry of the Interior began a process of examining possible further measures for preventing offences by foreigners and for dealing with such offences. This work covers matters such as the criteria for granting citizenship and the overall functioning of the immigration system.

Attention must also be focused on the broader prevention of sexual offences. Parents and children must be made aware of the dangers. Children should be encouraged at home and at school to report to adults any attempts to lure them online, in shopping centres or on the street. Adults must be there to offer support to children.

When I met the City of Oulu’s leadership today, I found that Oulu has good preparations in place for providing crisis assistance. I was joined by Minister of the Interior Kai Mykkänen and Minister of Social Affairs and Health Pirkko Mattila. The three of us discussed the issues together after meeting the city’s leaders. We took the decision that the Government will provide Oulu with all the assistance and support it requires. I had earlier confirmed with Minister of Finance Petteri Orpo that the necessary resources can be found for this. Next week the Government will discuss the programme of measures assembled by the Ministry of the Interior. Once the further measures being prepared have been determined we will also discuss them with the opposition.

Cooperation among the authorities in Oulu appears to have been seamless. When suspected offences like this come to light, it is a sign that cooperation is effective. Suspected offences must always be brought to the attention of the police for investigation. These alleged deeds in Oulu are deeply shocking to us all. They insult and offend human dignity. The Government’s thoughts are with the victims and their families.