Students at the Helsinki School of Natural Sciences, Upper Secondary School, more familiarly known as Hellu, have been able to take part in a unique course on the Arctic region that is being carried out in cooperation with many subjects. The topics discussed on the course this academic year have included, among others, the Arctic Council, the indigenous peoples of the Arctic region, protection of the Arctic forests and climate change. The Ministry for Foreign Affairs has been involved in composing the course from the beginning.

Finland continues as Chairman of the Arctic Council until May 2019, which makes the Arctic a highly topical theme for the course.

Where did it all start?

The Arctic course arose in cooperation between the Helsinki School of Natural Sciences, Upper Secondary School and the Arctic Team of the Ministry for Foreign Affairs. The Helsinki School of Natural Sciences had the idea of a modular course focusing on the Arctic while at the same time, Conference Coordinator Annariina Kukkonen of the Arctic Team was contemplating how to convey the message of the Arctic Council to young people. Her problem was solved immediately when the natural sciences school approached the Arctic Team about the topic. The course began in the autumn of 2018, the outcome of cooperation between the upper secondary school, the Ministry for Foreign Affairs, the Ministry of Education and Culture, and the Finnish National Agency for Education. 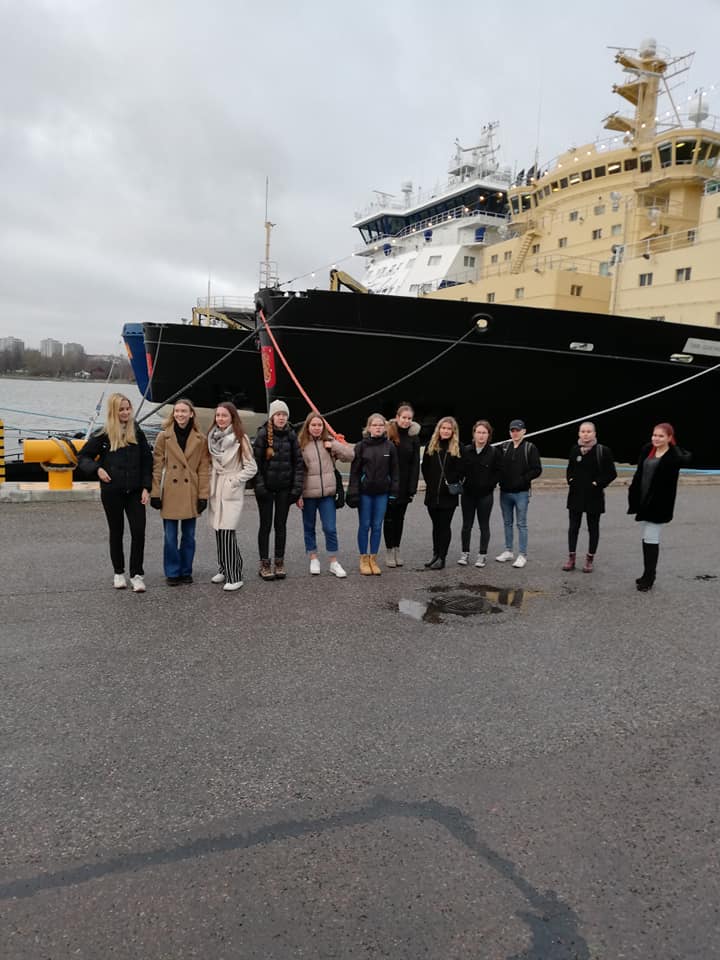 The Arctic course deals with the special issues of the Arctic region from many different perspectives. The course is the responsibility of five teachers: two biology and geography teachers; a religion and psychology teacher; a Finnish language teacher; and a study guidance counsellor. Teaching takes place through expert lectures, workshops, events, and visits, which are offered as though on a tray from which students can build an interesting modular course for themselves. There have been lectures for instance on climate change, the Northwest Passage, and the environmental impact of mining, while workshops have dealt with cave paintings, snow and ice, the music of indigenous peoples, and black coal. Students have visited the UArctic Congress in Helsinki and the icebreaker Polaris. They have also hosted a visit to Helsinki by upper secondary school students from Ivalo, and in spring they will travel to Rovaniemi and to Ivalo and Inari. A few students on the course will also have the chance to act as assistants at the Arctic Council meeting to be held in Espoo in March.

Students themselves can also suggest tasks relating to the topic as part of the course requirements. For example, they can watch a documentary focusing on Arctic issues and report on it, or they can visit an art exhibition linked with the topic. Credits are given for course components, and the course is completed when a sufficient number of credits has accumulated.

At present the course is being taken by about 40 students, and the first course is being completed around now. Course teachers Minna Hautaniemi and Katja Hyry say that the course is demanding for students, as it requires more independent work and the shouldering of responsibility.[KA1] Students need to set goals for themselves and must ensure that the course is completed. On the other hand, they say that the teachers can provide support and advice more individually during the course. Freedom of choice is also a motivating factor. The course thus requires time and dedication from students, but it also rewards those who are interested in the topic. Timo Hartikka, headmaster of the Helsinki School of Natural Sciences, points out, however, that the course also requires committed teachers in order to succeed. “The course requires teachers who put themselves on the line,” he says.

Aside from enthusiastic students and teachers, cooperation and resources are also needed. The school alone cannot organise this kind of course, Hautaniemi and Hyry state. In fact, the Arctic course has received support from many sources. One speaker, for example, has been environmental expert Tuuli Ojala from the Arctic Team of the Ministry for Foreign Affairs, who also took part in planning and launching the course. In addition, the speakers have included researchers from the University of Helsinki and the Finnish Meteorological Institute as well as journalists and non-fiction writers.

It isn’t worthwhile to organise multisector modular courses on just any topic. The subject matter should be topical and naturally in the public eye so that the course would be as interesting and useful as possible. Finding such topics and relevant experts requires meeting places and cooperation between different actors. Cooperation on the Artic course between the Helsinki School of Natural Sciences and the Ministry for Foreign Affairs is a good example of such cooperation. The Helsinki School of Natural Sciences has been nominated for the Education Act of the Year distinction to be presented at the Educa trade fair in January, and Arctic course teacher Minna Hautaniemi will talk about the course at the Foreign Ministry’s information point there.

The Arctic course will be completed this academic year, as will the Finnish Presidency of the Arctic Council. However, we immediately thought of new courses where the Ministry for Foreign Affairs would be able to participate by providing its expertise: for instance, a course on the EU Presidency, the Baltic Sea, or climate change. In order for such modular courses to be possible, different actors need to come together and cooperate with one another. Or, as the Hellu community put it: ideas come into being round the same table. Such a table might be found at Educa.

Ministry for Foreign Affairs and the Helsinki School of Natural Sciences at the Educa trade fair on 25–26 January 2019.

The writer works as a Conference Assistant in the Arctic Team