When agreements are breeched and broken away from, arms control and arms limitation efforts are facing difficult times. There is one goal, however, that brings states together: they share the view that international cooperation is needed to prevent terrorists from undermining safety in society.

The Global Initiative to Combat Nuclear Terrorism (GICNT), an international network led by the United States and Russia, will convene their general assembly meeting in the first week of June. Plans will be made to prevent terrorists from getting access to nuclear waste and other kinds of radioactive material. Hosted by Argentina, the meeting will end Finland’s two-year term as the coordinator leading the network’s activities. 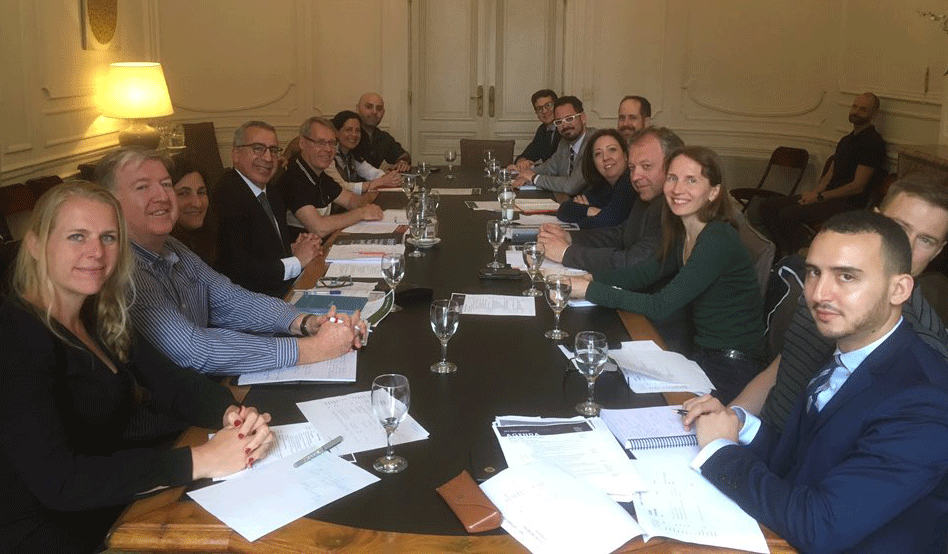 An international network led by the United States and Russia, will convene their general assembly meeting in Buenos Aires.
GICNT was launched in 2006 by the joint initiative of the President of the United States and the President of Russia. The number of partner countries totals 88, including all EU countries and nuclear states such as China, India and Pakistan. Six international actors take part in the work of GICNT as monitors: the European Union, International Atomic Energy Agency (IAEA), Interpol and three of the UN’s specialized agencies that combat criminal activities and terrorism. GICN carries out close cooperation with these organizations and, as a flexible organization, complements the work of these organizations that are bound by their powers and procedures.

Having a practical approach, GICNT’s work brings together a large number of authorities from the partner countries: the police, rescue service and intelligence authorities, legal experts, arms control professionals and experts in the field of radiation safety. The network’s goal is to develop the partner countries’ capacity to detect, prevent and respond to nuclear threats.  While it is unlikely that a terrorist organization would succeed in getting hold of or producing a nuclear weapon thousands of radioactive sources all over the world are in civilian use; these will have to be kept under official control in all circumstances.

The focus of the network against nuclear terrorism is to improve nuclear safety related preparedness and work in the partner countries by organizing capacity-building exercises for authorities, seminars and workshops. By bringing together authorities from different safety and security related sectors, GICNT events create preconditions for regional and for wider international cooperation. The two-year long term under Finland’s coordination has been very active: GICNT has organized over 20 exercises, seminars and other kinds of events in Asia, Africa, North and South America as well as in Europe. The Ministry for Foreign Affairs hosted a meeting for partner countries in June 2018 and a meeting in Helsinki for nuclear forensics experts in April 2019.

The Ministry for Foreign Affairs and the Radiation and Nuclear Safety Authority continue to play an active role in GICNT. Finland prepares to host a joint nuclear safety exercise for the Nordic and Baltic countries in 2020. Prior to that, the meeting in Buenos Aires will prepare a number of activities - and thanks will be extended from the United States and Russia who have decided to continue their co-chairmanship in GICNT.