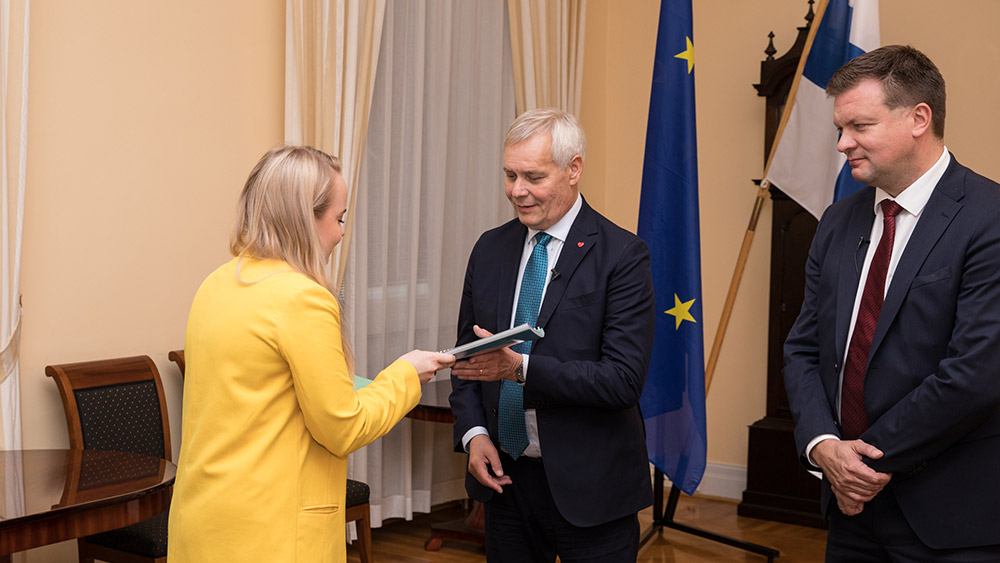 The Presidency of the Council of the EU provides Finland a vantage point for influencing global challenges. Prime Minister Antti Rinne and Minister for Development Cooperation and Foreign Trade Ville Skinnari discussed with young people on the eve of the autumn summits.

Finland is committed to implementing the UN Sustainable Development Goals, the 2030 Agenda, which are the world's common plan for building a better world. What issues should Finland be pursuing now that we have a visible role as the Presidency of the Council and, for example, climate issues are highlighted in international meetings?

This was asked in the “Surprisingly Effective” campaign for young people, launched by the Ministry for Foreign Affairs during the European Sustainable Development Week. The leading figures of the campaign are young influencers Mmiisas, Roni Back and Mansikkka, who reflect on sustainable development themes in their own social media channels and who invited their followers to participate in the discussion and express opinions on how Finland should exert influence in the world.

The main concerns in the responses they received were related to climate change, forests and seas, as well as equality and education. Based on the theme of the campaign, Finland's imprint could be surprisingly effective in the world in these areas. Young people hoped, for example, that Finland would plant trees, promote access to clean water, enhance recycling also in other countries, and ensure good education for all children.

A group of young people in the campaign, led by Mmiisas, gave a summary of their wishes to Prime Minister Antti Rinne and Minister for Development Cooperation and Foreign Trade Ville Skinnari at the Government Palace.

"News such as those about the forest fires in the Amazon make you feel powerless. However, having gained a more thorough knowledge about the UN's 2030 Agenda targets, I was filled with an even stronger feeling, which is why I am standing here now. The feeling is hope. I got this strong feeling that there is still hope. Climate change and inequality can be influenced globally, but they require action now,” Mmiisas, alias Miisa Rotola-Pukkila described the mood of the participants.

The ministers received the young people's list of wishes to support them when exerting influence in future.

"I share your concerns, I am the father of three children and we discuss these matters at home, too.  The 2030 Agenda targets are ambitious and we share the common concern that they will not slip away. That is why international cooperation, multilateral cooperation, the role of the European Union, Nordic cooperation, and Finland's ambitious policy play a key role,” said Minister Skinnari.

Prime Minister Rinne emphasised the importance of broad participation in the attainment of the objectives. Sustainable development choices can and must be made both by individuals in their consumption choices and by decision-makers. The 2030 Agenda provides a strong framework for the Government's work.

“Thank you very much for the work you have done and for your active contribution to the debate. I hope that you will keep the discussion and cooperation alive in future, too,” the Prime Minister said.

See a video of the meeting between young people and ministers at the Government Palace (02:40 min, in Finnish):