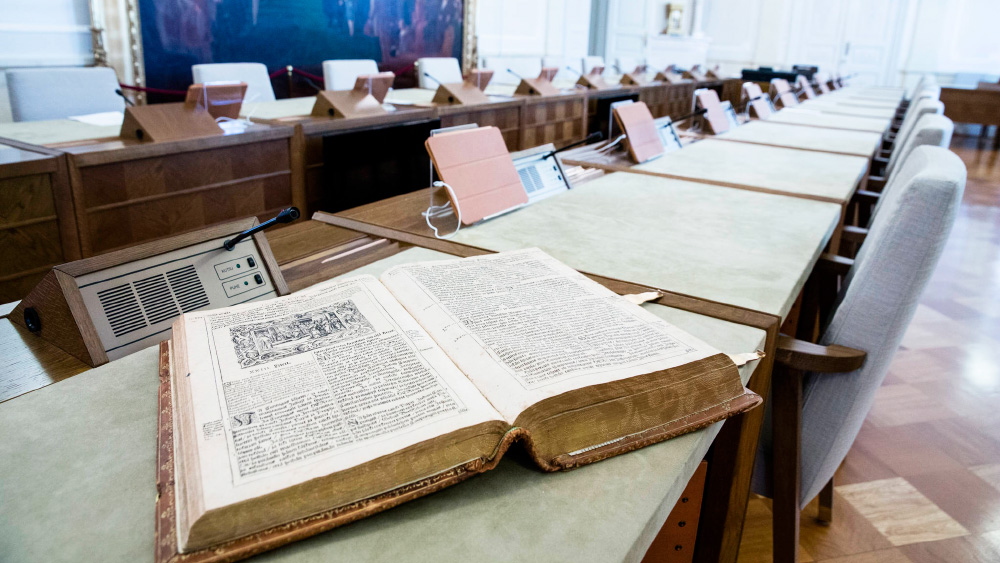 Before the Prime Minister’s election, the parties represented in the new Parliament negotiate on the political programme and composition of the Government. On the basis of these negotiations, and having heard the views of the Speaker of Parliament, the President of the Republic informs Parliament of the nominee for Prime Minister.

The nominee is elected Prime Minister if supported by more than half the votes cast in an open vote by Parliament. If the nominee does not achieve the necessary majority, another nominee is put forward in accordance with the same procedure. If the second nominee also fails to receive the support of more than half the votes cast, the Prime Minister is elected by a third open vote in Parliament. In this event, the candidate receiving the highest number of votes is elected.

The ministers are appointed to their duties by an open letter of appointment from the President of the Republic. Ministers must be Finnish citizens, known for their integrity and ability to serve.

The open letter of appointment names the Prime Minister and the portfolios of the other members of the Government (e.g. Minister of Finance) or the ministry to which they are appointed (e.g. the Minister of Culture is responsible for matters covered by the Ministry of Education and Culture).

The President of the Republic accepts, upon request, the resignation of the Government as a whole or of an individual minister. Even if no request is made, the President may in any event dismiss the Government as a whole or an individual minister if they no longer enjoy the confidence of Parliament. On the proposal of the Prime Minister, the President may also accept the resignation of a minister for some other reason.

Division of responsibilities between ministers and ministerial deputies

At its first plenary session, the Government decides on the division of responsibilities between ministers, for ministries with more than one minister. Ministers are of equal status within the ministry.

Each minister is responsible for international and EU matters falling within the ministry’s mandate and matters related to appointments and personnel administration. Each minister also directs financial planning, budget preparation and other joint matters within its field of activity.

Before taking office, a member of the Government shall take an oath of office or make an equivalent affirmation and take a judicial oath.

The ministers take their oath and make their affirmation at the first government plenary session after their appointment as a minister.

The Government Programme is a plan of action agreed by the parties participating in the Government and it sets out the main tasks facing the incoming administration. An incoming Government must issue a communication to Parliament on its programme without delay. The Prime Minister monitors the implementation of the programme.

While holding the position of minister, a minister may not hold a public office or other position which might compromise the performance of his or her ministerial duties or compromise the credibility of his or her actions as a minister. Upon being appointed, ministers must provide an account of their commercial activities, shareholdings, other significant assets and liabilities, and any outside duties or other interests which may be of relevance in evaluating their performance as a minister.

Ministers receive a salary as of the day when they assume their ministerial responsibilities. The right to salary expires upon acceptance of the minister's resignation or the time at which the minister is considered to have resigned from his/her ministerial duties.

Ministers are entitled to 30 days of paid leave corresponding to annual holiday.
Ministerial pay and allowances
Act on Ministers' Pay and Allowances

One of the tasks in organising the incoming administration is appointment of the Ministerial Committees.

The Prime Minister's Office draws up the order of seating for ministers at plenary sessions and presidential sessions of the Government on the basis of seniority.

The most senior minister is the Prime Minister, followed by the minister appointed by the Government as the minister deputising for the Prime Minister. Next in line are those ministers who have previously held ministerial office, their seniority being determined according to their length of service as a minister. Finally, for those new to ministerial office, seniority is determined according to length of service in Parliament and duties discharged either in Parliament or for their party