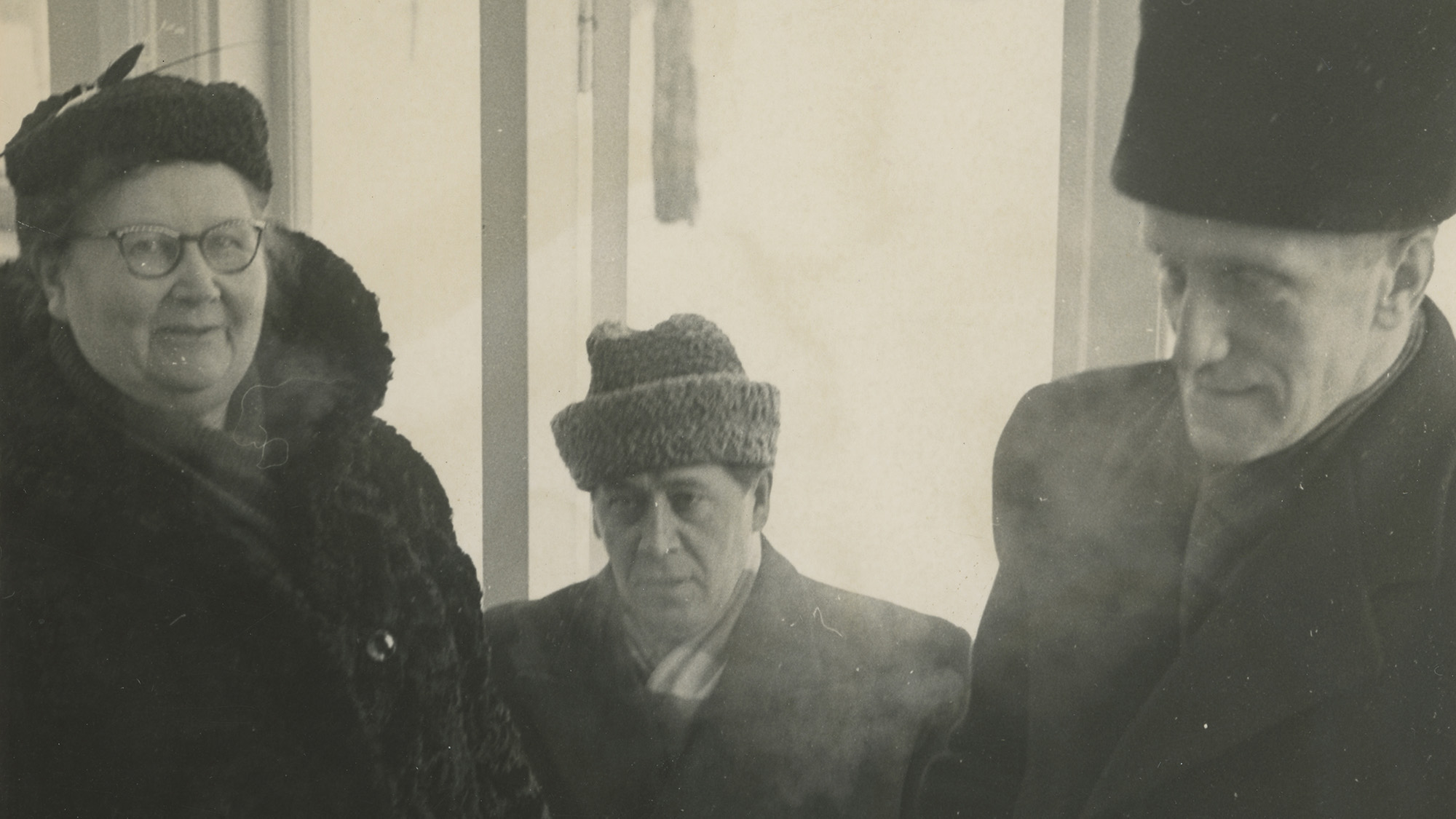 Aino Malkamäki, Rafael Paasio and Gunnar Henriksson, the leading troika of the parliamentary group of the Social Democratic Party, on their way to meet with Prime Minister Urho Kekkonen at Kesäranta, the Prime Minister’s official residence, in the 1950s. T. Norjavirta/Työväen Arkisto

Aino Elin Malkamäki was influential in education policy and is remembered as the second longest serving female MP in Finland.

Malkamäki took her matriculation examination in 1915 and studied at the University of Helsinki for a few years before transferring to the Teacher Training Seminar. She worked as a primary school teacher and governess in different parts of Finland and completed a librarian’s qualification while working in 1930. She worked as a librarian in Turenki and, for a short while, also as the subeditor of Working women's sports magazine. Aino’s wedding with journalist Matti Malkamäki in 1926 was a very special occasion, with Speaker Väinö Hakkila officiating in the ceremony held at the Parliament. The couple made their home in Turku and had four daughters.

Malkamäki started her political activities in the Social Democratic Party and its women's organisation in autumn 1918. She rose through the ranks to become a leading figure in the women's organisation and served as its vice chair in 1949–1961. Malkamäki was first elected to the Parliament in 1922. Her career spanned more than 30 years in three periods. Malkamäki participated in the work of most committees and was known as an advocate of education and teachers. The act on establishing municipal middle schools that she promoted in the 1940s and 1950s was known as Lex Malkamäki. This reform was a key model for the comprehensive school system fashioned a few decades later.

As the Social Democratic Party became divided in the mid-1950s, Malkamäki was part of the minority that supported Emil Skog. He was one of the ‘adopted ministers’ who had joined Prime Minister Sukselainen’s government without the party’s authorisation; consequently, he was regarded as having excluded himself from the parliamentary group. Malkamäki’s term as Minister of Social Affairs only lasted a few months before the government had to resign following a vote of no confidence.

Similarly to other Skog supporters, Malkamäki joined the newly established Social Democratic Union of Workers and Smallholders (TPSL). In 1960, she was called to serve in the Parliament as the election runner-up when an MP died in the middle of the parliamentary term. The following year, she was already forced to go on sick leave herself. Aino Malkamäki died in October 1961.

Malkamäki, who received the honorary title of kouluneuvos in 1955, also served as an elected official in Janakkala local council, the board and different delegations of Maatalouskerholiitto and the board of directors of the Family Federation of Finland. She was a presidential elector as many as seven times. Malkamäki remains the longest serving female MP in Finland after Miina Sillanpää.