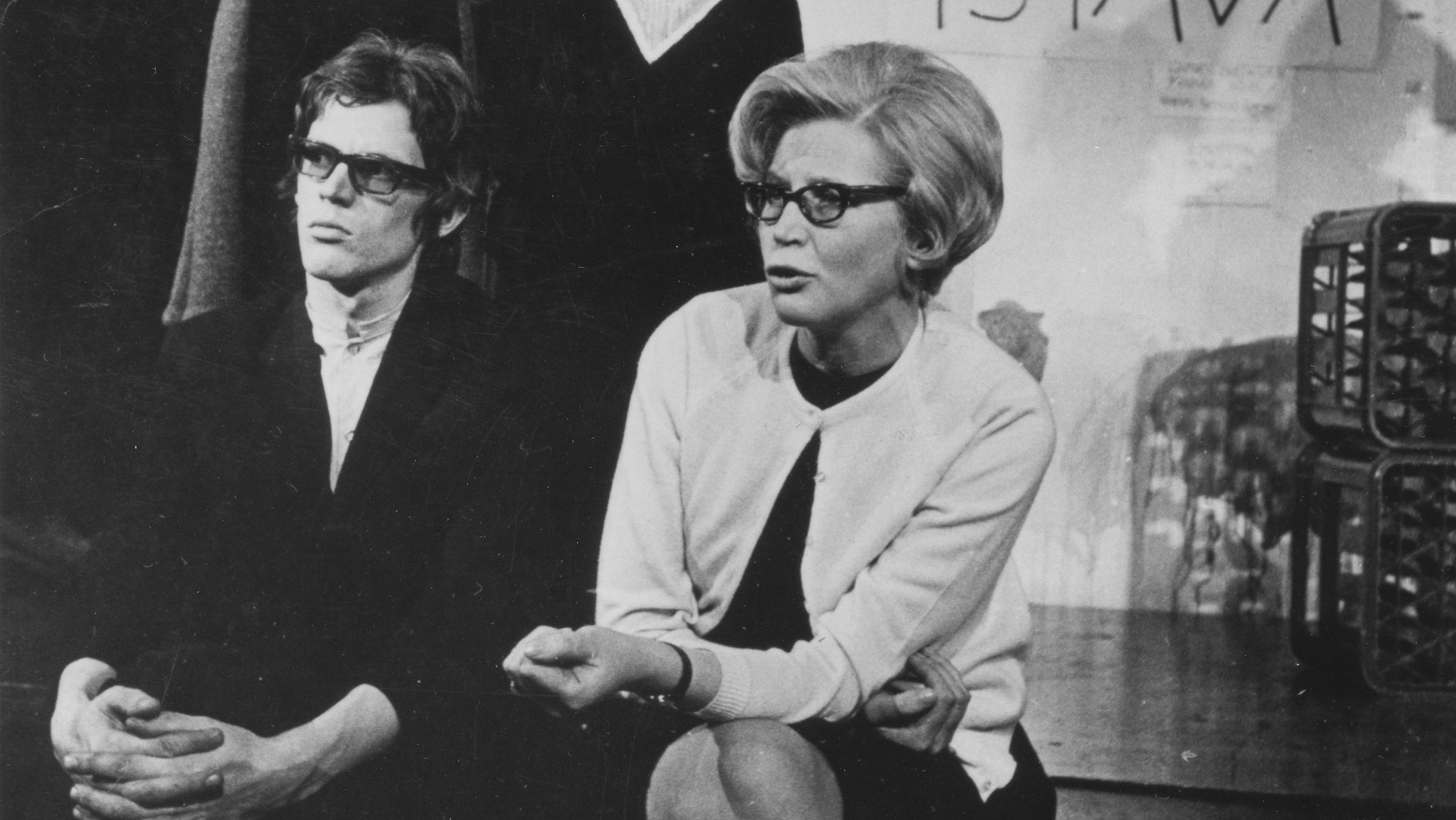 Alli Lahtinen was appointed a Minister three times in the 1970s, although she was not a Member of Parliament at the time.

Alli Lahtinen pictured on a TV entertainment show at the beginning of the 1970s. Sitting next to Lahtinen is actor Hannu Kahakorpi The Labour Archives

Alli Kyllikki Lahtinen was the first woman to be appointed to lead a major central government agency. She was at the helm of the National Board of Social Welfare for a period of eight years, implementing many reforms to the Finnish social safety net.

After taking the upper secondary school matriculation examination, Alli Lahtinen moved to Kotka from her hometown of Hyvinkää. She worked as a journalist for the Eteenpäin (‘Forward’) newspaper, as an office clerk for the City of Kotka Child Welfare Committee and as an untenured teacher of the Finnish language and arithmetic at an adult education centre.

While working, Lahtinen studied social policy at the Helsinki Civic College, graduating as Bachelor of Social Sciences in 1956. She spent nine years as the Child Welfare Director at the City of Kotka Social Welfare Committee, until she was appointed as Director-General of the newly established National Board of Social Welfare in 1968.

Involved in civil society organisations from childhood, Lahtinen joined the Social Democratic Party the year she took her upper secondary school matriculation examination. She especially advocated for the causes of children, elderly people and working-class women, but she viewed the Social Democratic ideology as being more important than promoting the status of women. Lahtinen was active in the women’s organisations of the party, becoming a prominent female politician. She served on the Kotka City Council for 14 years and also held numerous other positions of trust.

In between and after her ministerial terms, Lahtinen continued as Director-General of the National Board of Social Welfare. The achievements of her tenure include the children’s day-care system. Indeed, Alli Lahtinen is considered to have played a key role in building Finland’s social safety nets at the turn of the 1960s and the 1970s.

Alli Lahtinen married firefighter Kaarlo Lahtinen in 1947 and gave birth to two sons. She passed away unexpectedly of a sudden illness at the age of 50.