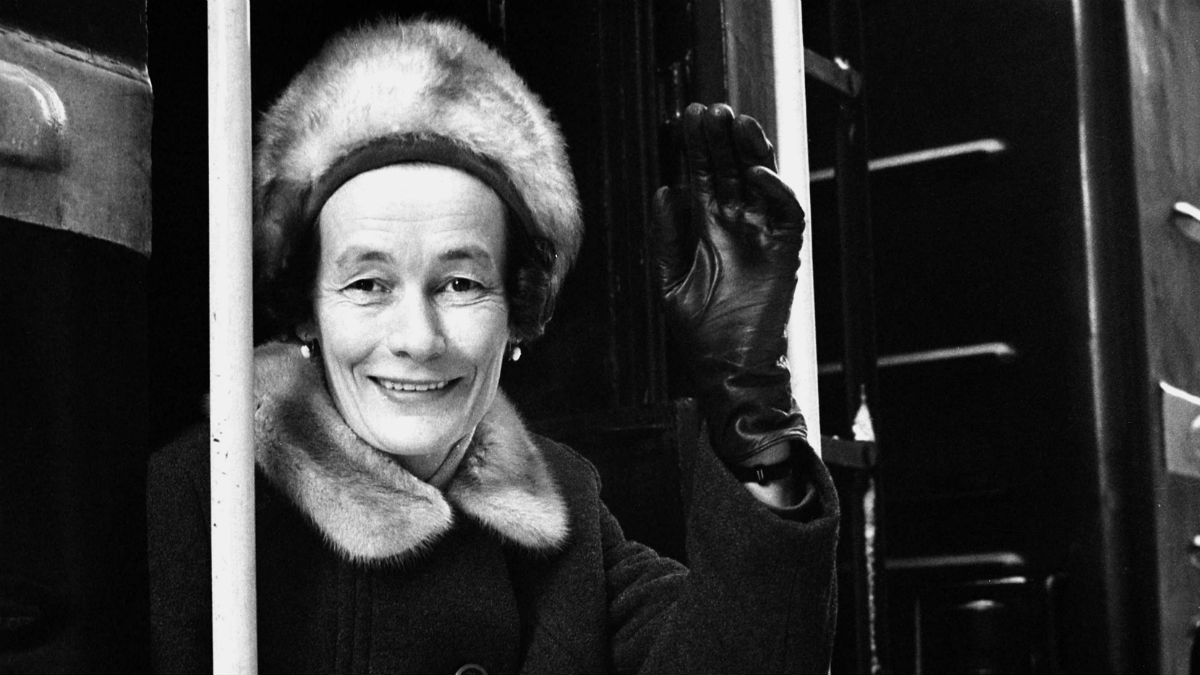 “In my opinion, the work of politicians is not any more or any less important than any other work in society. I think what Members of Parliament should especially have is a sense of responsibility, a broad comprehensive way of thinking and an open mind.”

Anna-Liisa Tiekso at the Railway Station in 1970, about to board a train to Moscow. Yrjö Lintunen/Kansan Arkisto

Anna-Liisa Tiekso (later Korpinen) became active in politics at the age of 22. She was involved in several social policy reforms in the 1960s and 1970s.

Tiekso was the first child in her family. Her father was a small farmer and mother an elementary school teacher. She passed the matriculation examination in 1949. Politics was part of the life of the family living in Kemi, as her parents were members of the left-wing workers’ movement. Tiekso joined the Finnish Democratic Youth League and served as its chair from 1955 to 1964. She was also a member of the Communist Party of Finland (SKP) and the Finnish People's Democratic League (SKDL), which she represented during her political career.

Tiekso began to study law at the University of Helsinki and married Arne Isaksson, who was half Swedish and active in the communist movement in Sweden. Isaksson was appointed as the social secretary of the Municipality of Kolari in 1955, but was expelled from Finland in 1956 because of complaints about his nationality. The couple divorced the following year and Tiekso remained the guardian of their two children.

Tiekso never graduated from university as politics became her career. She was elected to Parliament on her first attempt in 1951, at the age of 22 years, and was the youngest Member of Parliament at the time. She enjoyed the support of the voters in Lapland. In her career as a Member of Parliament spanning more than 20 years, Tiekso proceeded to key positions both in her party and in national politics. She served as the deputy chair of the Finnish People's Democratic League and was engaged in the social policy reforms of the 1960s and 1970s.

In 1962, Tiekso became the chair of the Education and Culture Committee and the first woman to chair a committee in Parliament since the 1940s. Tiekso, who was steering the reform introducing comprehensive school was chosen as Minister of Social Affairs and was the only female minister in Mauno Koivisto’s Government. Her post continued in Ahti Karjalainen’s second Government. Among the most important achievements of her terms as a minister were the acts on survivor’s pension and self-employed persons' pensions and a new act on abortion, although the latter was not implemented quite to the extent Tiekso had hoped for. She resigned from the Government along with her party in spring 1971.

Tiekso was a municipal councillor of the Municipality of Kemin maalaiskunta from 1954 to 1968. She held a number of positions of trust including memberships in the Science Policy Council of Finland, the board of Kansan sivistystyön Liitto and the Committee of the Finnish 4H organisation. Tiekso was a member of the electoral college three times. She was the head of the pensioners’ organisation Eläkeläiset ry from 1984 to 1994.

“In my opinion, the work of politicians is not any more or any less important than any other work in society. I think what Members of Parliament should especially have is a sense of responsibility, a broad comprehensive way of thinking and an open mind. After all, they make decisions on matters that concern the entire country and the nation.” (Eskelinen, Heikki (Ed.): He edustavat meitä. Kansanedustajamme kertovat itsestään. [They represent us. Our Members of Parliament tell us about themselves.] WSOY, 1966, p. 342)

YLE’s Myöhäisuutiset (“Late Night News”) addressing the issue of grounds for abortion on 8 December 1968. Comments by Anna-Liisa Tiekso, Ministry of Social Affairs, can be seen at time stamp 3:11 and 5:50.