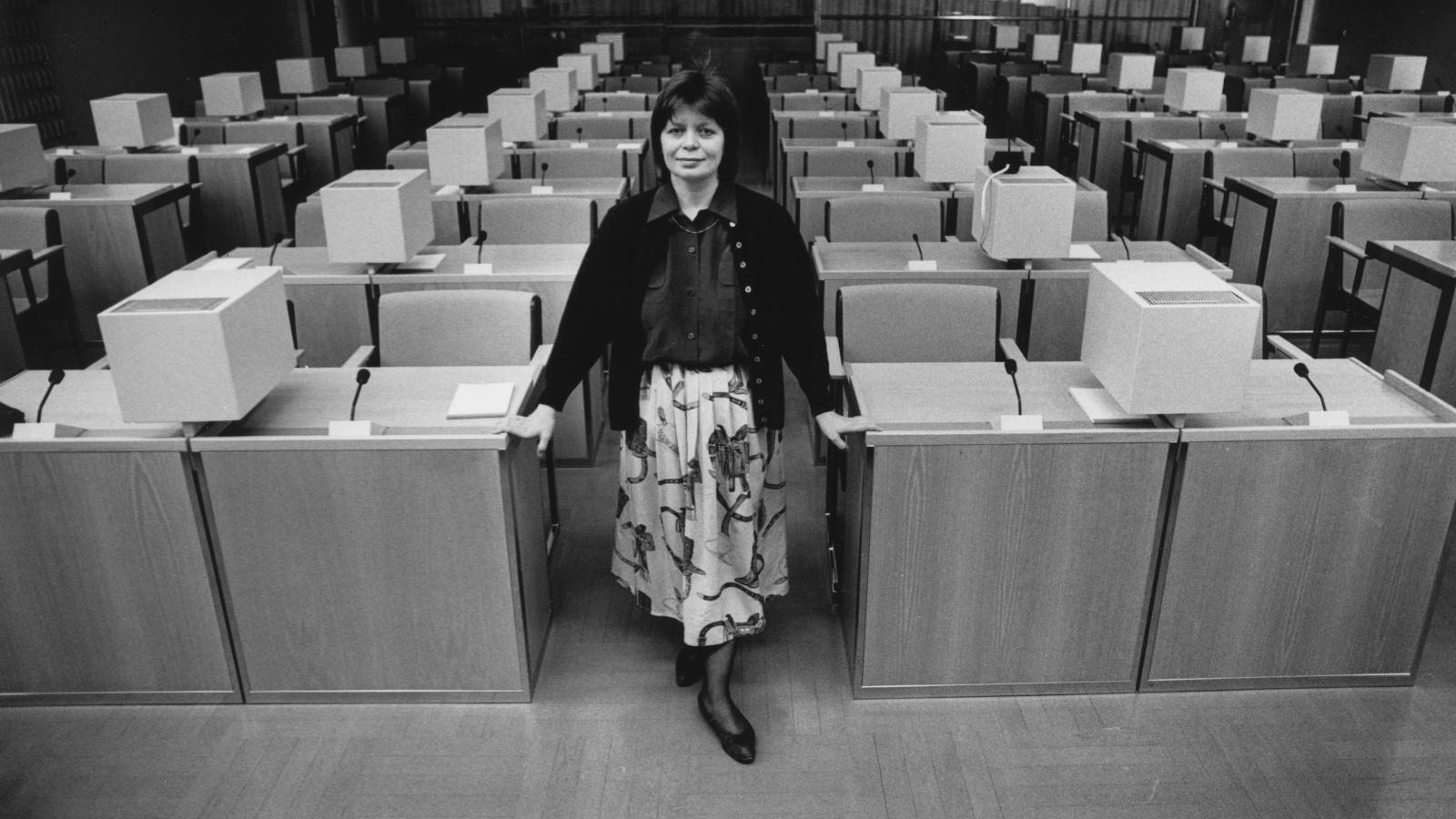 Arja Alho was a member of Parliament for 20 years. The photo is from 1994. Kari Hulkko/Labour Archives

Originally a nurse by profession, Arja Inkeri Alho studied political science at the University of Helsinki, while working as a nurse and project secretary. Student politics inspired Alho to stand for the Helsinki City Council, and she was elected to Parliament for the first time in 1983 and served as Second Minister of Finance in Paavo Lipponen’s first cabinet 1995–97. Alho resigned in autumn 1997 following the financial settlement in the ‘Sundqvist case’.

As Alho failed to be re-elected in the 1999 parliamentary elections, she studied for a year in Toronto, completing her doctoral dissertation in 2004 on the relationship between representative democracy and publicity.

In the 2003 parliamentary elections, Alho was re-elected. During her 20-year parliamentary career, Alho served on the Constitutional Committee (twice as vice-chair), the Grand Committee and the Finnish delegation to the Nordic Council.

Since failing to be re-elected in the 2007 parliamentary elections, Alho has held a large number of positions of trust. She has been active in local politics, first in Helsinki and most recently as chair of the municipal council of Siuntio. At the same time, she has been working as a lecturer and consultant through her own company, authored three books and written columns for various publications. Currently, Alho is an independent researcher and, since 2009, the editor-in-chief of the Ydin magazine.

“I think I’ve always been like a male politician. For example, I’ve never been like a woman politician who takes a special interest in social issues and things like that. I’ve always tried to pursue a broad range of interests including international issues – in that sense a woman politician with a difference.” (Saari, Heikki: Median jahtaamat [Chased by the Media]. Moreeni, 2010, p. 79).

“I’ve clearly been ambitious, wanted power. In my opinion, you need to want power to be able to change the existing power structures. Otherwise, why complain? At the same time, these character traits have been a burden. Of course, I’ve been criticized quite harshly because I’ve had such a high profile.” (Saari, Heikki: Median jahtaamat [Chased by the Media]. Moreeni, 2010, p. 79).

Arja Alho and Elisabeth Rehn speak about the status of women ministers on YLE's Kolmas valtiovalta programme in Swedish (subtitled in Finnish) on 19 February 2011.