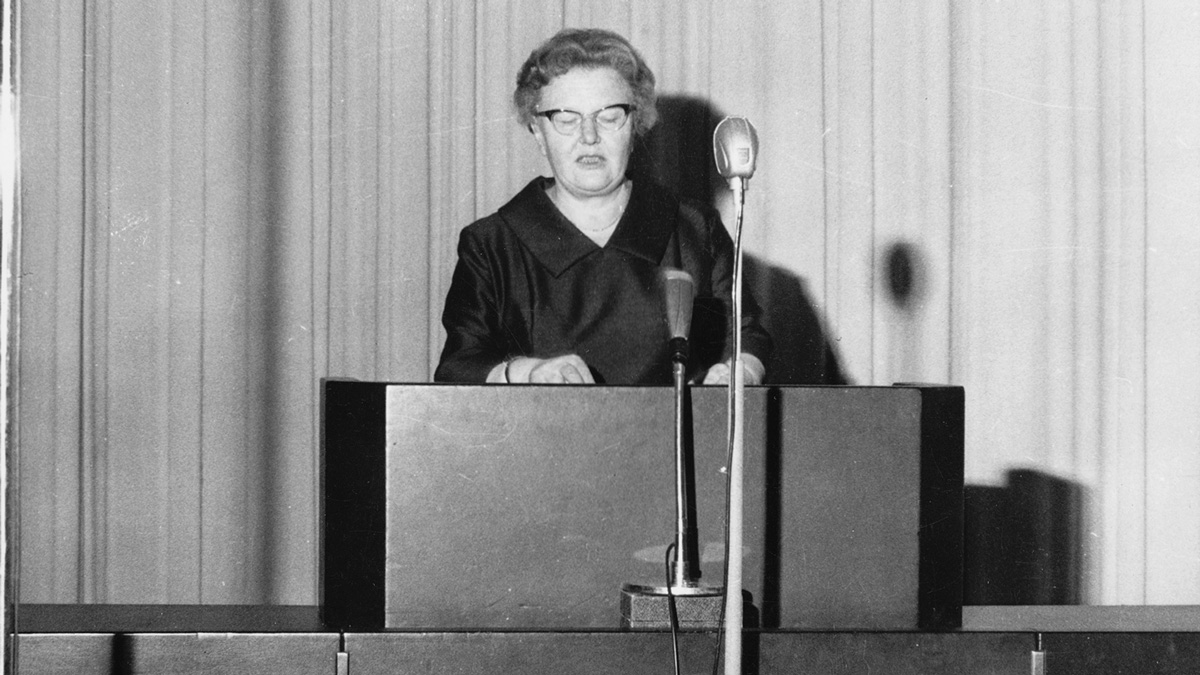 ”Politics provide one, currently very prominent means to influence the way society is developing, and women are neither entitled, nor can afford, to ignore it.”

Armi Laila Hosia was not the only politician in her family. Her father, Severi Kurkinen, was a member of Parliament for the Social Democratic Party of Finland in the 1910s and her brother-in-law, Heikki Hosia of the Agrarian League, was her predecessor as the Minister of Education.

Armi Hosia graduated as a Master of Philosophy from the University of Helsinki in 1935. During her studies, she worked as an office assistant at the Ministry of Social Affairs. After graduating, Hosia worked as a teacher of history and social studies as well as an office manager. She was elected as a member of Parliament for the first time in 1954 and subsequently for each consecutive term until 1966.

According to Hosia, she took on the responsibility of a minister solely for the cause of women's issues and would otherwise not been interested in the position. The key issues during her term as a minister were related to the reform of Finland's school system as well as cultural cooperation with the Soviet Union which was taking its first steps.

Hosia was also one of the founding members of the K. J. Ståhlberg Foundation and one of its board members during the early years. She was active in local politics, first in Hämeenlinna in the 1940s and later in Helsinki from 1954 to 1964. Hosia was granted the Finnish honorary title of 'kunnallisneuvos' in 1965.

Since 1932, Armi Hosia was married to Leo Hosia, an insurance manager and a recipient of the Finnish honorary title 'talousneuvos'. They had four children.