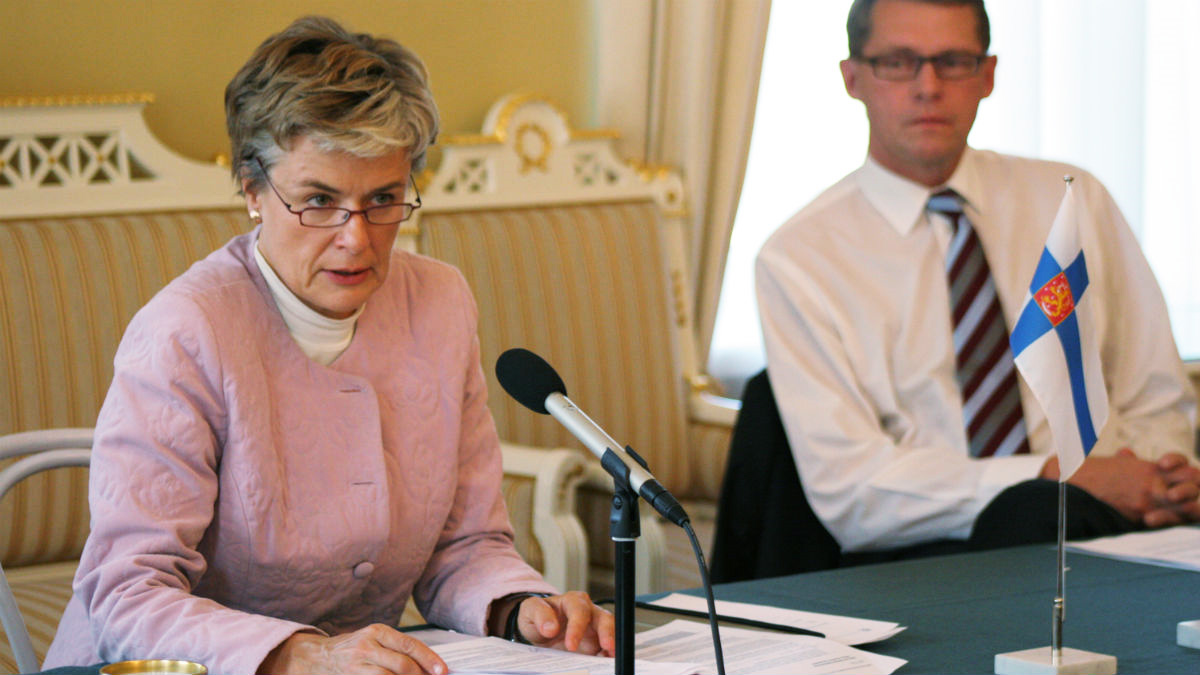 Among other things, Astrid Thors has been a member of the European Parliament and held the position of High Commissioner on National Minorities of the Organization for Security and Co-operation in Europe.

Astrid Thors, Finland’s first Minister of Migration and European Affairs, served as OSCE High Commissioner on National Minorities from 2013 to 2016.

Astrid Margareta Gunilla Thors, the daughter of parents with an academic education from Helsinki, graduated with the degree of Master of Laws from the University of Helsinki in 1983. She completed her court training three years later. Thors became politically active when she was a student and acted as the chair of the youth organisation of the Swedish People’s Party from 1981 to 1983. She worked as the lawyer of the Central Union of Swedish-speaking Agricultural Producers in Finland, as the political secretary of the Minister of Defence and the Minister of Justice, and as the deputy town clerk of Helsinki.

In 1996, Thors was elected to the European Parliament and took leave of absence from her post as the assistant director of Finlands svenska Kommunförbund r.f., the association of Swedish-speaking local authorities. During her eight years in the European Parliament, Thors served as the chair of the delegation for the EU’s relations with Romania and as the deputy chair of the Committee on Petitions. She was a member of the Committee on Legal Affairs and the Internal Market and the Committee on Environment, Public Health and Consumer Policy.

Immigration issues were for the first time given to one minister in Matti Vanhanen’s Government, and Astrid Thors was chosen to the post. Her post as Minister of Migration and European Affairs continued in Mari Kiviniemi’s Government.

Many decisions related to asylum seeker policy were made during Thors’ term as a minister: the disputed Aliens Act was reformed, receiving citizenship was made easier and the integration of immigrants was enhanced. In addition, she took a stand on intervening in forced marriages and the status of the Roma minority. Åland’s affairs were also centralised in Thors’ portfolio for the first time.

In 2013, Thors was elected High Commissioner on National Minorities of the OSCE, the Organization for Security and Co-operation in Europe. At the time, it was the highest position ever given to a Finn. Thors did not seek to be re-elected after her first three-year term because of Russia’s annoyance over the statements she had given about the situation in the Crimea and the Tatars.

Thors was the deputy chair of the Swedish People’s Party from 1992 to 2000. In 2002, she challenged Jan-Erik Enestam, the party’s long-serving chair, but lost the election by 19 votes. Thors’ positions of trust include the chair of the Swedish Assembly of Finland from 2005 to 2007 and the chair of Unicef Finland from 2000 to 2005. Thors was a city councillor in Helsinki from 2009 to 2013. She gave up her councillor’s seat and her position as the leader of the parliamentary group of the Swedish People’s Party to take up the post at OSCE.