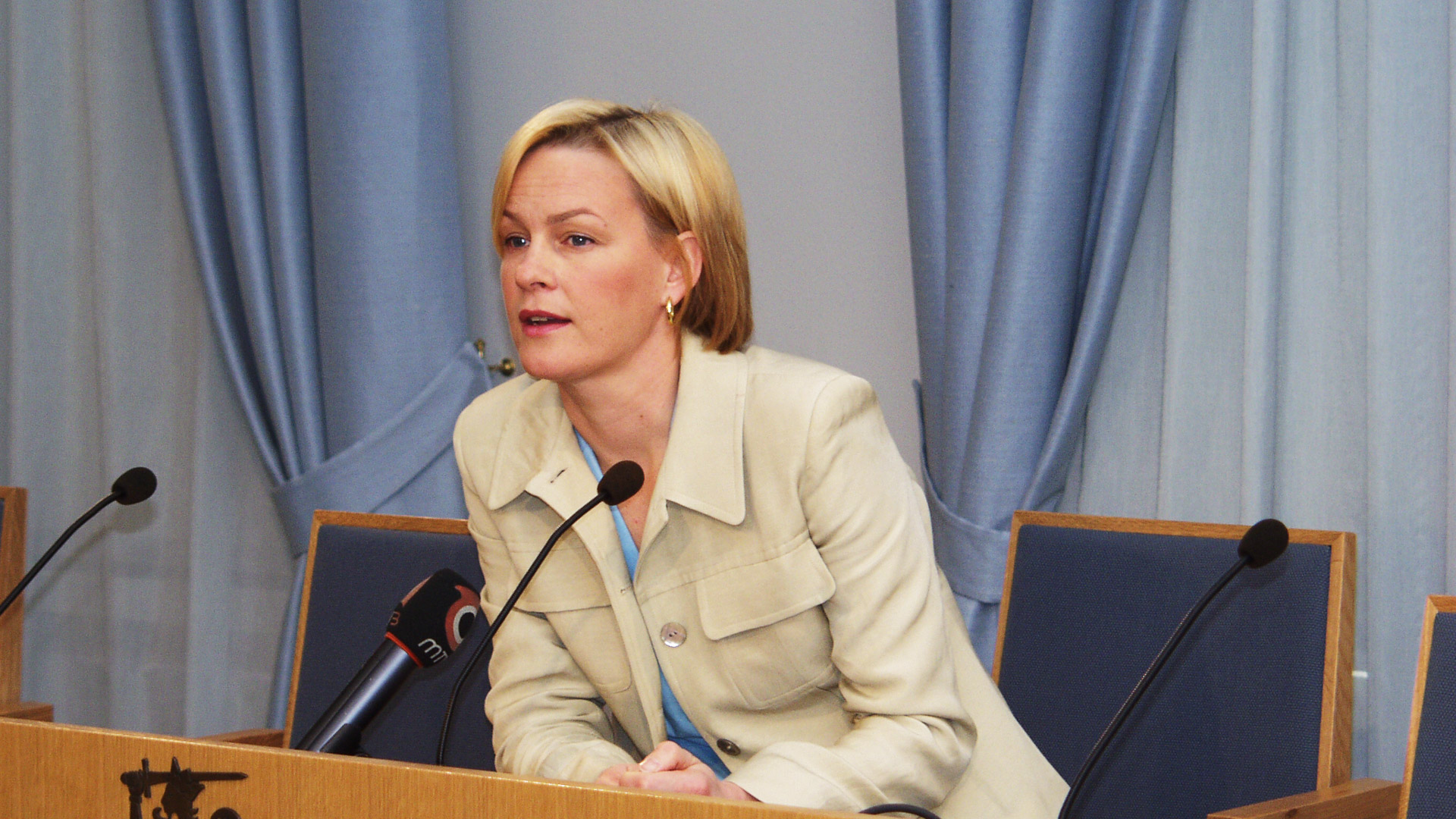 “I have tried to train younger female politicians to understand that successful decision-making is not just about facts. Networking is equally important. Men are often better at that.”

Eva Biaudet returned from her maternity leave to take on the role of the Minister of Health and Social Services on 19 April 2002. The photograph was taken at the press briefing held after her appointment. Prime Minister’s Office

Eva Rita Biaudet received an award from the US Department of State for her work to combat human trafficking in 2011.

A daughter of a Swiss French father and a mother from Kainuu in Eastern Finland, Eva Biaudet already became interested in influencing in society when she was at school. She studied law, but left university when she became a full-time politician. Biaudet was deputy chair of the Swedish People’s Party of Finland from 1990 to 1994 and was elected member of Parliament in 1991. She was the chair of her parliamentary group between 1995 and 1999, and deputy chair of the Foreign Affairs Committee on three occasions.

Biaudet was the Minister of Health and Social Services in Paavo Lipponen’s second Government from 1999 to 2000 and from 2002 to 2003. Between 2000 and 2002, she was on maternity leave. During her term as minister, Biaudet worked to promote the national healthcare project and to prohibit the purchase of sexual services.

Biaudet was a member of Parliament without interruption until 2006, when she moved to Vienna to serve as OSCE's Special Representative for Combating Trafficking in Human Beings. She was then chosen as the Non-discrimination Ombudsman for the term 2010–2015. In both tasks, Biaudet addressed human rights issues, hate speech and discrimination in both in Finland and at an international level. In 2011, United States Secretary of State Hillary Clinton awarded her the TIP Hero award (Trafficking in Persons) for her work to combat human trafficking.

Biaudet ran for president as the candidate of the Swedish People’s party in the presidential election of 2012, in which she came seventh with a share of 2.7 per cent of the votes. She returned to Parliament in 2015 and was the candidate of the Swedish People’s Party for the position of Mayor of Helsinki in the municipal elections of 2017. As chair of the Legal Affairs Committee, Biaudet has prominently opposed stricter refugee and immigration policies. Her several positions of trust have included chairing the Finnish Refugee Council and the UN’s Finnish National Committee on the Rights of the Child and positions in many organisations promoting health. She was a local counsellor in Helsinki from 1989 to 1996 and from 2004 to 2006.

“I have tried to train younger female politicians to understand that successful decision-making is not just about facts. Networking is equally important. Men are often better at that.” (Talvitie, Eveliina: Keitäs tyttö kahvia. Naisia politiikan portailla. WSOY, 2013, p. 87).