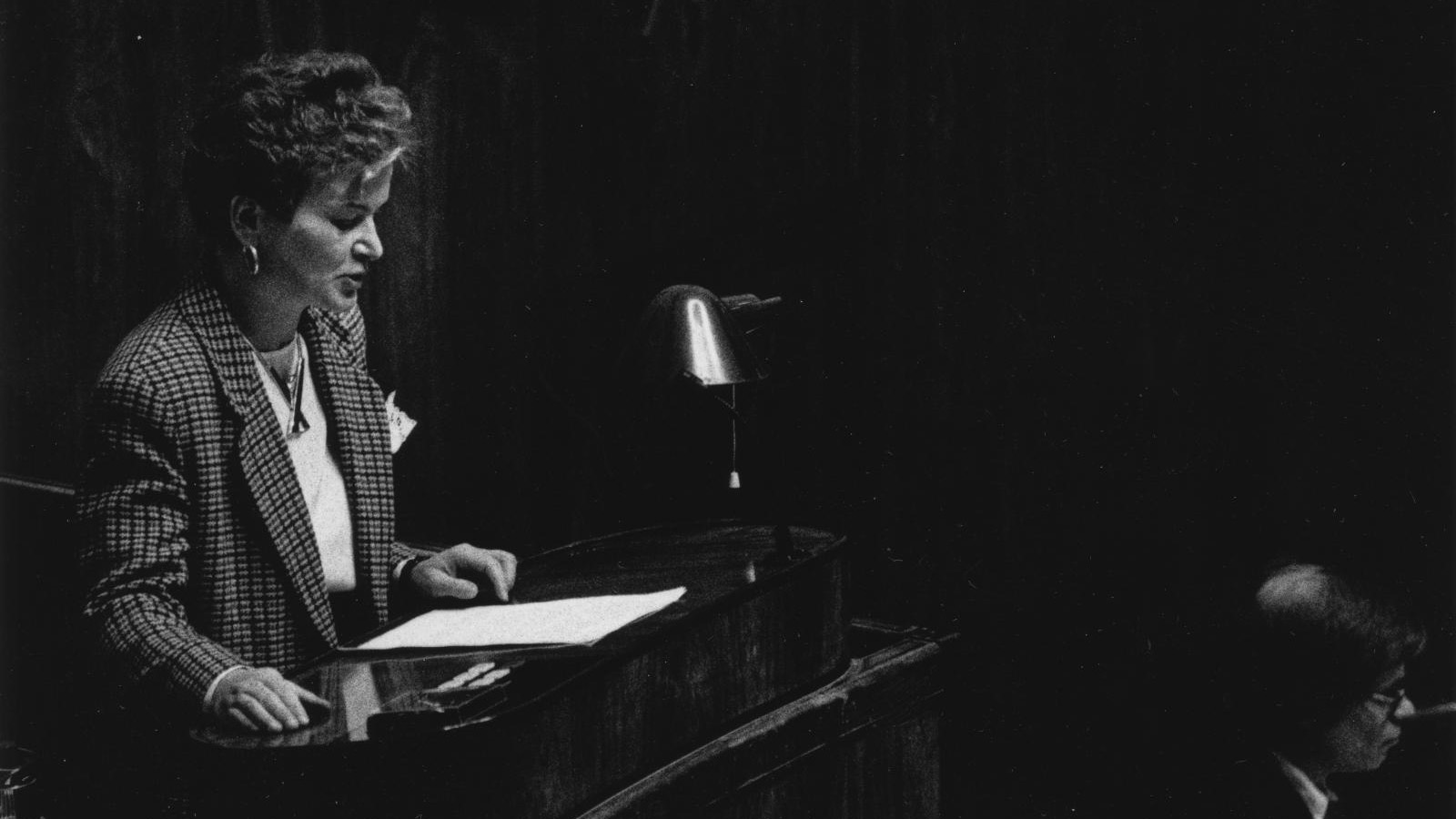 Hannele Pokka, a veteran of politics, has held the posts of a Minister, County Governor and Permanent Secretary at the Ministry of the Environment, for example.

Hannele Pokka, Minister of Justice, delivering a speech at the Parliament on 7 January 1993. Kari Hulkko/Työväen Arkisto

Besides being a politician, adjunct professor of environmental law and governor, Pirkko Hannele Pokka is also an author who has published nine books.

Hannele Pokka grew up in the Muurola area of Rovaniemi, obtained a law degree and worked as a lawyer at the Central Union of Agricultural Producers and Forest Owners (MTK) from 1976 to 1979. Initially involved in student politics, Pokka sat on both the Rovaniemi City Council and the Assembly of the Lapland Regional Planning Authority in the 1970s and the 1980s.

Pokka started her career in Parliament in 1979. She served on the Parliamentary Social Affairs, Constitutional Law and Commerce Committees and the Grand Committee, among other duties. She also chaired the Parliamentary Trustees of the Social Insurance Institution of Finland from 1987 to 1991. After more than ten years as a Member of Parliament, Pokka earned her degree of Doctor of Laws in 1991, with a doctoral thesis dealing with hydraulic engineering and water law.

Pokka was appointed as Minister of Justice to Prime Minister Esko Aho’s Government. The Soviet Union dissolved early on during the government term in 1991, sparking debates on Finland’s joining what was then known as the European Community. Pokka was one of the most visible opponents of EU membership in her party. She stood as a presidential candidate in the 1993 Centre Party primaries, but was defeated by Paavo Väyrynen.

Towards the end of the government term in 1994, Pokka resigned from her ministerial role to become Governor of the Province of Lapland. The following year, she was awarded adjunct professorship in environmental law at the University of Lapland. As of 2008, Pokka has worked as Permanent Secretary of the Ministry of the Environment.

Pokka served as her party’s Vice Chair from 1986 to 1994 and as Chair of Finnish Centre Women from 1985 to 1994. She was also a member of the Feminist Association Unioni. She has chaired the Federation of Finnish Fisheries Association (1985–1998), the Barents Regional Council and the Northern Forum, among others.

Pokka has written nine books, including both literary works and memoirs. She is also an enthusiastic runner, who has participated in a couple of dozen marathons.