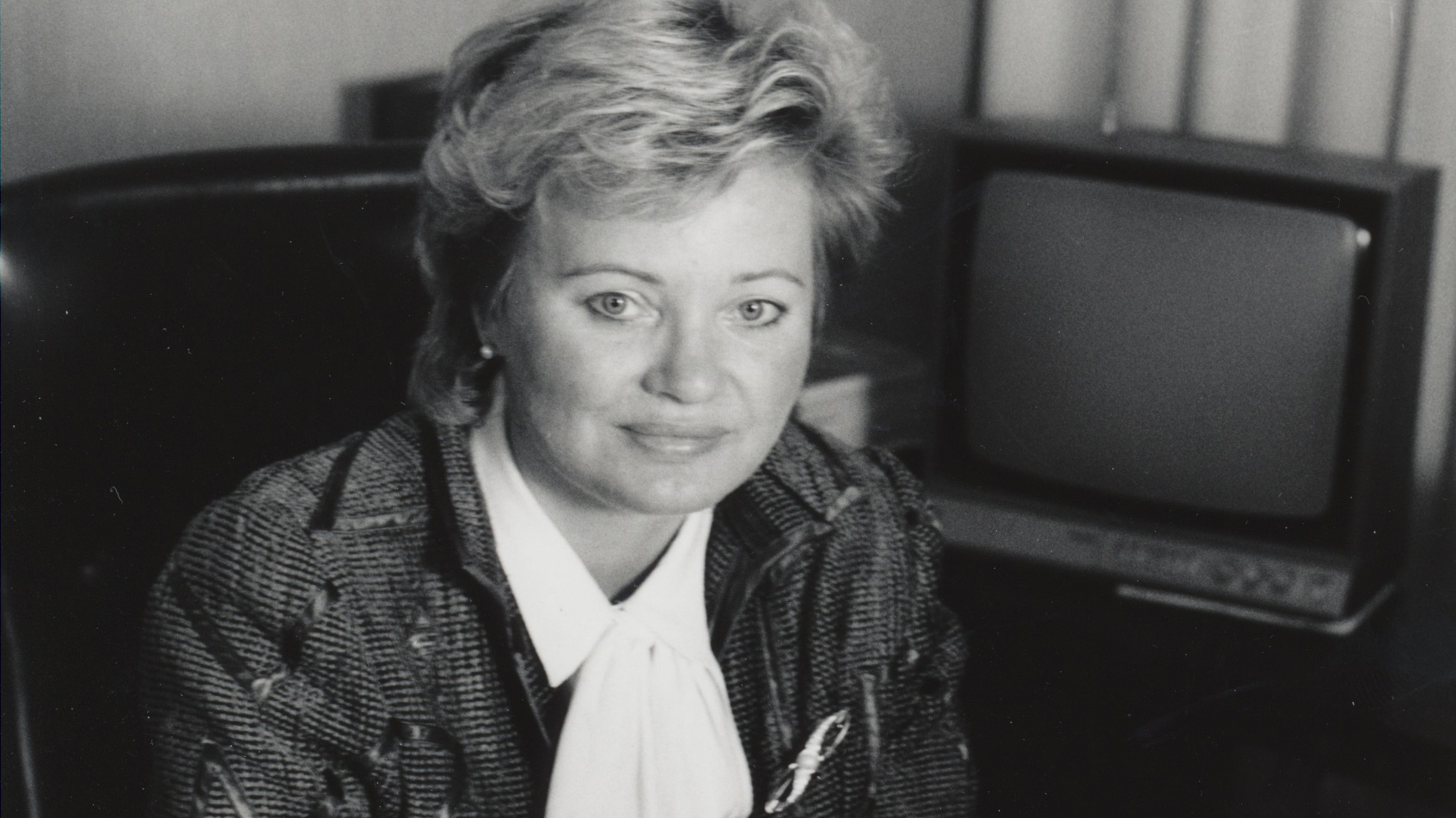 Helena Pesolan political career culminated with the post of the Minister of Social Affairs and Health in the late 1980s.

Helena Pesola was employed by the Social Insurance Institution of Finland (Kela) for more than 25 years. Nykypäivän valokuvakokoelma/Porvarillisen Työn Arkisto

Anja Helena Pesola was a director at the Social Insurance Institution of Finland for more than 25 years.

After moving from Kuopio to Jyväskylä at the age of 5, Helena Pesola became an enthusiastic Girl Guide. She studied economics and business administration as well as political science at the University of Jyväskylä. As a student, she joined the National Coalition Party and became extensively involved in both university politics and civil society organisations. She graduated as Master of Social Sciences in 1975 and went on to work as acting Financial Manager at the City of Jyväskylä Social Welfare Office.

Pesola was first elected to the Jyväskylä City Council at the age of just 25. During her time on the Council, stretching from 1973 to 1987, she served for six years as Deputy Chair.

The Parliament doors opened for Pesola at her third attempt in 1979. As a Member of Parliament, she focused especially on social issues, serving both on the Social Affairs Committee and as a Parliamentary Trustee of the Social Insurance Institution of Finland. Pesola was appointed as Second Minister of Social Affairs and Health to Prime Minister Harri Holkeri’s Cabinet for a period from 1987 to 1989, where she was responsible for social insurance and health care. During her ministerial term, key issues on the agenda included the Mental Health Act, reforms of hospital districts and the Survivors’ Pension Act.

Pesola’s term was cut short when she was invited to take up a position as a director at the Social Insurance Institution of Finland (Kela). She stayed at Kela until retirement, for a total period of over 25 years. At Kela, she was responsible for the Pension and Insurance Security Department, student financial aid and housing allowances, conscripts’ allowances, and actuarial and statistical services. She took public stands on issues such as the need to develop informal care and rehabilitation and called for a customer-oriented approach to the health and social services reform.

Following her move to Kela, politics assumed a smaller role in Pesola’s life. She has held several positions of trust, especially in organisations relating to health care, such as the Finnish Epilepsy Foundation, the Finnish Cancer Foundation and the Finnish Heart Foundation. She also chaired the Council of the Finnish Federation for Social Welfare and Health (Sosiaali- ja terveysturvan keskusliitto ry).