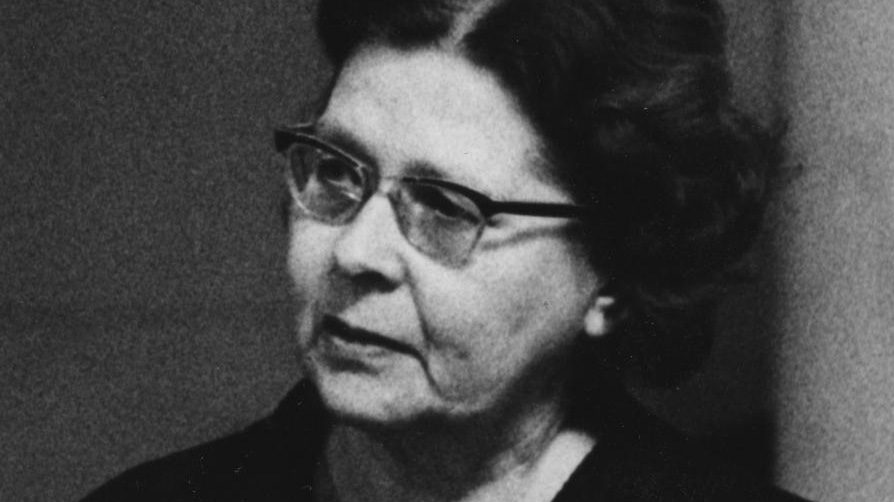 “You must not let your parliamentary work be swayed by any personal sympathies or antipathies – neither political nor social emotions. You must deal with issues matter-of-factly.”

Irma Karvikko served as a Minister on two occasions in the 1950s. The Labour Archives

Irma Helena Karvikko started her schooling in New York and became the first female journalist at the Turun Sanomat newspaper.

When Irma Karvikko was a child, her family moved to the United States at the urging of relatives. Karvikko returned to Turku in 1931 to take her upper secondary school matriculation examination. She graduated as Master of Arts from the University of Helsinki in 1935, majoring in history. In 1937, Karvikko was hired by the Turun Sanomat newspaper, becoming one of the few female journalists working for a newspaper at the time.

Karvikko’s first spell as a Member of Parliament lasted ten years. During that period, her National Progressive Party became the Finnish People’s Party in 1951, and Karvikko was immediately elected as the party’s Vice Chair and to chair its parliamentary group. Karvikko was especially interested in serving on the Parliamentary Banking and Finance Committees, but she aimed to be an all-round politician of nationwide relevance.

Due to her visible role in government negotiations, Karvikko was entrusted with the portfolio of the Second Minister of Social Affairs in Prime Minister Sakari Tuomioja’s non-partisan caretaker government. Karvikko became a proper Minister of Social Affairs in Prime Minister V.J. Sukselainen’s Cabinet in 1957, but her term was cut short as she resigned during that same year. Her resignation was a result of a liquidity crisis in central government finances and Government’s subsequent proposal to postpone child benefit payments, which was blocked by the filibustering tactics applied by MPs from the Finnish People’s Democratic League.

From 1958 to 1962, Karvikko worked as the Editor-in-Chief of the Finnish People’s Party organ, the Polttopiste (‘Focal Point’) newspaper. She was re-elected to Parliament in 1962 and lived through the transformation of her party into the Liberal Party. Described as outspoken and liberal, Karvikko chaired the women’s organisation of her party. She also served on Finland’s first Delegation to the UN General Assembly in 1956 and was elected as presidential elector for four elections.

In the spring of 1970, Karvikko stepped down as an MP, but continued to participate in social debate through local politics and newspaper writings.

“You must not let your parliamentary work be swayed by any personal sympathies or antipathies ­– neither political nor social emotions. You must deal with issues matter-of-factly.” (Eskelinen, Heikki (ed.): He edustavat meitä. Kansanedustajamme kertovat itsestään. [‘They represent us. Our Members of Parliament talk about themselves.’] WSOY, 1966, p. 142.)

“Politics offers an interesting line of work for those who want to delve into issues. At the same time, it builds character. You come to realise soon enough how black-and-white knee-jerk opinions are often erroneous. You must have the patience to weigh different options carefully, to gain insights into causes and effects and to assume responsibility for your decision. You become a realist.” (Eskelinen, Heikki (ed.): He edustavat meitä. Kansanedustajamme kertovat itsestään. [‘They represent us. Our Members of Parliament talk about themselves.’] WSOY, 1966, p. 142.)