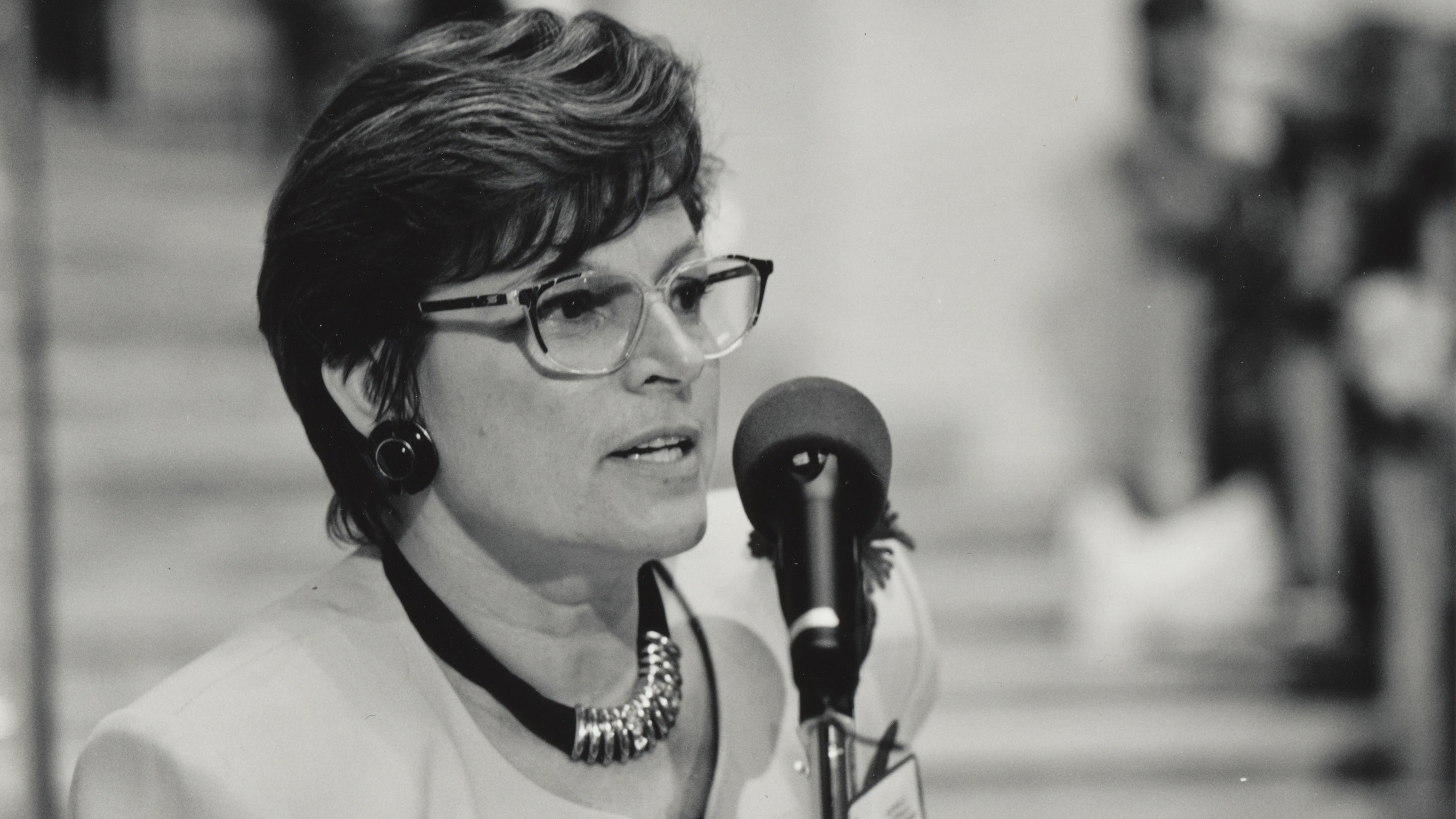 Kaarina Dromberg worked as a member of Parliament for 24 years. She was the Minister of Culture in Lipponen's second cabinet.

Kaarina Dromberg has actively participated in societal debate also after her political career. Nykypäivän valokuvakokoelma photograph collection/Archives of the Organizations of the National Coalition Party

Ritva Kaarina Dromberg served as a Member of Parliament for 24 years and was involved in creating the Network of Finnish Women Members of Parliament.

After graduating from Kouvola Commercial College with a Diploma in Business and Administration in 1965, Kaarina Dromberg had two long careers: she first worked for 18 years as a correspondent and marketing secretary at Oy Ford AB before launching a career as an MP in 1983. Dromberg had become involved in politics through the Vantaa City Council a few years earlier.

Dromberg served on the Parliamentary Commerce Committee and the Finnish Delegation to the Council of Europe, among other positions. In the first years of the 21st century, she chaired the Parliamentary Education and Culture Committee, when she was appointed as Minister of Culture to Prime Minister Paavo Lipponen’s Second Cabinet to replace Suvi Lindén, who had resigned from the role. Her ministerial role lasted for the final year of the government term and included duties such as drafting the Copyright and Freedom of Religion Acts. She was also involved in initiating the Kotka Maritime Museum and developing the Government’s Arts and Artist Policy Programme.

Dromberg was elected Chair of the Union of the Women of the National Coalition Party in 1991. She also served as Chair of the Coalition of Finnish Women’s Associations, NYTKIS. Dromberg was a member of the Vantaa City Council and its historic troika of women leaders for many years in the 1990s. At the time, the Chairs of both the City Council (Dromberg) and the City Executive, as well as the Mayor, were women. Dromberg was also involved in equality work in her role as Deputy Chair of Finland’s official delegation to the UN Fourth World Conference on Women in Beijing in 1995.

During her career, Dromberg held several positions of trust in national defence and women’s organisations, etc. In 2007, she was awarded the Finnish honorary title of ‘valtioneuvos’. Even after leaving politics, she has continued to participate in social debate.