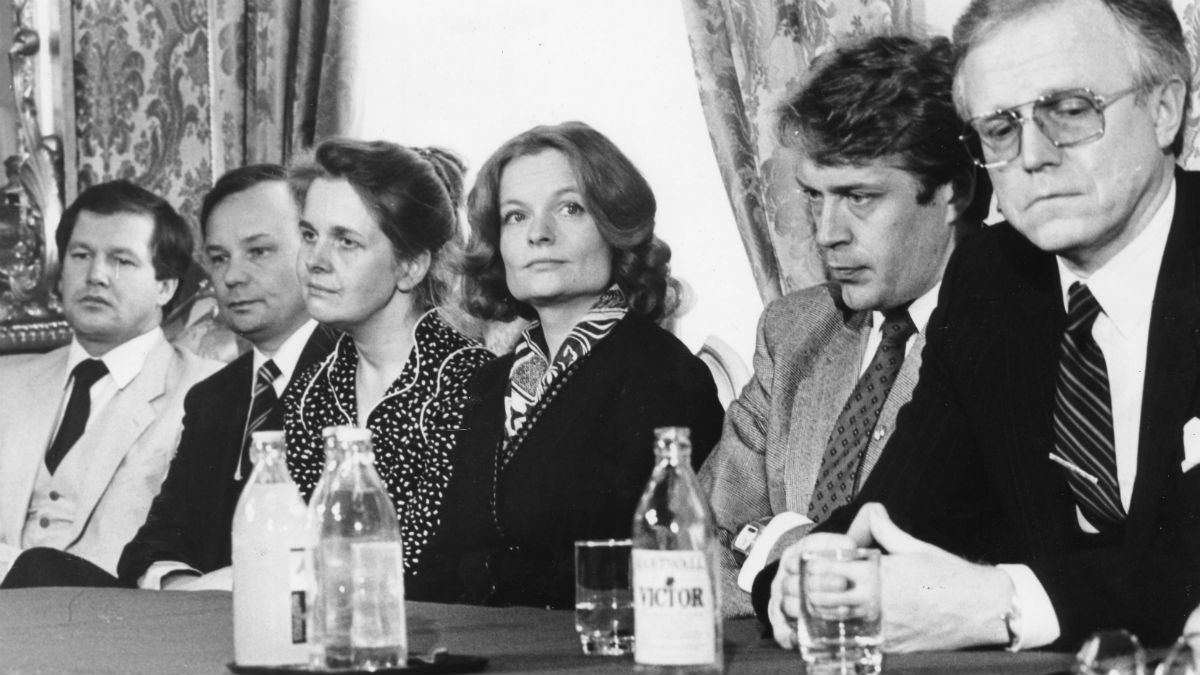 Kaarina Suonio was a highly visible Minister of Culture in the 1980s. Issues such as combating racism were important to her.

Kaarina Elisabeth Suonio, who served as Minister of Education and Culture, found fighting racism important. In the 1980s, she opposed the F1 races in South Africa. Suonio answered the first GSM phone call in Finland, made to her by Harri Holkeri from Helsinki in 1991.

Kaarina Suonio holds the degrees of Master of Arts and Master of Laws. Before her political career, she worked as a psychologist at the Finnish Institute of Occupational Health and was employed as a teacher of psychology and pedagogy and as an organisational researcher by the prison administration. Suonio was involved in television productions dealing with working life and mental health, such as Tuhannen ja yhden yön tarinoita (1970) and Tästä puhutaan (1973), a series of talk shows hosted by Erno Paasilinna.

Suonio was elected to Parliament in 1975. She was a member of the Grand Committee and the Legal Affairs Committee, and served as the deputy chair of the Legal Affairs Committee from 1979 to 1982. She was a member of the High Court of Impeachment until 2007. Suonio served in Kalevi Sorsa’s third Government first as Minister of Culture and then as Minister of Education. The ministerial post continued in Kalevi Sorsa’s fourth Government.

The most important decisions made during Suonio’s terms were related to the construction of cultural facilities. The Pasila project focusing on the centralisation of the facilities for the arts was abandoned. Instead, the funds were used in the building of the new opera house and the renovation of Ateneum, for example. Suonio served as a minister without interruption from February 1982 to May 1986, when she moved to the position of the deputy mayor responsible for education and cultural services at the City of Tampere.

After that, Suonio worked as a head of division at the City of Tampere for one year and as the provincial governor of the province of Häme for three years. She was the managing director of Tampere Hall from 1997 to 2004, and among other things introduced an annual event on philosophy in its programme.

Suonio has held several positions of trust in bodies such as the Environment Protection Council, the Board of the National Board of Education and the Delegation Against Racism. Suonio was a city councillor in Helsinki for eleven years.

Suonio has also served as the chair of Finland Festivals and as the deputy chair of the Asia-Europe foundation.