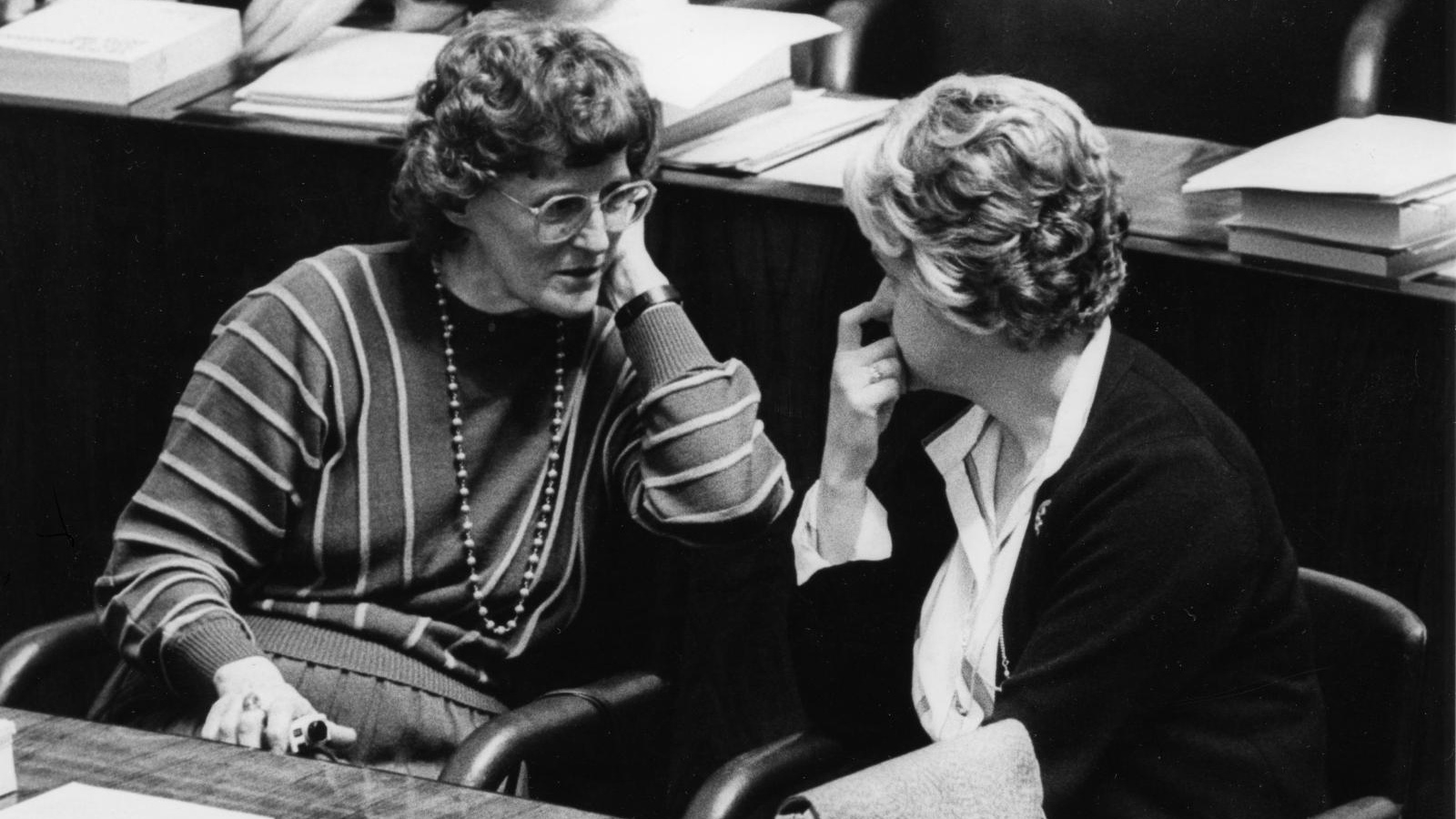 “Someone must always take responsibility, and women are more ready to bear responsibility. Of course, it may be the case that people got the impression that I was the one in charge, because others didn’t have the courage. I’m sure it will be gradually forgotten.”

Kaisa Raatikainen was the first woman in Finland to serve as Minister of the Interior.

As a farmer’s daughter, Kaisa Raatikainen only completed primary school and a course at the Workers’ Academy, as the family’s financial situation did not allow her to pursue any further studies. She married Erkki Raatikainen, a journalist who subsequently became Director-General of the Finnish Broadcasting Company (YLE), staying home to raise the couple’s four children. In the 1950s, the family lived in London for a while, but once they returned to Finland, both became active in the Social Democratic Party. From 1969 to 1992, Kaisa Raatikainen also sat on the Espoo Borough Council and its successor, the Espoo City Council.

In 1970, Raatikainen was elected to Parliament at her first attempt and went on to serve on the Parliamentary Legal Affairs and Commerce Committees, among other duties. She was also elected as Vice Chair of her parliamentary group. Within her party, Raatikainen defined her profile as a left-leaning representative and, indeed, one of her election slogans was ‘the heart is on the left’.

The phrase ‘Love your taxes!’ has lived on as Raatikainen’s famous catch phrase, but according to Erkki Raatikainen, the case had been distorted. In fact, Kaisa Raatikainen meant that Mikko Laaksonen, Director General of the National Board of Taxes, should teach citizens to love their taxes in order to win their approval for the value added tax that he was advocating.

Raatikainen was appointed as Minister of the Interior to Prime Minister Kalevi Sorsa’s Fourth Cabinet, becoming the first woman in this role. Her ministerial term coincided with two events that received a great deal of attention: the Chernobyl nuclear power plant accident and a bank robbery in the Jakomäki district of Helsinki, which resulted in a hostage situation in Mikkeli. The media coverage of these events has been considered to have affected Raatikainen’s popularity; she was no longer re-elected in the 1987 Parliamentary election.

Some time later, Kaisa Raatikainen contracted Alzheimer’s disease and passed away in 2007. Erkki Raatikainen cared for his wife and wrote a memoir of their life together in 2000, entitled Se ruusu on puhdasta purppuraa (‘That rose is of pure purple’).

“Someone must always take responsibility, and women are more ready to bear responsibility. Of course, it may be the case that people got the impression that I was the one in charge, because others didn’t have the courage. I’m sure it will be gradually forgotten.” (Raatikainen’s comment is related to the coverage of the Chernobyl nuclear accident.) (Raatikainen, Erkki: Se ruusu on puhdasta purppuraa. Elegia. [‘That rose is of pure purple. An elegy.’] WSOY, 2000, p. 173.)