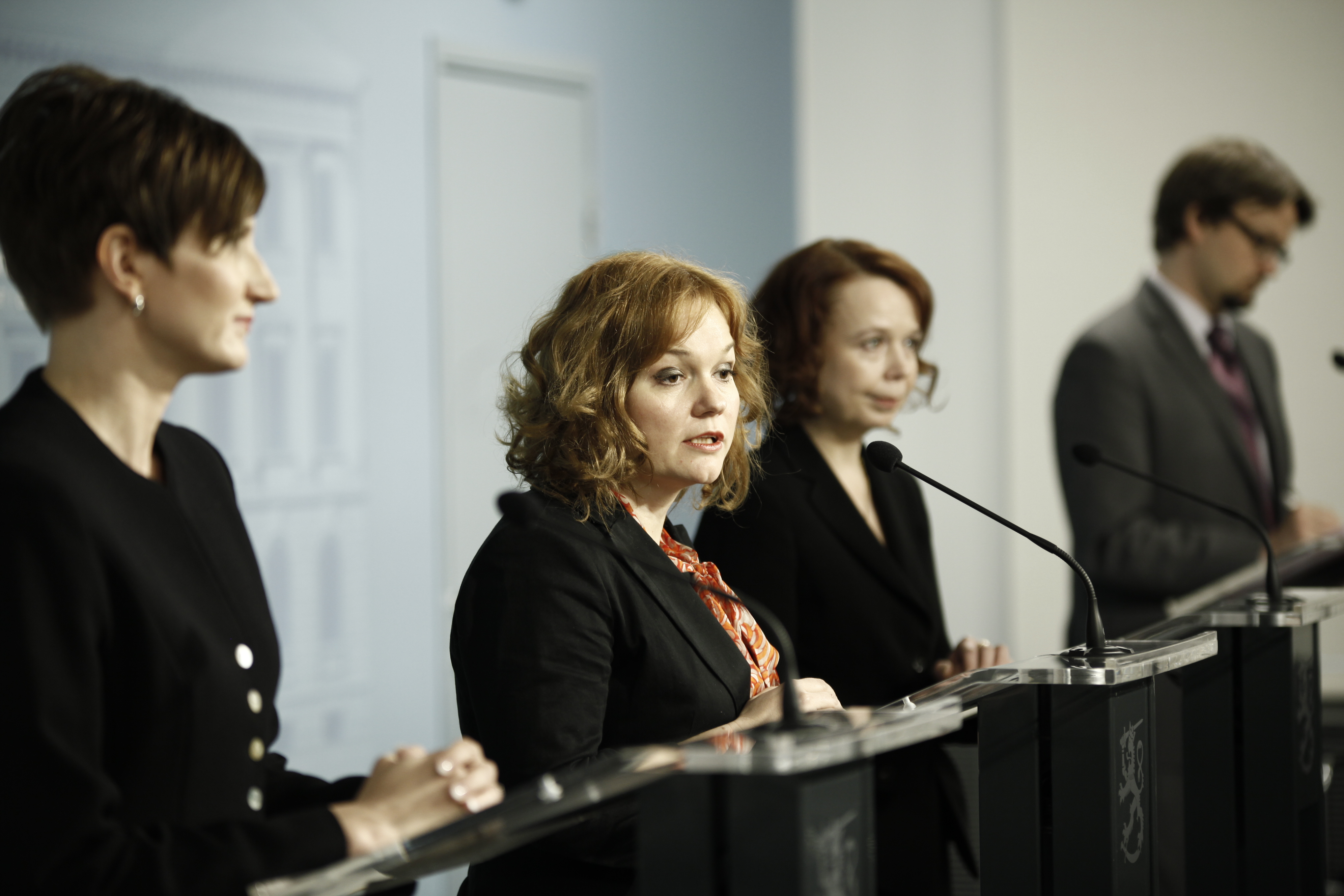 "Nothing happens by chance in politics. Every action or the lack thereof is something you have done."

Krista Katriina Kiuru gave a presentation on the Finnish education system in renowned American director Michael Moore's documentary film "Where to Invade Next".

Krista Kiuru, who spent her childhood in Ulvila and Pori, graduated from the University of Turku in 2001 with a Master's Degree in Political Science. She worked as a philosophy, public speech and expression, and religion teacher as well as a student counsellor until 2007. She participated in local politics in Pori starting in 2001 and served as chairman of the Pori City Council from 2009 to 2012.

Kiuru was voted into Parliament for the first time in 2007. She has been a member of the Parliament's Legal Affairs Committee and Finance Committee as well as of the Communications sub-committee.  Kiuru's ministerial career was just under four years long and began with the position of Minister of Housing and Communications in Prime Minister Jyrki Katainen's government. At the end of the government term, she was transferred to the position of Minister of Education, which included matters related to communications when the Left Alliance left the government. Kiuru also held this position in Prime Minister Alexander Stubb's government.

As a minister, Kiuru endorsed the extension of the compulsory school age by one year and the implementation of tuition fees for foreign university students.  Kiuru feels that her most important achievements were the creation of fast mobile network connections throughout the country as well as the 2013 housing policy reform, which increased the production of reasonably priced rental housing. The structural and financial reform of secondary education fell through due to the government's internal disputes.

Kiuru has held numerous positions of trust in the Finnish Social Democratic Party (SDP). She was the Party Council's deputy chairman from 2010 to 2012 and the party's 1st deputy chairman from 2012 to 2014. As a result of discourse within the party, Kiuru no longer retained a position in the SDP's highest bodies after its party conference in February 2017. She has also worked as chairman for the Consumers’ Union of Finland, the Finnish Red Cross's council and the Finland-Hungary Society.

"Nothing happens by chance in politics. Every action or the lack thereof is something you have done." (Krista Kiuru's website).