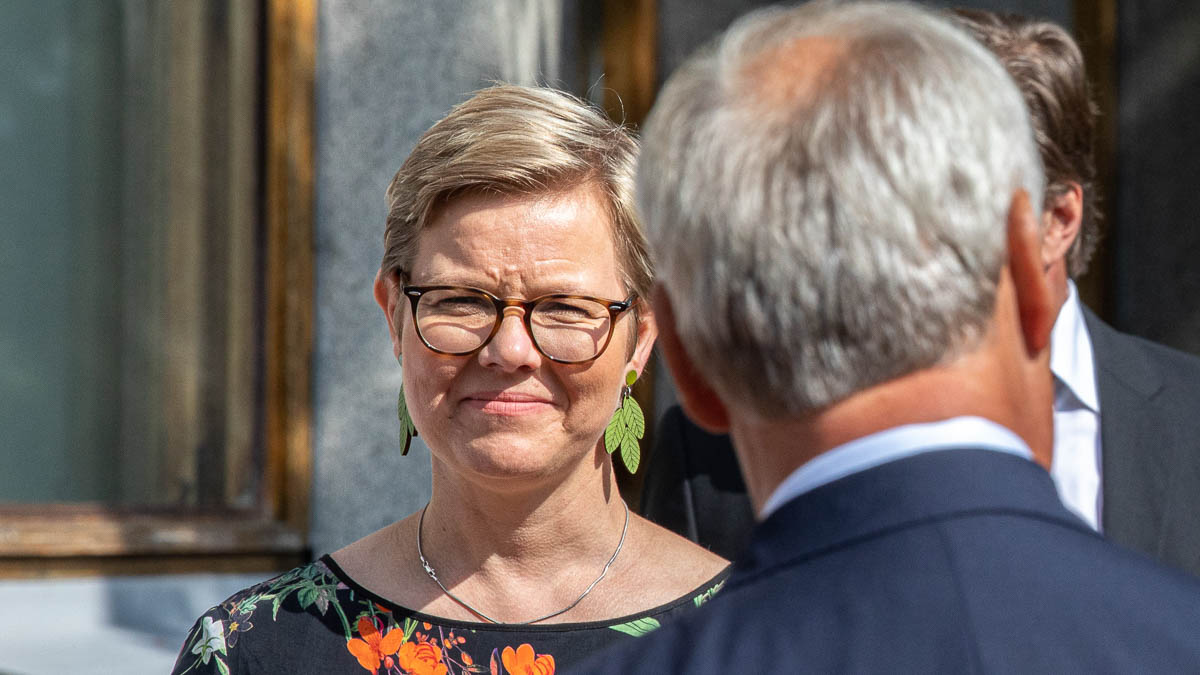 Krista Mikkonen was born in the town of Hamina in south-eastern Finland and went to school in Koria (now part of Kouvola). Now she lives in the North Karelian city Joensuu. She is married to Ville Vuorio and they have three sons.

Mikkonen got interested in environmental issues during her general upper secondary studies. She organised Environment Days at her school and joined a nature protection organisation. She completed her Master of Science degree in biology at the University of Joensuu in 2003. During her university studies, she was involved in various kinds of activities related to the environment and nature. Mikkonen has been an exchange student abroad on two occasions: during her general upper secondary studies in Florida and during her years at the university in Namur, Belgium.

During her career, Mikkonen has worked at the North Karelia Environment Centre, as Club Developer at the Sports Federation of North Karelia and at Waste Management Company Puhas Oy. She has also written various kinds of reports on nature and environmental affairs for the Cooperative of Environmental Specialists. From 2000 to 2003 Mikkonen and her family lived in Kenya.

Mikkonen joined the Green League during her university studies. The first time she was elected to the Joensuu City Council was in 1996, and she has served as a Council Member since 2005. She was the Deputy Party Leader of the Green League in 2011–2015 and, before that, she served in different bodies of the party.

In the parliamentary elections of spring 2015, Mikkonen was elected to Parliament, where she was the first MP representing the Greens from the Savo-Karelia electoral district. In 2016–2019 she chaired the Green Parliamentary Group. Mikkonen was again elected to Parliament in spring 2019. In politics her particular focus has been on the environment, biodiversity, education and equality, and on combatting poverty.