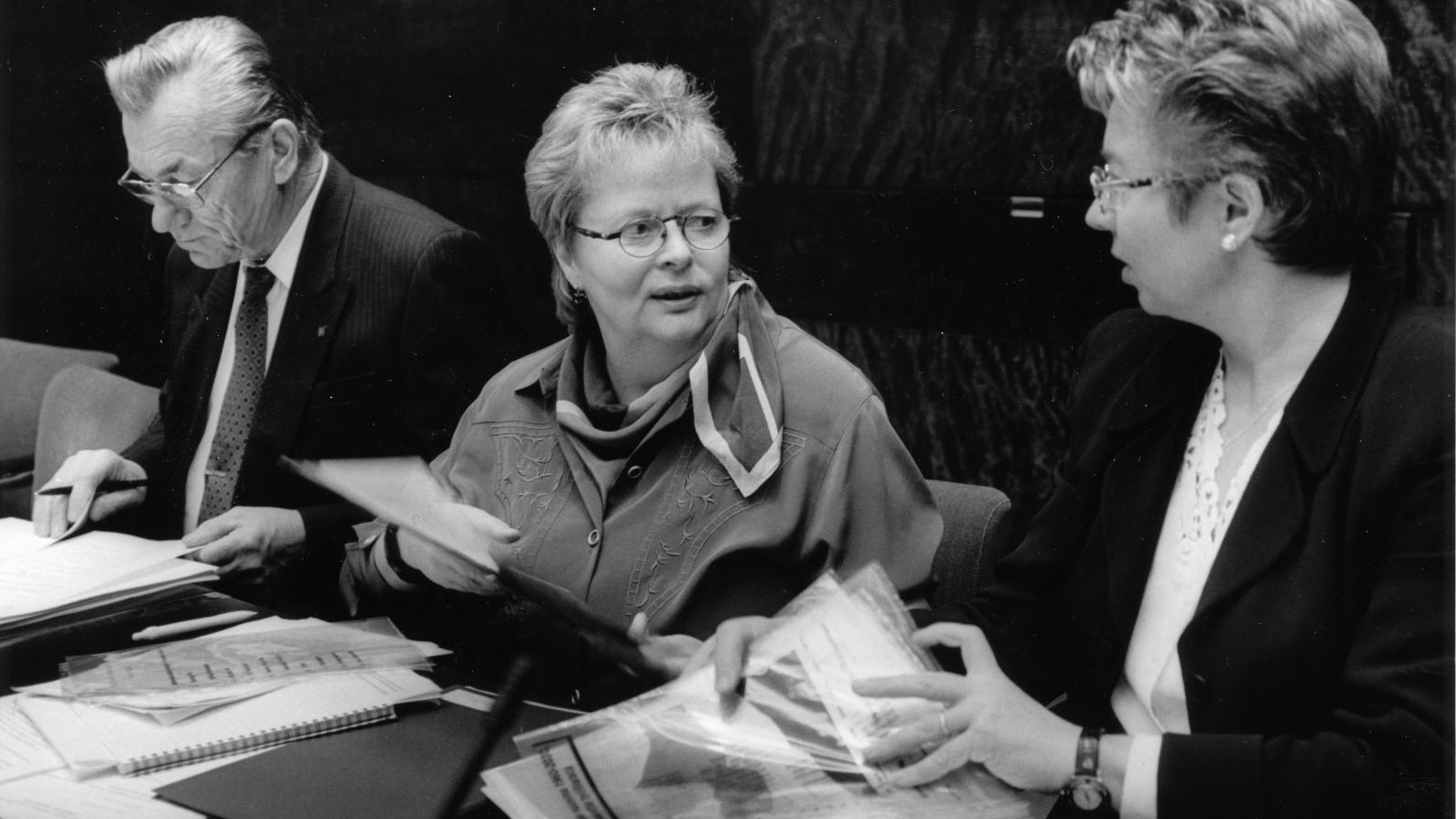 “Equality is not a turn-key project but a road. The road may have dangerous potholes and bends, but you can make progress as long as your goal is clear.”

A long-serving Member of the Finnish and European Parliaments, Liisa Anneli Jaakonsaari was the first woman to become Minister of Labour.

Jaakonsaari started her career as a reporter, first for the Oulu University student magazine Oulun ylioppilaslehti (Editor) and later for the Pohjolan Työ newspaper of Northern Finland workers. She served on the Oulu City Council from 1972 to 1995.

Jaakonsaari started her 30-year career as a Member of Parliament in 1979. She served on several parliamentary committees and in other duties, including as First Deputy Speaker in 2003 and Chair of the Foreign Affairs Committee from 1999 to 2007. She also sat on the Administrative Council of the Finnish Broadcasting Company (YLE) for a long period of time, but resigned in 2007 in protest against the HR policy conducted under the leadership of CEO Mikael Jungner.

Jaakonsaari has held several positions in her party: she was Vice Chair of her parliamentary group from 1987 to 1993 and, subsequently, Vice President of the Social Democratic Party from 1993 to 1999. She also chaired the Federation of Social Democratic Women from 1990 to 1999. On occasion, Jaakonsaari has fallen into disfavour within her party for expressing stands such as support for Finland’s NATO membership.

Jaakonsaari was Minister of Labour in Prime Minister Paavo Lipponen’s First Cabinet, becoming the first woman to hold this position. One of the objectives of the government term was to halve unemployment. Decisions made during Jaakonsaari’s ministerial term included establishing the job alternation leave system.

Jaakonsaari is also remembered for the so-called ‘Liisa’s List’. On this list, presented to the 1994 Party Congress, Jaakonsaari had collected what she considered to be key cost-saving measures.

In 2009, Jaakonsaari was elected to the European Parliament. She has served as Vice Chair of the Delegation to the EU-Russia Parliamentary Cooperation Committee (PCC) and member of the Committee on the Internal Market and Consumer Protection. In her work in the European Union, Jaakonsaari has emphasised themes relating to employment, external relations, Arctic policy, etc. She also chaired the Atlantic Council of Finland from 2009 to 2014.

“Equality is not a turn-key project but a road. The road may have dangerous potholes and bends, but you can make progress as long as your goal is clear.” (Minkkinen, Merja: Biography of Liisa Jaakonsaari on the Women’s Voice in Finland project website at naistenaani.fi.)