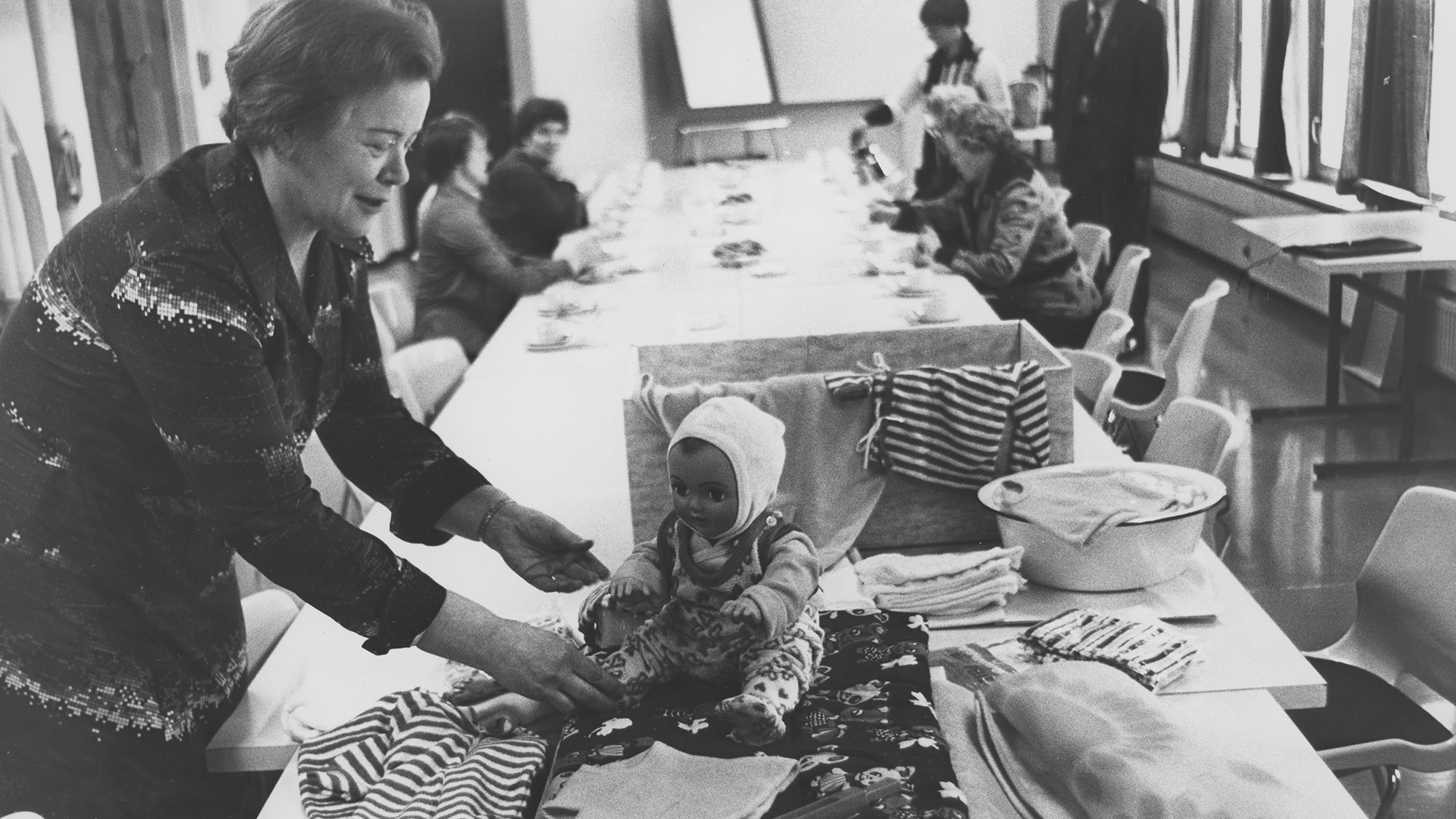 “Politics is what we as people make of it, be it within organisations or as part of our political lives in central or local government. Therefore, let us make it as good as possible.”

A daughter of working-class parents who was involved in the Social Democratic movement from her childhood, Margit Eskman had to work in a shoe factory instead of going to secondary school. After the Second World War, she studied at the Workers’ Academy and the Civic College, where she completed a University Diploma in Local Government. Her long career in local government and as the Social Welfare Secretary of the City of Pori sparked her interest in politics. She was involved in the women’s movement of the Social Democratic Party since 1953 and was elected to Parliament in 1966.

During her career as a Member of Parliament, Eskman focused her efforts on equality issues, especially in economic and tax policies. She served as Minister at the Prime Minister’s Office in Prime Minister Mauno Koivisto’s Cabinet for just over three months, but the greatest opportunity of her ministerial career opened up in Rafael Paasio’s Second Cabinet, when she became the first woman to serve as Second Minister of Finance. Her responsibilities included matters such as collective bargaining. Eskman advocated both for a reform of public-sector employment pensions and for separate taxation of spouses, the latter of which also became a reality.

Eskman’s ministerial term came to an end in 1972, when she became Director-General of the Social Insurance Institution of Finland. In the same year, she also became the second woman in history to reach a leadership position in her party (the previous female Vice President of the Social Democratic Party had been Tyyne Leivo-Larsson, elected in 1955). In 1976, Eskman was appointed Director-General of the National Board of Social Welfare. She had to retire prematurely from this position due to ill health in 1984.

Eskman held several positions of trust: she led Satakunta Social Democratic Women and chaired the Miina Sillanpää Foundation from 1971 to 1981. Eskman was also a member of the Pori City Executive and the Deputy Chair of the Advisory Board for Regional Development. Eskman has been described as an openly ideological and strong-willed, yet approachable superior and colleague.

Eskman was married to Martti Eskman, Director of Social Services, as of 1956

“The way I see it, an MP must closely follow everyday developments in different walks of life to be able to retain the initiative and capacity to put forward proposals for improvement.  This keeping ‘up to date’ and interacting with the living ‘field’ is, in my view, one of the most important responsibilities of an MP.” (Eskelinen, Heikki [ed.]: He edustavat meitä. Kansanedustajamme kertovat itsestään. [‘They represent us. Our Members of Parliament talk about themselves.’] WSOY, 1966, p. 68.)

On 1 January 1971, the 1960 were the topic of YLE's radio programme "Suomi tällä vuosisadalla". Margit Eskman participated in discussion. She can be first heard at time stamp 2.35.