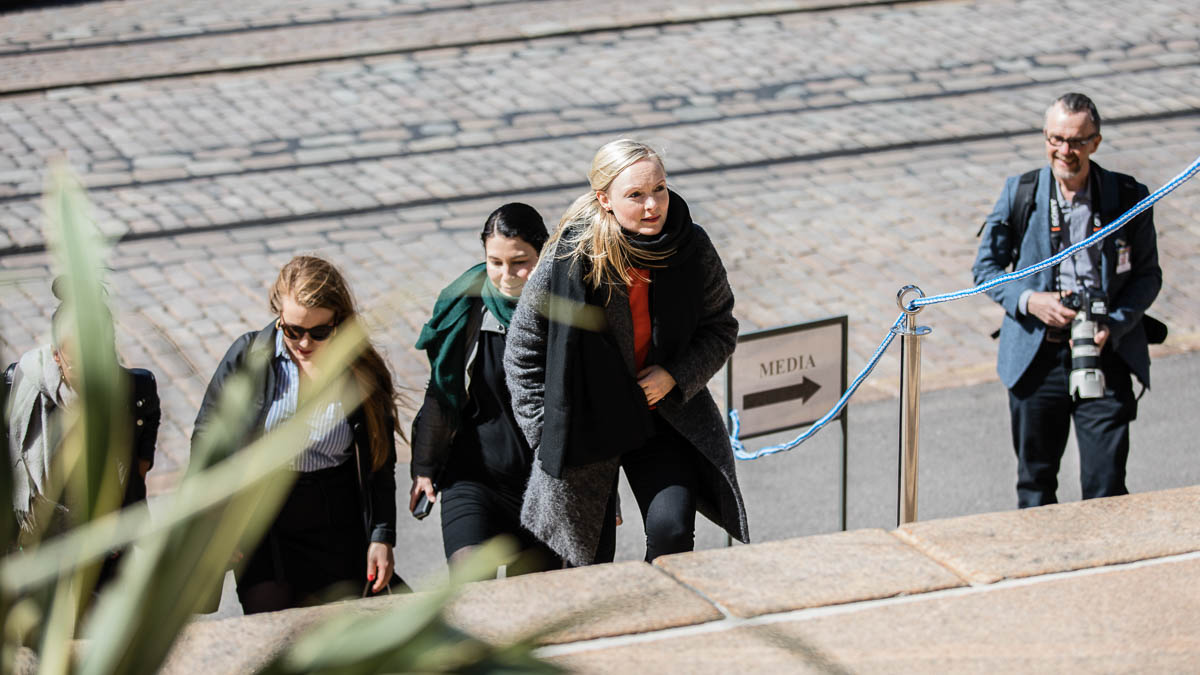 Maria Ohisalo was born in Helsinki on 8 March 1985.

Her priorities in politics include integration of social justice and ecological sustainability. She considers that the promotion of preventive measures and fight against inequality should be at the heart of all sectors of politics.

Ohisalo’s physically active lifestyle originates in her keen interest in sport as a child. Her hobbies then included athletics, football and scouting. As an adult, she has taken part in track cycling games and cycling continues to play an important part of her life. She is also interested in retro video games. Ohisalo is married to Miika Johansson.

Maria Ohisalo became elected to Parliament from the electoral district of Helsinki in 2019 and was appointed Minister of the Interior in June 2019.