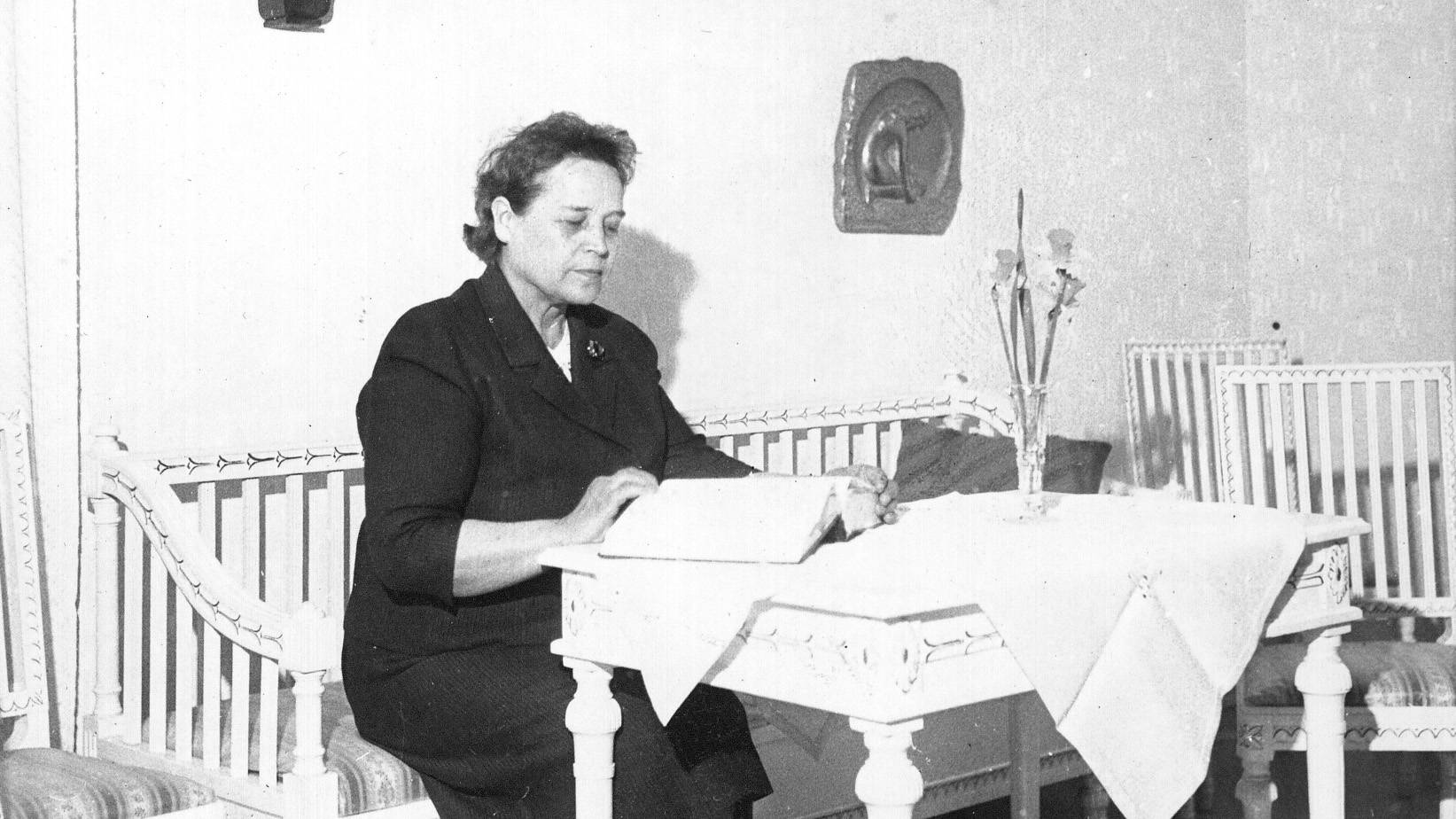 Marja Lahti came from a family of farmers. In politics she specialised in agriculture and economic affairs. Lahti became Minister of Agriculture in the 1960s.

Marja Lahti was extensively involved in civil society organisations and she was elected to Parliament in 1954. Centre Party and Agrarian League archives

As a result of increasing women's organisation activities in the Agrarian Union, five women from the Agrarian Union were voted into Parliament in the 1940s and 1950s. Marja Ida Lahti was the first of them to specialise in agricultural policy. She was appointed Minister of Agriculture in the 1960s.

Marja Lahti was born in a farmer family in Kymi and worked as an inspection milkmaid, livestock consultant and a farm matron during her work career. She married farmer Eino Lahti in 1935, and the couple had one child.

Marja Lahti participated widely in non-governmental organisations, including as the chair of the Martha Association of the Kymenlaakso region from year 1955 onwards.  She was also influential in the Municipal Council of Virolahti and the delegation of the Central Union of Small Farmers.

Lahti entered into national politics through the operations of the Women of the Agrarian Union. She was the chair of the Kymenlaakso district and advanced to the delegation and executive board of the organisation. Lahti's 13-year career as a Member of Parliament started in 1954. While many other female Members of Parliament specialised in social policy issues, Lahti was focused on agricultural issues and economic policy.

She was most enthusiastic about participating in the activities of the Commerce Committee and was its member nearly for the entire course of her term in the Parliament. Lahti submitted several initiatives on the reform of the agricultural vocational training system and aimed to improve the status of farm matrons. She was very familiar with both topics based on her personal experience, and got to also promote them during her second term as a Minister of Agriculture in Prime Minister Virolainen's Government (1964–1966). As was characteristic of the Members of Parliament of her time, Lahti also stood up for the construction of roads in her region.

Lahti also served in positions of trust in Agricultural maintenance and temperance leagues as well as in the delegation of Central Organisation of Cottage Industry. In 1967, she was elected the deputy chair of the parliamentary group of the Centre Party, but died unexpectedly before the end of her term as a Member of Parliament in the April of that year.