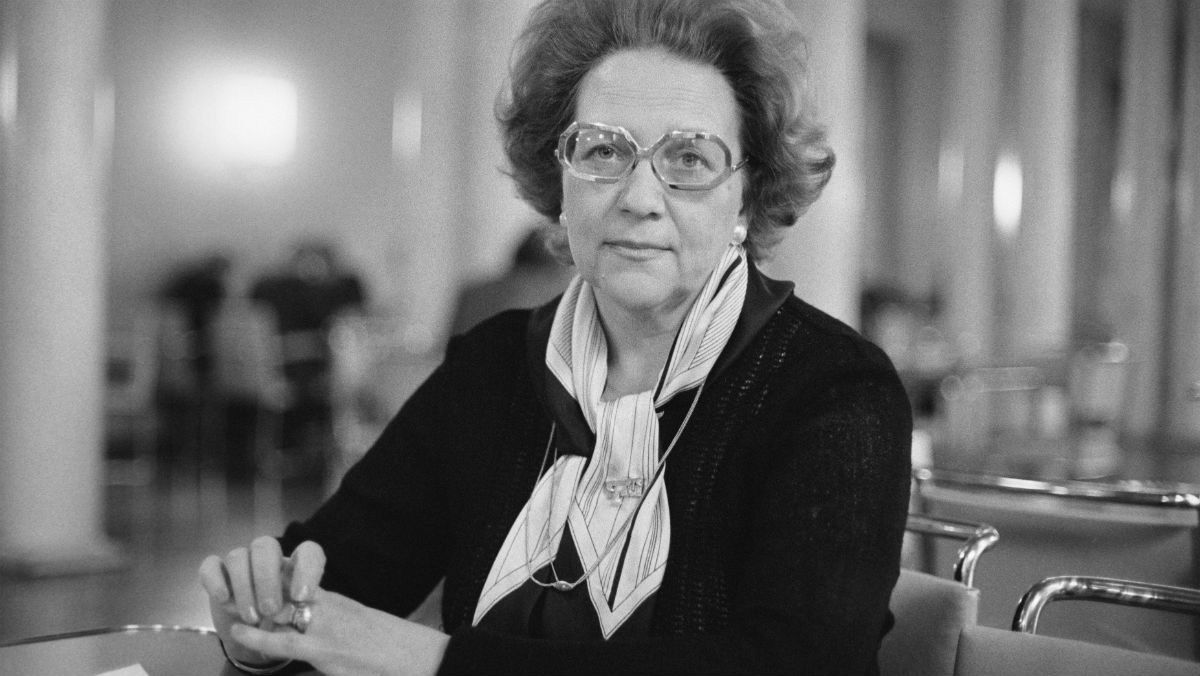 Marjatta Väänänen was a minister in three governments in the 1970s and 1980s. After her political career, she was the first woman to be granted the honorary title of Minister.

Marjatta Väänänen in the café of the Parliament on 24 January 1979. Esa Pyysalo/Pressfoto Zeeland/JOKA//Finland's National Board of Antiquities

Helmi Marjatta Väänänen, named “the only man in the Government”, strived for fairer political power relationships in the field of culture. She also worked as a theatre critic and culture editor.

Aiming to become a journalist like her father, Marjatta Väänänen graduated with a Master of Arts degree from the University of Helsinki in 1950. When the first of her three children was born, Väänänen resigned from the position of culture editor at the news agency Maalaisliiton sanomakeskus. In addition to being a full-time mother, she continued working as a theatre critic and as a culture editor of the Kotiliesi magazine and was active in different organisations. At the end of the 1960s, she took up the post of the information officer of Valio and continued this work part-time also when she was a Member of Parliament.

Väänänen was appointed as Minister of Culture to Kalevi Sorsa’s Government before she had been elected to Parliament. However, she had already been a member of the Finnish Broadcasting Company YLE’s Administrative Council at a time when there was a heated debate about YLE’s involvement in politics. She had also been the only female member in the National Arts Council.

Unlike her predecessors, Väänänen tried to reduce the political influence of the left on the arts councils and on the allocation of funds to the councils. As a result, cultural actors in the Taistoist movement protested by demanding her resignation. Väänänen also received support and because of her firmness was called “the only man in the Government”. She was elected to Parliament in autumn 1975 by a huge number of voters. During her terms as a Member of Parliament she was a member of the Education and Culture Committee, the Constitutional Law Committee and the Foreign Affairs Committee and a member of the Finnish delegation to the Nordic Council.

Väänänen was the Minister of Education in Martti Miettunen’s third Government, which served less than a year. During her short term, Väänänen’s aim was to even the political power relationships in culture, science and education further. The problems that Finnish children had in Swedish schools were also debated as a large number of Finns moved to Sweden in the 1960s and 1970s.

When the Centre Party split up at the end of the 1970s, Väänänen was a supporter of Johannes Virolainen. When Virolainen was chosen as the party’s presidential candidate, Väänänen became a minister for the third time. This time she was appointed as the second Minister of Social Affairs and Health to Kalevi Sorsa’s third Government. Väänänen was an advocate of child home-care allowance, but the allowance was rejected by the Prime Minister in the end.

Väänänen was a member of the board of the Centre Party from 1969 to 1986 and served as the party’s deputy chair from 1971 to 1986. She led the board of the Finnish Centre Women from 1971 to 1985. She also influenced in the City Council of Helsinki between 1976 and 1984. Väänänen held a number of positions of trust, especially in the fields of culture and sports. She was one of the presiding officers of the National Council of Women of Finland for a long time (chair 1973–1982) and a member of the board of the Family Federation of Finland from 1962 to 1976, promoting women’s engagement in society in both of these organisations.

Väänänen stepped down from Parliament in 1991. In 1994, she was the first woman to receive the honorary title of Minister. She has written columns and continued the Huidunperä series of light-hearted articles that her father had begun in the newspaper Maaseudun Tulevaisuus. In addition, she has published three books: Maaseudun nainen (Maalaisliiton naiset 1956), Sadekesän kirjeitä (Kirjayhtymä 1974) and a memoir Suoraan eestä Suomenmaan (Otava 1996).