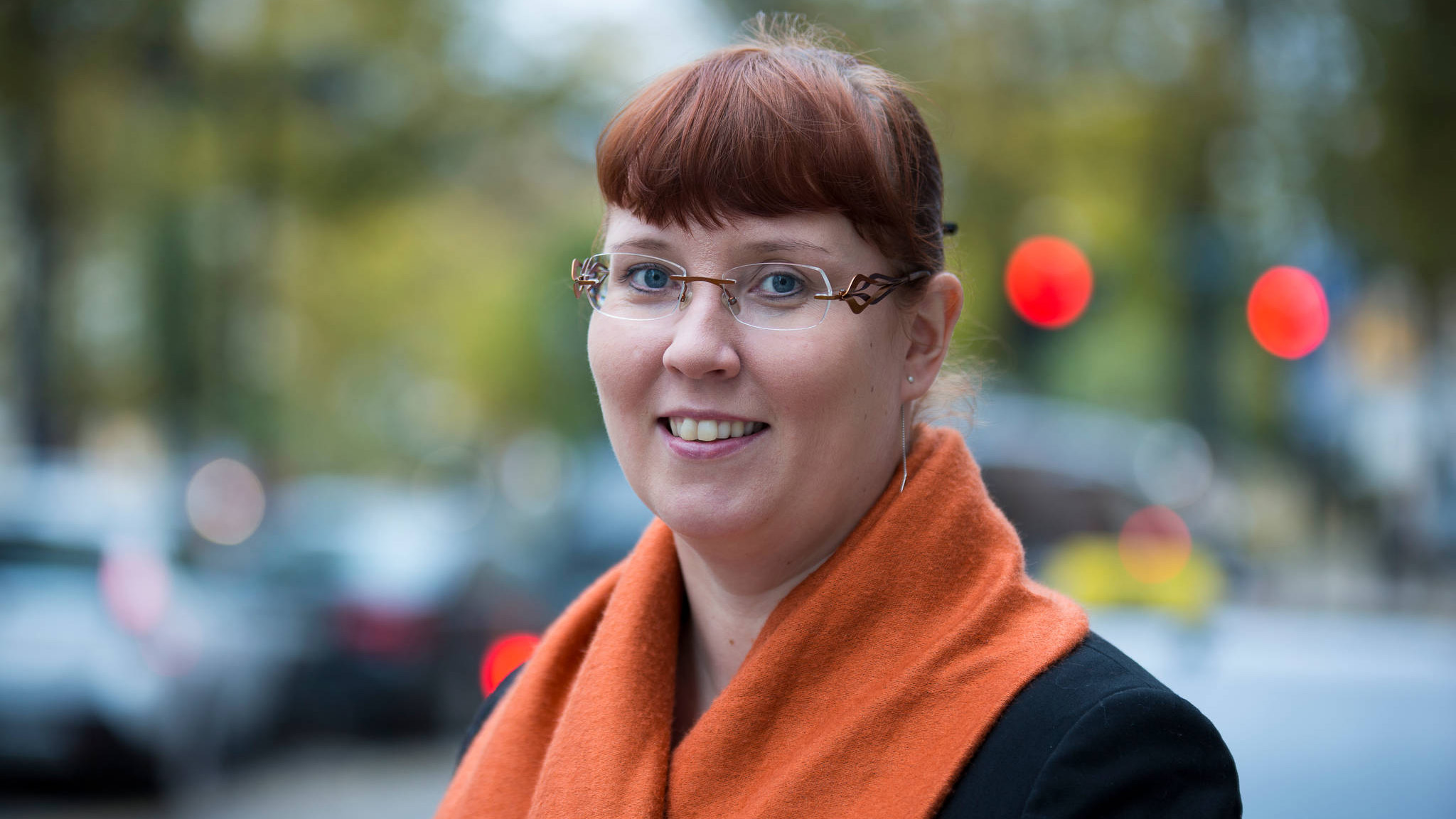 "In Brussels, I have come to understand what a crisis means: natural disasters, war, disruption of safety. In Finland, we perceive things that people can influence as crises. That really makes you tear your hair out."

Merja Sinikka Kyllönen was the Minister of Transport in Katainen's Government and has served as Member of the European Parliament since 2014.

In 2000. Merja Kyllönen, from Suomussalmi, graduated as a biomedical laboratory technician from Oulu Polytechnic and was elected to the Municipal Council of Suomussalmi. Kyllönen, who used to work as a laboratory officer and a technical assistant at a pharmacy, continued her career in politics in the Council of the Kainuu region, among the representatives of Tradeka (2004–2011), and in the Parliament of Finland beginning in 2003.

Among other duties, she served as a member of the Chancellery Commission and the Employment and Equality Committee. She was appointed to the executive board of the parliamentary group of the Left Alliance and as the Minister of Transport in Katainen's Government. During her ministerial term, Kyllönen's proposals included a toll system favouring public transport and decreasing the alcohol level limit for driving under influence.

During her term as minister, the government resolution was made on the closure of Helsinki-Malmi Airport and turning it into a residential area. Other noteworthy topics included confusion related to a transport funding proposal as well as Kyllönen's straightforward attitude towards the culture of civil service.

The Left Alliance resigned from Katainen's Government due to the proposal by the government session on spending limits in the spring of 2014, which also marked the end of Kyllönen's career as a minister. In the summer of 2014, she was elected Member of the European Parliament as the only representative of her party. In the European Parliament, Kyllönen's focus areas include transport, environment and energy policy as well as employment, and she is a member of the Committee on Transport and Tourism. Kyllönen was the candidate of the Left Alliance in the presidential elections of 2018. She received 3.0% of the votes.

Her hobby is writing poetry. She publishes her poems on her website and has also recited them at the turning points of her career as a politician.

"In Brussels, I have come to understand what a crisis means: natural disasters, war, disruption of safety. In Finland, we perceive things that people can influence as crises. That really makes you tear your hair out." (Mattila, Noora: ”Ex-liikennemestari Merja Kyllönen: ’Olin maalaistöllerö kaupungissa ja sanoin suoraan, mitä ajattelin.’[Former Minister of Transport Merja Kyllönen: 'I was a country bumpkin in the city and did not hesitate to say what was on my mind.’” Aamulehti.fi , 24 January 2017)

”The hardest things as a politician was getting used to suddenly being a public animal that anything could be written about. And it always tends to be something negative. During the whole transport funding affair, headlines were constantly written about me, but I never saw a single story about the fact that we had been able to obtain the missing millions and the projects were going to be realised." .” ”Ministeri Merja Kyllönen: ’Lapsettomuus ei määrittele minua ihmisenä.’ [”Minister Merja Kyllönen: ’Infertility does not determine who I am as a person.’”] ” Menaiset.fi , 21 June 2013).