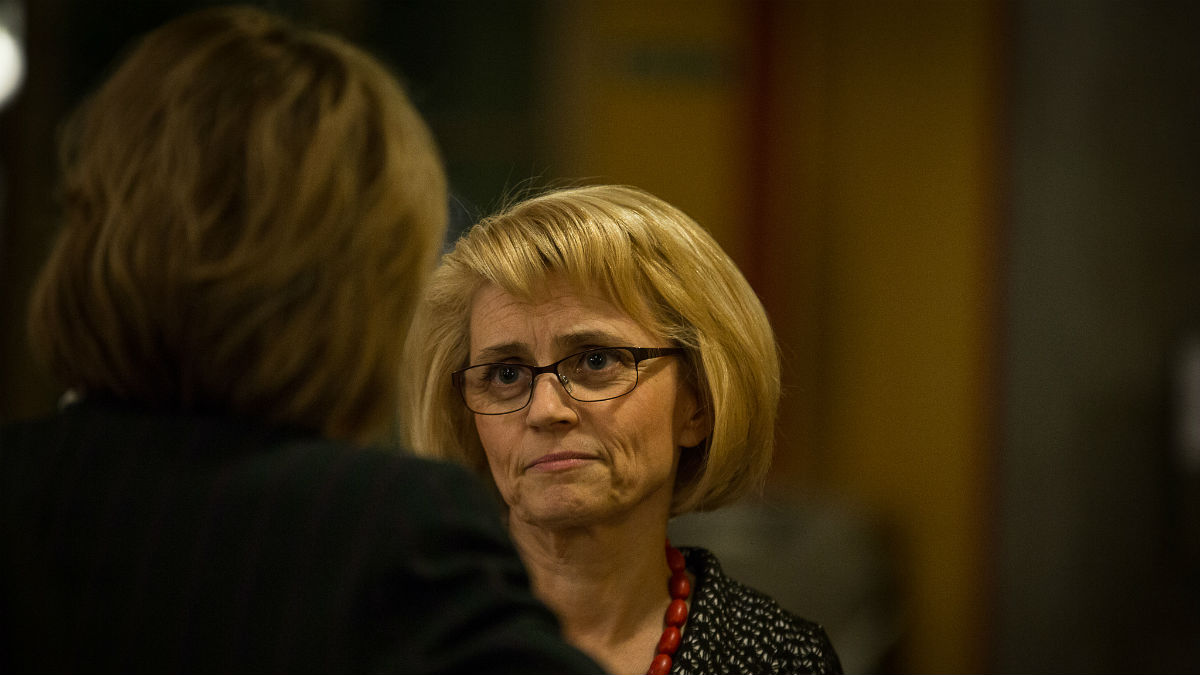 “I will not compromise my values and I will not trade them. I believe we must obey God more than man.”

Päivi Maria Räsänen, Minister of the Interior in two Governments and the former chair of the Christian Democrats, has been a prominent figurehead of her party.

Päivi Räsänen grew up in the grounds of the prison of Konnunsuo in Joutseno, where her father was the estate manager. After having graduated with a Licentiate of Medicine degree in 1984, she first worked as a doctor on the internal medicine ward of the regional hospital of Riihimäki and then consulted patients privately for four years.

Räsänen already found faith in her childhood and served in the board of Suomen kristillinen lääkäriseura between 1988 and 1994. She joined the Christian Democrats in the first half of the 1990s. Räsänen left her post as an occupational physician in central government in 1995, when she was elected to Parliament. As a member of Parliament, Räsänen has served on the Education and Culture Committee, Committee for the Future, and Social Affairs and Health Committee, among other things.

Räsänen was one of the presiding officers of her parliamentary group from her first term as a member of Parliament until 2004 when she was elected as the chair of the Christian Democrats, becoming the first female chair of the party founded in the 1950s. Her career as Minister of the Interior began in Jyrki Katainen’s Government and continued in Alexander Stubb’s Government. She was also responsible for religious affairs in both Governments.

The central issues during Räsänen’s terms as minister included the savings measures imposed on the police and rescue services and the Border Guard. Räsänen also pushed for stricter alcohol policy and defended development cooperation, which she felt could help to reduce security threats to Finland.

Räsänen has been in the spotlight as the figurehead of her party and has opposed issues such as the gender-neutral marriage act, euthanasia and abortions. After almost 11 years as the chair of the party, she stepped down in 2015 and continued to work as a member of Parliament. Räsänen has been a city councillor in Riihimäki since 1993. She has published several books on topics related to both religion and medicine.

“I will not compromise my values and I will not trade them. I believe we must obey God more than man.” (Talvitie, Eveliina: Keitäs tyttö kahvia. Naisia politiikan portailla. WSOY, 2013, p. 51)

Minister of the Interior Päivi Räsänen during the YLE A-studio programme on 28 March 2013 discussing the right of healthcare staff to refuse to perform abortions. Räsänen speaks at 8:40 minutes.