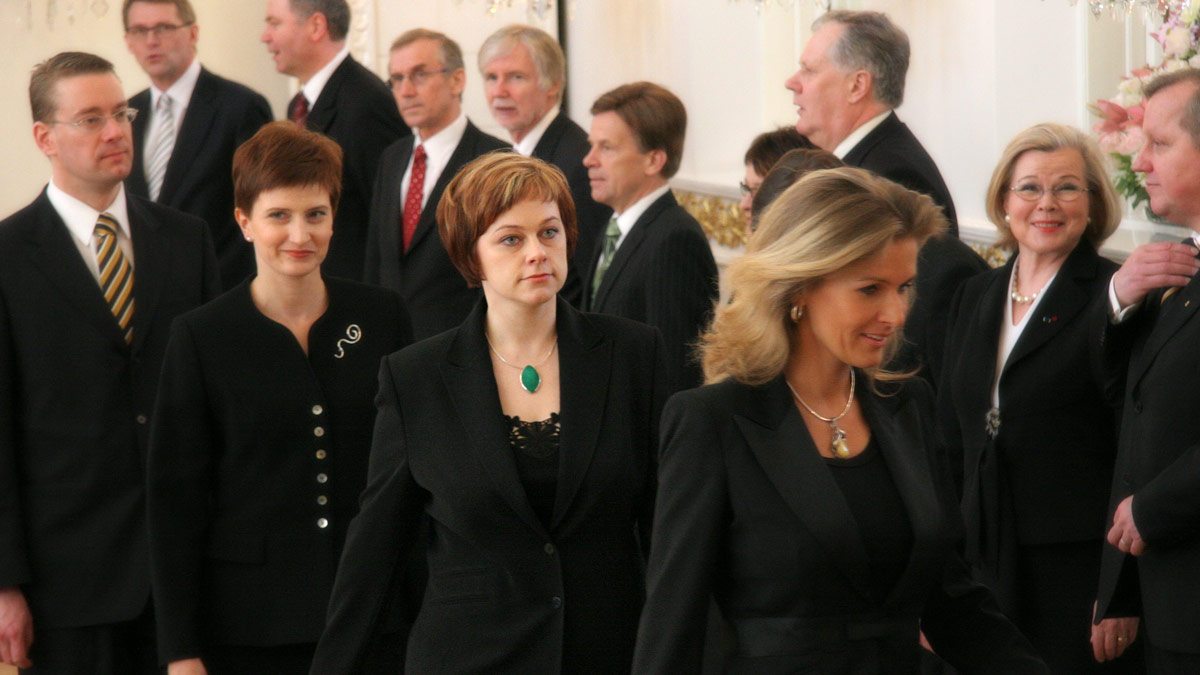 "You can leave the easier tasks for other people. That means you have to do the difficult tasks yourself."

Paula Lehtomäki was appointed Minister of the Environment in the Second Vanhanen Government. Picture at the Presidential Palace, 20 April 2007. Prime Minister's Office

Paula Ilona Lehtomäki is the youngest woman ever appointed a minister in Finland.

A daughter of a family of teachers from Kuhmo, Paula Lehtomäki studied in Turku, graduating with a Bachelor's Degree in Political Science as well as a Master's in Business Administration. Having worked as a substitute lecturer at an upper secondary school and a research assistant, Lehtomäki started her political career at the Kuhmo City Council. She was voted into Parliament in 1999.

As a Member of Parliament, Lehtomäki has served in the Administration and Legal Affairs Committee, and as the deputy chair of the Grand Committee. At the age of 30, she became Minister for Foreign Trade and Development in Jäätteenmäki's Government. She continued in the position in Vanhanen's first Government and subsequently as the Minister of the Environment in Vanhanen's second Government and in Kiviniemi's Government. She was the deputy chair of the parliamentary group of the Centre Party from 2002 to 2010. Stating family issues, she announced that she would not be running for the chairmanship of her party despite broad support in 2010.

The 2015 parliamentary elections marked Lehtomäki's first time running as a candidate for Helsinki. She received enough votes to become a Deputy Member of Parliament. In the summer of 2015, Prime Minister Juha Sipilä appointed her State Secretary at the Prime Minister’s Office. Lehtomäki would have received a seat in the Parliament at the beginning of 2017, replacing Olli Rehn who had taken up a post in the Board of the Bank of Finland, but she applied for an exemption from the position in order to continue her work as the State Secretary.

Lehtomäki has had numerous positions of trust in different foundations and organisations as well as in the supervisory board of VR Group. She was the chair of Finland-Russia Society from 2014 to 2015, but left the position as she was appointed State Secretary.

”My motto is that you can leave the easier tasks for other people. That means you have to do the difficult tasks yourself.” (Interview with Paula Lehtomäki by the Prime Minister's Office, 15/05/2017)

”I never wondered about whether I'm somehow too frail or young woman. I took command of the position [as a minister]. As time went by, I could see that I can manage. Every great leader in the world is just a human. I've yet to encounter a superhuman being.” (Talvitie, Eveliina: Keitäs tyttö kahvia. Naisia politiikan portailla. WSOY, 2013, p. 131).